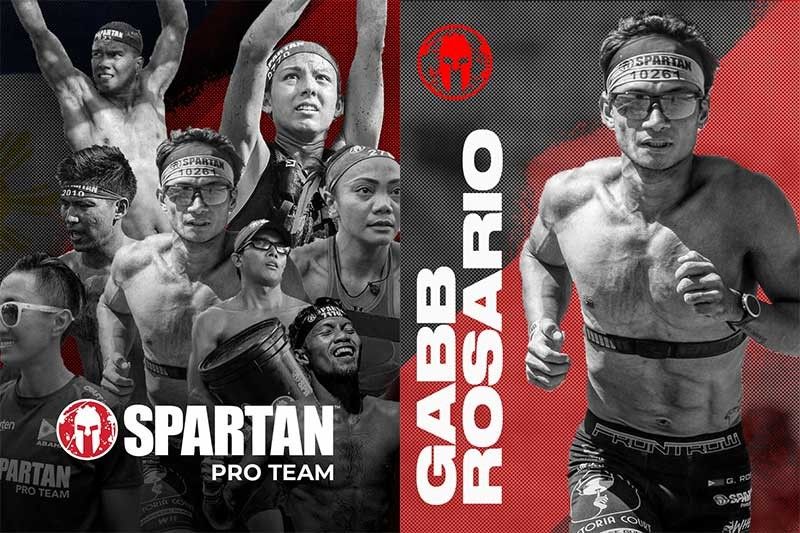 MANILA, Philippines — Spartan Philippines has organized a pro team to represent the Philippines in various international competitions like the Spartan World Championship set in Abu Dhabi later this year.

In collaboration with the Pilipinas Obstacle Sports Federation (POSF), Spartan Philippines rounded up some of the country's best Obstacle Course Racing (OCR) athletes to raise the banner of the country in the sport.

Spartan Race returns in the Philippines after COVID-19 hiatus

"The Spartan Pro Team was made to showcase that there are serious athletes who travel to compete all over the world, nearly every weekend chasing not just fire jumps but podium finishes as well," said Spartan Philippines General Manager Marc Celis.

"It furthers our dream to see OCR in the Olympics in the coming years," he added.

Rosario is part of the 2021 POSF National Development pool for OCR long distance races, and has also competed in all Spartan races held in the country.

Also in the fold are Glorien Merisco and Sherwin Managil who bagged silver medals in the biennial event.

Through the POSF, the Spartan Pro Team will be the banner squad for the Philippines in OCR events.

According to skipper Rosario, they are eager to lift the country in the realm of OCR with their performances in the upcoming competitions.

"I'm so excited to lead the pro team internationally to get more golds and more podium finishes for the Spartan Race Philippines so that the Philippines will be known all over Asia, and of course, all over the world," he said.

The pro team will also be a good starting point for the Philippines as OCR makes its way to international sporting events like the SEA Games, and eventually, the Olympics.