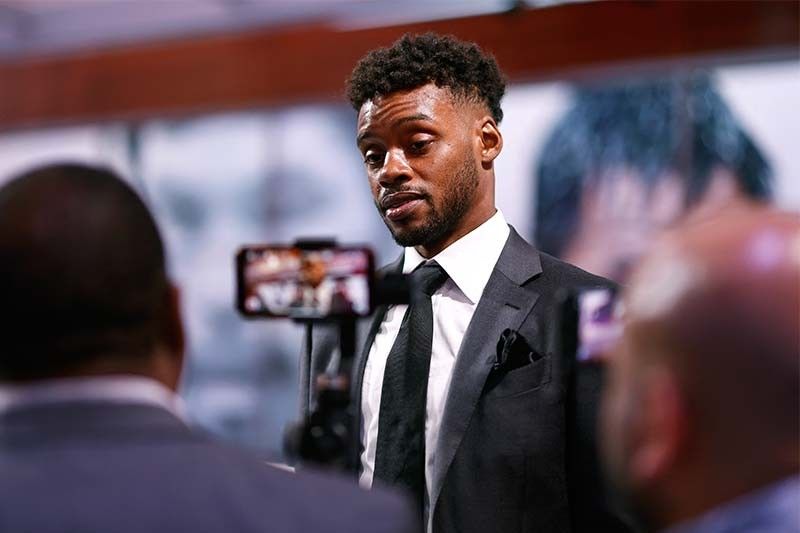 HOLLYWOOD — Once again, Errol Spence Jr. found himself dealing with a new case of bad luck.

Originally set for the biggest fight of his career, the undefeated boxer and holder of twin welterweight titles will instead watch Manny Pacquiao with a different dance partner on August 21 in Las Vegas (August 22, Manila time).

Related Stories
Spence out of Pacquiao fight with eye injury, Ugas to step in
Who is latest Pacquiao foe Yordenis Ugas?

Spence revealed on Tuesday (Wednesday, Manila time) that he sought a second and a third opinion on the torn retina on his left eye, which has prevented him from starring in one of the biggest boxing matches of the year.

“Went to three different doctors all said the same thing,” the 31-year-old fighter posted on Twitter.

Spence, who has yet to taste defeat in 27 bouts, was originally eager for his biggest break in boxing since figuring in a near-fatal car accident in October 2019.

He has since recovered from the horrific incident, proving it by outclassing Danny Garcia in December 2020 to defend his WBC and IBF straps.

Now, Spence is just brushing off this latest setback involving his eye injury.

“I came back from worse,” tweeted Spence, who will reportedly undergo surgery on his eye on Wednesday (Thursday in Manila).

For his part, Pacquiao, who will come back from a two-year break, will instead clash with Cuban Yordenis Ugas, who was more than eager to step in for Spence.

"First and foremost, I ask everyone to join me in praying for a full and complete recovery for Errol Spence Jr.," Pacquiao said in a statement. "Thank God his physical examination discovered his eye condition before he suffered any further damage.

Spence, meanwhile, will have to be contented being the spectator for now and wait for the victor.

“I’ll be back for the winner for sure,” he said.