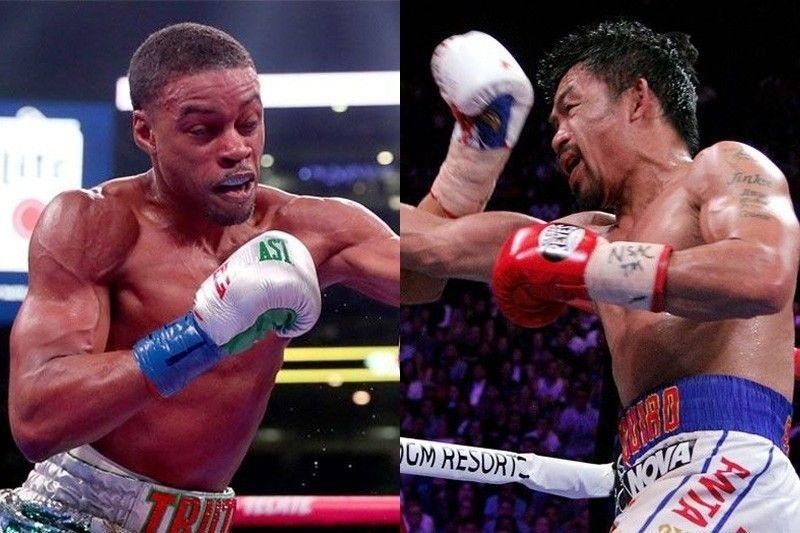 Derrick James, who trains Spence, said he expects his ward to deliver a “statement” victory when the undefeated fighter locks horns with Pacquiao on August 21 in Las Vegas (August 22, Manila time).

“It's very important [for Spence to make a statement],” James recently said in PBC podcast.

And that means turning in the finest performance ever by a Pacquiao opponent.

The Filipino icon had been beaten seven times in his storied career — and three of those losses came by way of knockout.

And of those knockout setbacks, the best undoubtedly was pulled off by Juan Manuel Marquez, who in 2012 knocked Pacquiao out cold in the sixth round of their fourth meeting.

Pacquiao’s other knockout defeats came early in the fighting senator’s career — against Rustico Torrecampo in 1996 and Medgoen Singsurat in 1999 — when Pacquiao was still a young, skinny and unpolished slugger. Both pale in comparison to what Marquez did.

“He has to show up and show out and beat Manny better than anybody else who has done it,” added James, whose task is to ensure that Spence enters the ring in the best shape of his life.

Even at 42 years old, Pacquiao (67-2-2, 39 KOs) remains a dangerous opponent. He has proven it with wins over younger opponents Adrien Broner and Keith Thurman in his last two fights.

Although youth and size are in the 31-year-old Spence’s side, James is still rightfully wary of Pacquiao, who is coming off a two-year hiatus.

“We're looking for the best version of Manny Pacquiao,” he said.

Regardless of the manner Spence does it — and there’s the big question of “if” — a victory over Pacquiao will be the biggest in the American boxer’s career.

But James wants more: For Spence to be the best to ever do it to Pacquiao.

Share
Previous Former CEO of Aga Khan Museum to lead Canadian Museum of History
Next Though more successful in doubles, Eala zeroes in on singles bid