Spence vows to be in better form vs Pacquiao 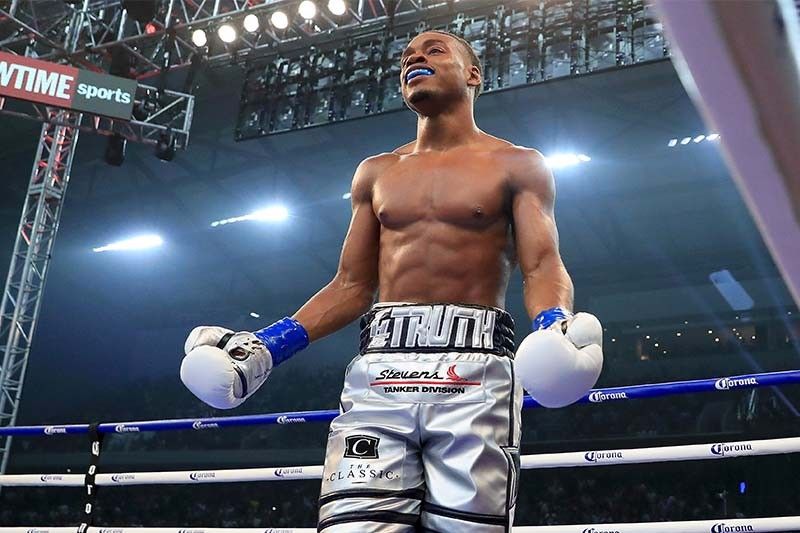 MANILA, Philippines — WBC and IBF welterweight champion Errol Spence Jr. said he wasn't in perfect shape the last time he fought, which he promised would not be the case when he clashes with Manny Pacquiao in August.

Spence (27-0, 21 KOs) defended his titles against Danny Garcia in December last year, but did so without much fanfare even though it was a one-sided unanimous decision win.

It was Spence's first fight since recovering from a horrific car crash, a valid point for the undefeated American's mediocre performance.

"I was probably about 75-80% against Danny Garcia… Now I'm sharp as a tack," Spence said recently in the online show Barbershop Conversations.

Spence acknowledges that Pacquiao (62-7-2, 39 KOs) is a live underdog, and said that he can't afford to show up at anything less than a hundred percent against the Filipino icon.

"I'm going to expect the same Manny Pacquiao we get every time," he added.

The 31-year-old Spence will bring with him advantages in youth and size against Pacquiao, who hasn't fought in two years. That, combined with Spence high work rate and ring savvy, makes him a favorite to beat the 42-year-old Pacquiao.

But Pacquiao is still no pushover even at his age, which he proved the last time he stepped on the ring when he outpointed a younger Keith Thurman.

Seeing Spence turn in a lackluster performance against Garcia could give Pacquiao some measure of confidence when they lock horns on August 21 in Las Vegas (August 22, Manila time).

Spence, for his part, warned Pacquiao not to judge him based on his last fight.

"I'll be a lot stronger and physically better than my previous fight. If he's looking at the last fight thinking there's signs of weakness then he's going to be in trouble," said Spence.