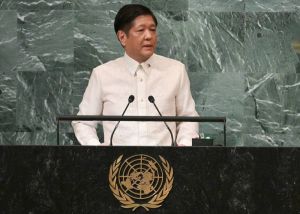 THE government should study whether talk of amending or discarding the 1987 Constitution undermine efforts to draw foreign investments to the Philippines. Many people, including prospective investors, have criticized the country for changing or even reversing policies, often every six years when a new government starts its term. Policymakers might want to look at countries with more economic restrictions than the Philippines, like China and Vietnam, and how they manage to lure more foreign direct investments than most markets in the region.

Arguably, China and Vietnam are fraught with challenges that are more difficult than what investors encounter in the Philippines. Because of their communist systems, for instance, China and Vietnam do not allow private ownership of property. There are also restrictions on the repatriation of income, and for many foreigners, there is a daunting language barrier. At least for China, there are also concerns about the security of intellectual property.

Still, investors flock to those countries. Of course, there are many reasons why, not least of which is their large and increasingly affluent consumer base. But more to the point, investors going there can be fairly certain that the rules of doing business are unlikely to change in the foreseeable future.

That certainty may be attributed to the stability of their respective governments. In China, the communist party has been in power since 1949. For its part, Vietnam has been ruled by the same party since the north and south were consolidated by the communists in 1975. Of course, both countries later opened up their economies and essentially embraced capitalist reforms, without losing the identity of their political systems.

A similar stability may be seen in Singapore and perhaps until recently, Malaysia. Like China and Vietnam, one party has dominated politics in each of these two Southeast Asian nations. But unlike the earlier examples, Singapore and Malaysia are actually investor-friendly.

That stability factor deserves more study, as it could explain why foreign investors have been flocking to China, Singapore, Malaysia and more recently, Vietnam.

The Philippines should be doing comparatively better than them in attracting foreign investments. Here, there is no communication barrier to those who speak English, the language of international business. Filipino culture is familiar to Westerners and others from countries where investments typically originate.

Of course, there are hurdles in the Philippines. But note that the investment barriers existing here are also in Vietnam and China, at least in its earlier stages of development. Certainly, those two countries cannot match the ease of doing business in Singapore and Malaysia. So, a common factor among them seems to be the continuity of laws and other policies.

As mentioned earlier about the Philippines, a typical complaint is the constant shifting in rules and policies that create an unstable and hard to predict business environment. This is what some people mean when they claim that there is no sanctity of contracts in the Philippines. On a positive note, people are more hopeful about the new Marcos government because it pledged to continue many of the policies of the previous Duterte administration.

As expected, though, the Senate has started public hearings on amending the Constitution, perhaps even changing the entire system of government. And recently, there was a suggestion being floated to scrap the 1987 Constitution and bring back the 1935 Constitution.

Whether or not these proposed changes are beneficial, is not the point of this editorial. Rather, talk of change is like background noise to efforts to lure more investments into the Philippines.

President Ferdinand Marcos Jr. just wrapped up a visit to the United States where he talked to major American conglomerates and business groups about opportunities here. Earlier, he visited Indonesia and Singapore where he secured investment and trade pledges worth billions.

One might wonder whether prospective investors might be thinking about how their businesses might be affected by the proposed changes, and whether future governments will continue to honor the commitments made today. Economic managers and policymakers need to ponder on that possibility. Addressing it could unlock the full potential of the Philippines.