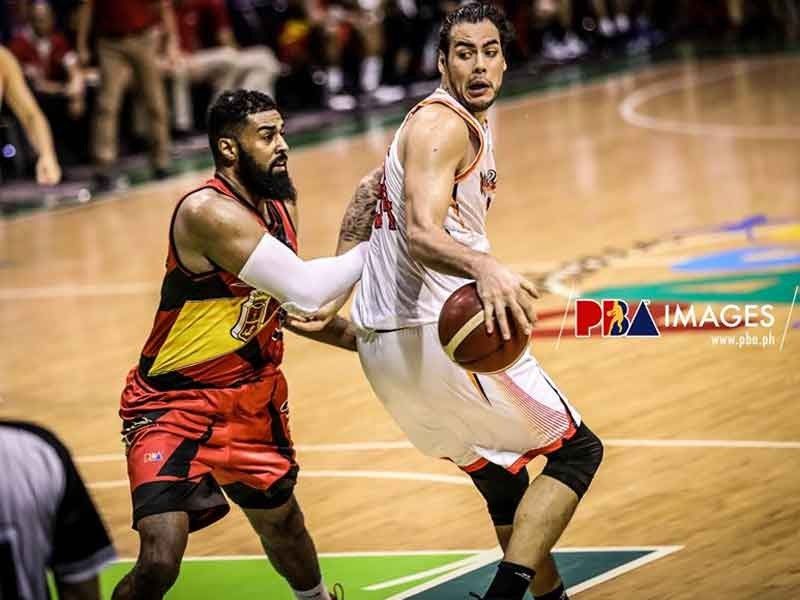 MANILA, Philippines — Christian Standhardinger is making a return to the San Miguel Corporation after being traded to Barangay Ginebra San Miguel in exchange for the returning Greg Slaughter.

The PBA approved the draft on Thursday and sent the Filipino-German player to the Gin Kings after two years with the NorthPort Batang Pier.

Prior to that, Standhardinger was the top overall pick in the 2017 draft where he was selected by the San Miguel Beermen.

He played one season for San Miguel before heading to NorthPort. Last conference, Standhardinger averaged the norms of 19.9 points, 12 rebounds, and 3.8 assists.

Meanwhile, the Batang Pier will have the services of Slaughter who is fresh from a year off from basketball after his contract expired with the Gin Kings last year.

Ginebra coach Time Cone recently confirmed his return to the Gin Kings, but it looks like he won't be playing for them after all.