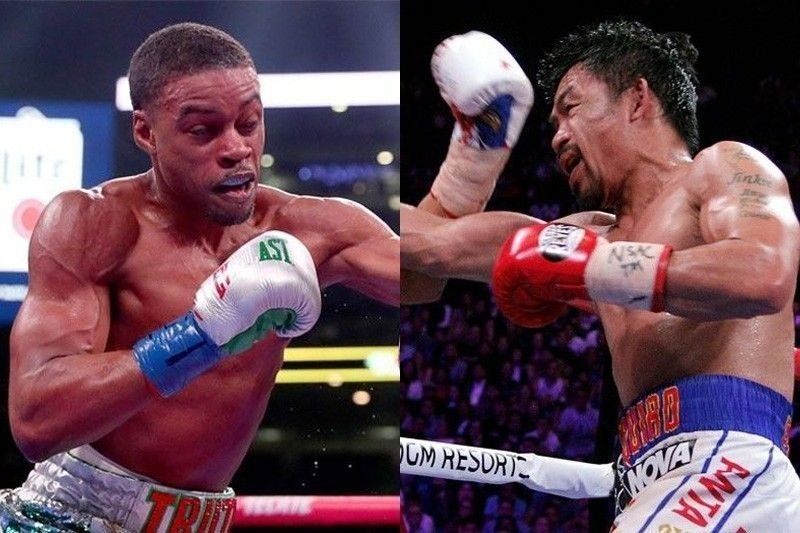 That’s why Freddie Roach’s marching order to his prized ward would be to come out with guns blazing right after the opening bell of their clash on August 21 at the T-Mobile Arena in Las Vegas (August 22, Manila time).

Speaking recently to the UK-based news website The Sun, Roach said Spence’s inferior footwork gives him optimism that Pacquiao (69-7-2, 39 KOs) can get the job done.

"There's a couple of guys I worry about, because they're younger, they're stronger and have very difficult styles,” Pacquiao’s longtime cornerman said.

"But Spence, I do like because he's flat-footed, he's heavy on his feet and he gets tired in the latter rounds,” he added.

Pacquiao is entering the fight as an underdog and having disadvantages in height and reach against the 31-year-old Spence, who will stake his IBF and WBC welterweight titles.

But what Pacquiao lacks in size, he usually makes up with his vaunted speed, which will be crucial against the relatively slower Spence (27-0, 21 KOs).

"I told Manny, 'We have to start quick in this fight. We can't stay in the pocket',” Roach continued.

Expect Pacquiao to employ an in-and-out offense, a tactic that had been fully effective against opponents slower than him like David Diaz, Oscar dela Hoya and Antonio Margarito, to name a few.

"[I told Manny to] Get off your combinations and you're going to get right out the way because he's going to hit you back,'” Roach said.