Staying together whether times are good or bad

Loving you whether, whether

Times are good or bad

And to the tune of the 1971 Al Green song Let’s Stay Together, Charlie Cojuangco and China Jocson marched down the aisle of the Josemaria Escriva Shrine in Gerona, Tarlac, last Dec. 29 in an intimate betrothal ceremony (Catholic engagement under the Canon Law) witnessed only by some family members and the couple’s closest friends. According to a Funfare source privy to the couple’s life, “They met only three months ago and they are so in love.”

In his homily, officiating priest Fr. Melvin Castro told the betrothed, “No difficulty would extinguish love. You have loved before and you decided to love again. That makes you wiser and more in love.”

Indeed, both have loved before, China with somebody (identity withheld upon request) by whom she has a daughter named Cruz and Charlie to Rio Diaz with whom he has two children, Claudia and Jaime. Rio died in October 2004. China is the former assistant to the Presidential Spokesperson Ernesto Abella. 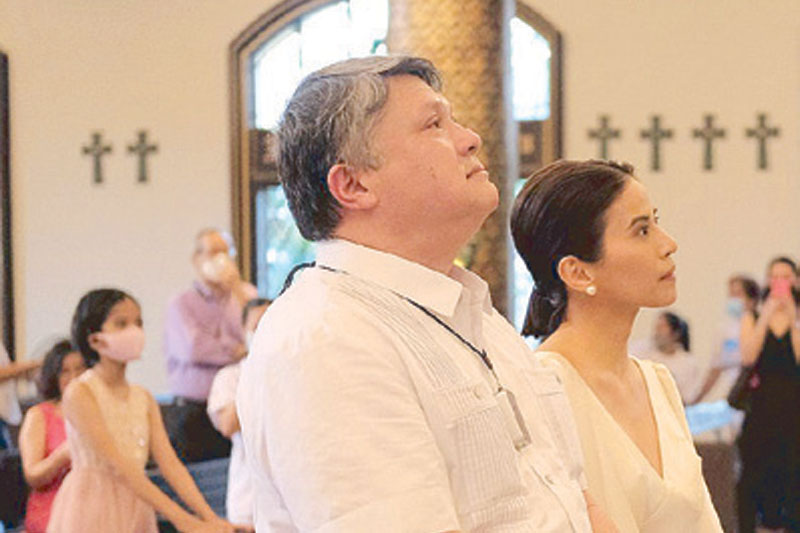 “When Rio died after a long battle with cancer,” related the Funfare source, “Charlie never intended to marry again. He told Rio’s sisters that China is the only woman whom he felt he needed to marry and spend the rest of his life with.” Two of Rio’s many sisters were present at the betrothal ceremony, Gloria and partner Mike de Jesus, and Ruby and husband Buddy Roa, along with Charlie’s brother Mark and Jaime. China brought Cruz with her.

As per the protocols, Dr. Tuquero of Moncada, Tarlac, and his team conducted antigen swab tests before the celebration and the attendees tested negative. Hospital grade air disinfectant was also in place. 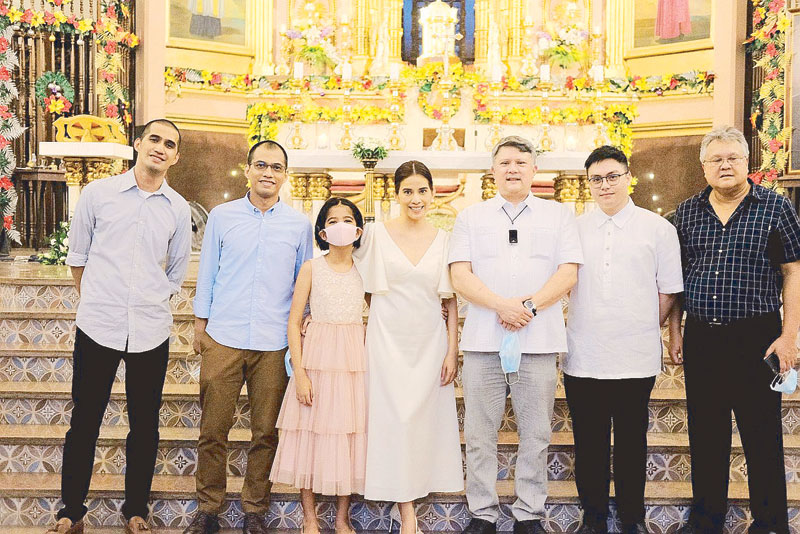 During the exchange of “mutual promises,” with the couple looking lovingly at each other (at one point Charlie was seen pursing his lips and flying a kiss to China), he said, “I will be the yin to your yang, the Batman to your Robin and the ketsup to your mustard.” And China replied, “Yes, Carlos, I will be the yang to your yin and the fruit to your salad. Thank you for waiting for me.”

The ceremony was capped by an equally intimate reception with the guests observing social distancing. Other guests included Tarlac mayors and congressmen and Gov. Susan Yap who acted as Charlie’s witnesses and two of China’s close friends as her witnesses.

A “bigger wedding” is scheduled this year.

And here’s another stanza from the Al Green song: I’m, I’m so in love with you/Whatever you want to do/Is alright with me/‘Cause you make me feel brand new/And I want to spend my life with you.

Share
Previous Getting to know Netflix’s new heartthrob Regé-Jean Page of Bridgerton
Next This would-be Martian never left Earth, but still hopes for life on the Red Planet