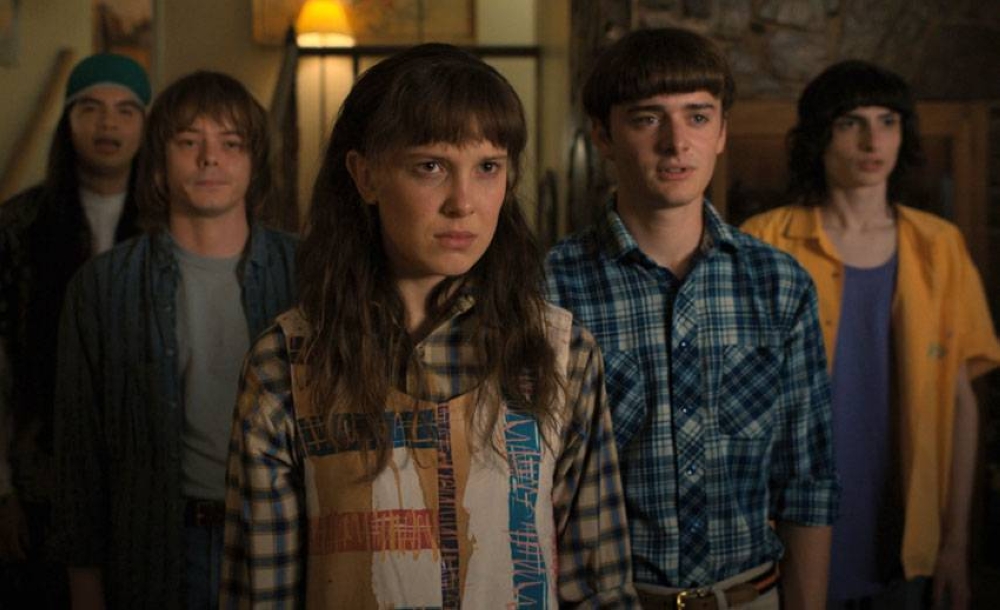 ‘Stranger Things 4’ marks the return of one of Netflix’s most popular titles. PHOTO FROM NETFLIX

Since its release in 2016, the global phenomenon “Stranger Things” has garnered over 65 wins and 175 nominations from the Emmys, Golden Globes, Grammys and Screen Actors Guild. Three seasons later, it continues to be one of Netflix's most-watched titles, logging 582 million hours viewed and a constant placement in the streaming platform's Top 10.

This 2022, fans have a lot to be excited about as the cast and crew have claimed “Stranger Things 4” will be the biggest, darkest and scariest season to date.

The last time fans saw their favorite Hawkins residents, they had gone their separate ways following the Battle of Starcourt. Picking up six months later, group of friends – demon slayers and heroes of the show – Mike (Finn Wolfhard), Will (Noah Schnapp), Eleven (Millie Bobby Brown), Dustin (Gaten Matarazzo) and Lucas (Caleb McLaughlin) must figure out how to put an end to the Upside Down while also navigating the ups and downs of high school. But the action isn't confined to Hawkins, with drama unfolding in Russia, California and elsewhere.

“It's a lot darker. I mean, it's crazy. I remember I just watched the first two episodes because they just sent us like the first four and it just shocked me how crazy and scary it is. Every season, when we do this press, I always say it's so much darker it's so much bigger and it's just like the classic thing you say with 'Stranger Things.' But this season, like when I was watching it, I was terrified for some of the parts so it is definitely darker and scarier,”

Schnapp told members of the Asian media, including The Manila Times, in a digital conference.

Maya Hawke who plays the role of Robin Buckley seconded, “It's darker. But I think it's also so much bigger in terms of the relationships and the dynamics. I've gotten to see some of the episodes and there's just so many storylines and so many interconnected details and it just feels like the scope is huge.”It can be remembered that back in February 2020, it was announced in a joint statement from the Duffer Brothers and Netflix that production had officially begun on the fourth season. However, after two weeks of filming, all Netflix productions, including 'Stranger Things,' were halted due to the onset of the Covid-19 pandemic. After several delays, filming finally resumed on September 28 that same year.

“The challenge was really working within the modern constraints of Covid on set — there were trials and tribulations and shutdowns and worries that were going on with everybody. So that was difficult, but it's still really just a blast to film so I'm so excited to finally launch it almost,” Joe Keery, who plays Steve Harrington, shared.

Natalia Dyer — Nancy Wheeler on the series — also recalled, “It was a good break but yeah, I think we were all just very grateful that they found a way for us to keep going with the story that we're trying to tell.”

According to the cast, working with Englund — who is best known for playing Freddy Krueger — was an absolute honor.

“It's so cool. You know, just kind of watching him do what he does was really kind of incredible. And [he's] such a kind person,” Dyer mentioned.

Hawke added, “He [Robert] came in with such integrity and investment and care and had done such beautiful work on his monologue. I really loved getting to watch him act and it felt like a real inspiration that someday, when I am older and still acting, I come in to do however much time when it's in a new environment, and I come with that same amount of integrity and care [just like him].”

In the end, the cast thanked the fans for their loyalty, for staying with them as they grown both on and off cam.”

I think the group as a whole and the complete cast, which is such an honor to be a part of, is such an unbelievable ensemble in such a special environment. And I think this season, because we're at the beginning of the end, we're approaching this sort of feeling of everyone really changing and becoming the person that they're going to be,” Hawke ended.