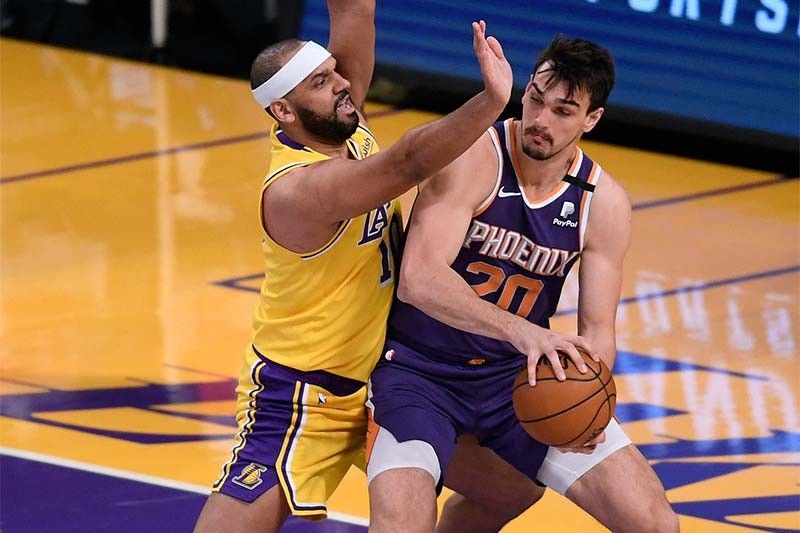 A fourth salvo where they outscored the Lakers, 28-21, was enough to create distance against LeBron James' squad, who were left playing catchup for most of the game.

The Suns were in control for most of the game, with the Lakers only taking a one-point or two-point advantage for short periods of time in the first half.

Phoenix led by as much as 14 at one point in the final quarter.

The Lakers looked to make a comeback coming into the final salvo when they cut the Phoenix lead to just three, 83-86, at the end of the third quarter.

But the Suns were able to make a run to begin the fourth and run away with the game.

Dario Saric led five Suns players who scored in double figures with 21 points, to go along with three assists, and five rebounds.

Devin Booker, for his part, had 17 markers.

James tallied 38 points, six assists, and three rebounds in the losing effort for the Lakers.

In the first game of the day, the Memphis Grizzlies bested the Washington Wizards, 125-111.

The Grizzlies gained momentum in the second quarter and didn't relinquish control afterwards, leading the Wizards by as much as 23 points in the third salvo.

Rookie of the Year Ja Morant dropped 35 points to tow the Grizzlies past their opponents while De'Anthony Melton and Dillon Brooks both had 20 points apiece.

Bradley Beal and Russell Westbrook had 23 points each in the loss for the Wizards.