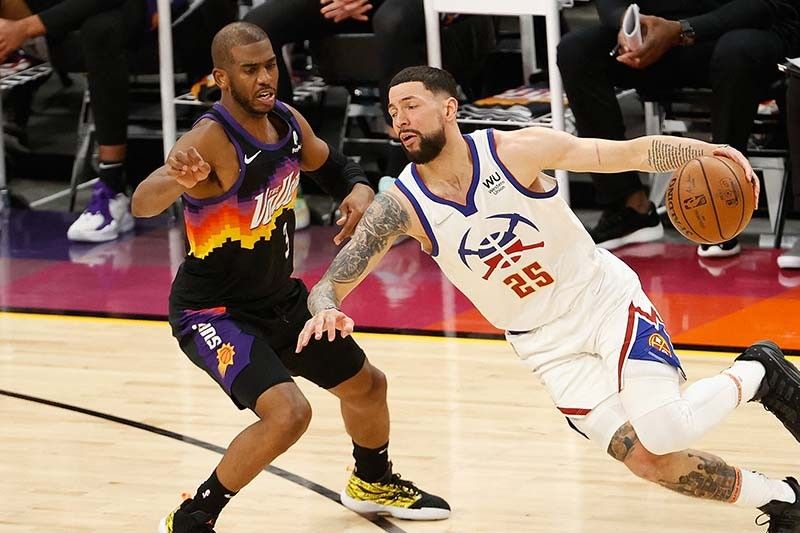 MANILA, Philippines — Nikola Jokic may have been named the 2020-21 NBA Most Valuable Player, but Devin Booker and Chris Paul schooled Jokic's Nuggets in a Game Two blowout, 123-98, in their NBA Western Conference semifinal series at the Phoenix Suns Arena in Arizona on Wednesday (Thursday, Manila time).

In a virtual wire-to-wire victory, the Phoenix Suns led by as much as 31 points in the fourth quarter to give the second-seeded Suns a 2-0 lead.

A 13-1 run in the third quarter blew the game wide open for Phoenix, having entered the second half already with a 10-point advantage, 52-42.

Though Jokic created offense on his own to try and tow the Nuggets back into the game, the deficit proved too much as the Suns' hot shooting buried Denver.

Three Suns finished with double-doubles paced by Paul, who had 17 points, 15 assists and no turnovers.

Booker chipped in 18 points and 10 rebounds while DeAndre Ayton tallied 15 points and 11 boards.

Newly crowned MVP Jokic had 24 points to lead the Nuggets.

The series shifts to Denver for Game Three on Friday (Saturday, Manila time) with the Suns in complete control.