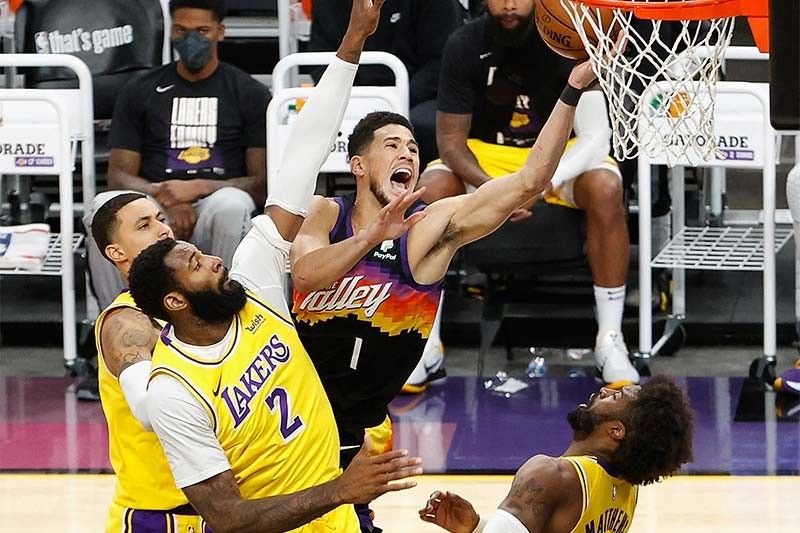 MANILA, Philippines – The Phoenix Suns fashioned out a dominant 115-85 win over the Los Angeles Lakers, who were without Anthony Davis, in a pivotal Game Five at the Phoenix Suns Arena in Arizona on Tuesday (Wednesday, Manila).

Taking a 3-2 series lead against the defending champions, the Suns used a huge second quarter where they outscored the Lakers 32-10 to blow the game wide open.

The second period was highlighted by a 21-2 run by the Suns, which also held the Lakers to zero field goals until the 4:21 mark of the quarter.

It only seemed to worsen after halftime with the Suns’ lead ballooning to 36 points, 78-42, in the third quarter after a step back jumper by Devin Booker.

The Suns also forced the Lakers to commit 16 turnovers — scoring 23 points off them — and took care of the ball on their side with only four.

Booker led the onslaught for the Suns with 30 points while Chris Paul, who was injured in the game, had only nine.

LeBron James, meanwhile, was the lone bright spot for the Lakers with 24 points.

The series will shift back to the Staples Center for Game Six with the defending champions in a win-or-go-home situation.