Superal wavers but stays ahead with 72 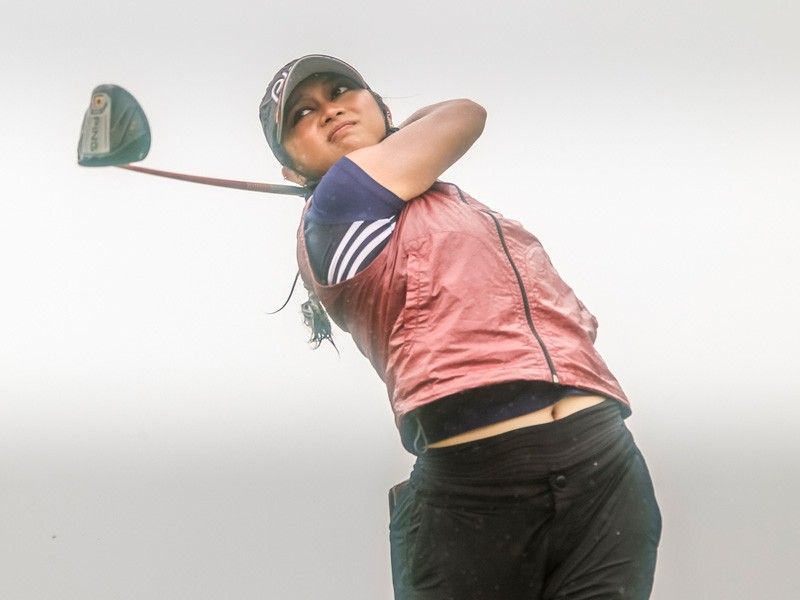 GENERAL TRIAS, Cavite – Princess Superal endured a wobbly frontside windup in tough conditions, scrambling for an even-par 72 and a one-stroke lead over a hot-finishing rookie Harmie Constantino at the start of the ICTSI Eagle Ridge Challenge at the Aoki course here Tuesday.

Looking good with a four-birdie, two-bogey backside start in intermittent drizzle, Superal kept a two-under card with a birdie on No. 5 that negated a bogey mishap on No. 1. But she nearly lost her grip of the lead with back-to-back bogeys from No. 6 in windy conditions as Constantino blazed home with back-to-back birdies to salvage a 73.

In a flight ahead, Pauline del Rosario, who bogeyed three of the first four holes at the back, birdied the fifth to save a 74 while Daniella Uy carded a 75 to stay in the hunt in the first of two Eagle Ridge events, the other being the ICTSI Eagle Ridge Championship on March 23-25, kicking off the new Ladies Philippine Golf Tour season.

Chanelle Avaricio actually crowded flightmates Superal and Constantino with a gutsy 36 start on two birdies against the same number of bogeys. But the Alabama State product lost her focus, touch and momentum at the front, fumbling with four bogeys in the first seven holes then holing out with a triple-bogey on the par-4 eighth. She limped with a 43 and a 79.

Amateur Laurea Duque, meanwhile, turned in a 77 while Marvi Monsalve and Sunshine Baraquiel struggled with identical 78s and former three-time Order of Merit winner Cyna Rodriguez groped for form coming off a long layoff and skied to an 81.

But Superal stayed in shape despite a three-month break after winning the first of two Riviera titles in LPGT’s return in new normal after an eight-month hiatus due to pandemic, birdying three of the first five holes against a bogey and staying on top of the compact field throughout despite her shaky finish.

“I just tried to control my shots and my putting clicked early on,” said Superal, who, however, downplayed her chances for another crack at the crown in this Pilipinas Golf Tournaments, Inc.-organized event. “I’m not expecting anything, I just want to play my game and try to enjoy the week.”

In contrast, Constantino struggled with her putting stroke but came out of the challenging day more than satisfied although she hinted at modifying her game plan in the next two days in an attempt to nail a victory in her first pro tournament.

“I had a lot of opportunities to make putts and I had a lot of mistakes for being too aggressive with my shots and putts,” said the former Univ. of Georgia mainstay, whose 73 spoke well of the caliber of the player who hasn’t played competitive golf the past two years. “Maybe, I need to play less aggressive on some holes and hope to putt better tomorrow.”

Expect del Rosario, who nipped Superal by one to snatch the other Riviera diadem, to likewise make her move, and so do the rest of the contenders, ensuring a spirited chase for top honors in the last 36 holes of the Php400,000 championship.