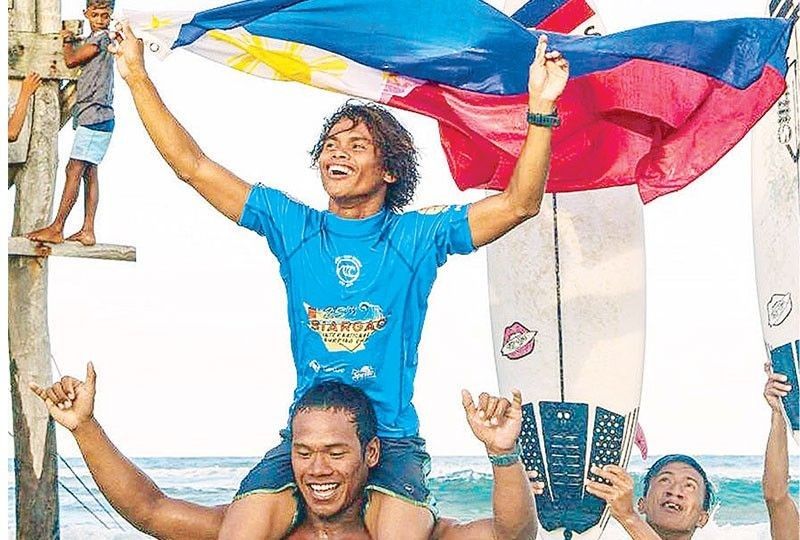 MANILA, Philippines – Surfing would try to duplicate what rowing did when the latter claimed a Tokyo Olympics berth when nobody expected it.

And John Mark Tokong is standing at the forefront of the country’s campaign when the six-member squad plunges into action in the World Surf Games set from May 29 to June 6 in El Salvador where Olympic slots are at stake.

The best male and female Asians there would secure seats in the quadrennial event.

Of these surfers, Blancada delivered one of the two gold copped in the 2019 Southeast Asian Games in La Union while Esquivel accounted for a silver, Valdez a pair bronze and Tokong a bronze.

But it is Tokong, a native of Siargao, who could emerge the country's best chance at securing a spot since he has trained in Australia non-stop during the pandemic.

Thanks to Cris Nievarez, rowing surprised everyone by claiming a slot to Tokyo. And there is a strong chance another one would come from surfing, possibly from Tokong.