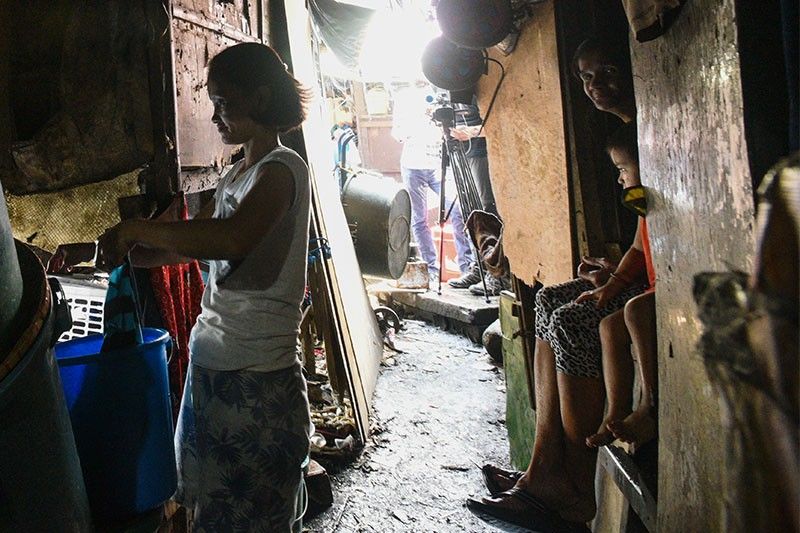 This photo taken on March 18, 2020 shows a mother washing her laundry outside her home along the river in Manila.

MANILA, Philippines — The lowest number of Filipinos are entering the New Year with joy since 2009, while significantly more households will be entering it with fear, new survey results suggest.

In its latest survey results, a report of which was published Tuesday afternoon, the Social Weather Stations found that 91% of adult Filipinos who participated in the survey felt they would be entering the New Year with hope rather than with fear.

Related Stories
SWS reports ‘worst trend in survey history’ as quality of life in Philippines slips
SWS: Only 16% of Filipino families say they aren’t poor
SWS: Only half of Filipinos expect a happy Christmas this year

SWS also found that more Filipinos, or about 7%, felt they would be entering the New Year with fear—three full percentage points up from the 4% of "fearful" Filipinos previously recorded in late 2019.

On more than one occasion, the Palace has responded to unflattering survey results by the polling institution by saying that negative sentiment is to be expected amid the coronavirus pandemic, where the Philippines is not the only country struggling.

READ: Palace 'delighted' that survey results 'only' at 45% joblessness | Palace on quality of life survey: All of us are having a hard time

This is hardly a comfort to Filipinos who found themselves struggling with hunger or with joblessness amid the pandemic, whose spread the national government has still struggled to arrest even after 287 days of community quarantine. 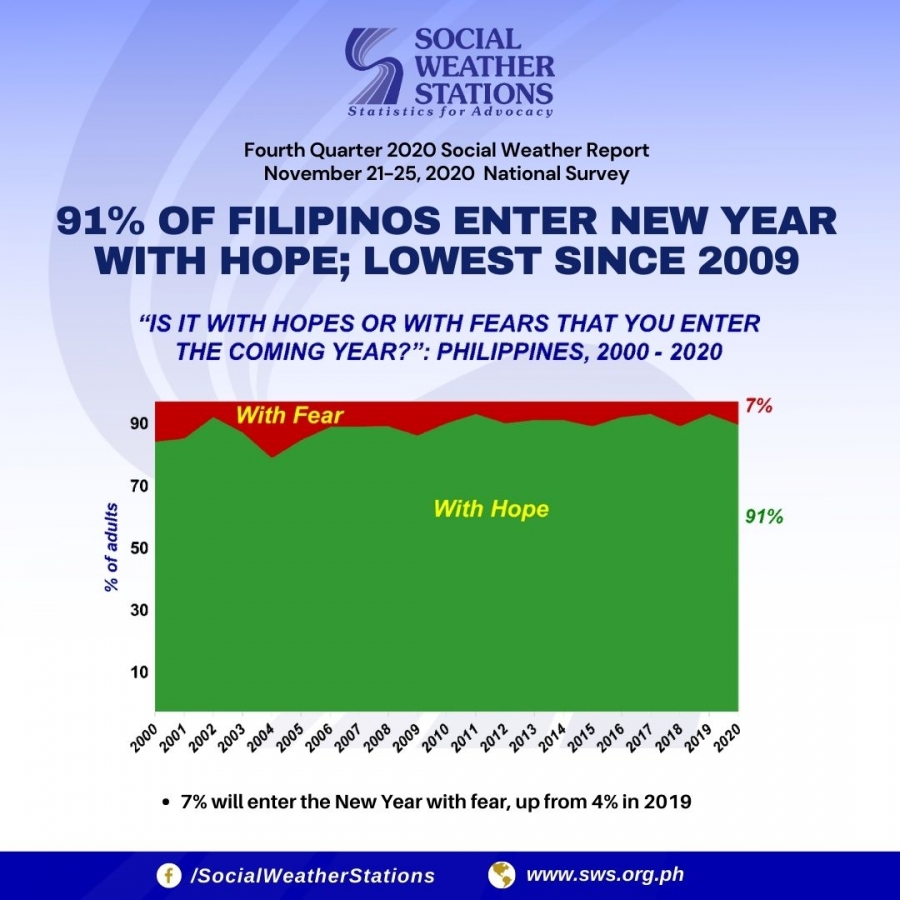 Graphic from Social Weather Stations suggests that 91% of adult Filipinos are entering the New Year with hope rather than with fear.

Earlier SWS surveys painted a picture of how the pandemic and government response affected the Philippines, with hunger and unemployment reaching record-highs, leading to what the polling nonprofit institution said was the "worst trend in survey history" in terms of quality of life.

READ: Palace: No surprise on quality of life worsening in 2020

A total of 1,500 working-age Filipinos participated nationwide in the institution’s research through face-to-face interviewing, which yielded sampling error margins of ±2.5% for national percentages, ±4% for Balance Luzon, and ±6% for Metro Manila, the Visayas, and Mindanao.