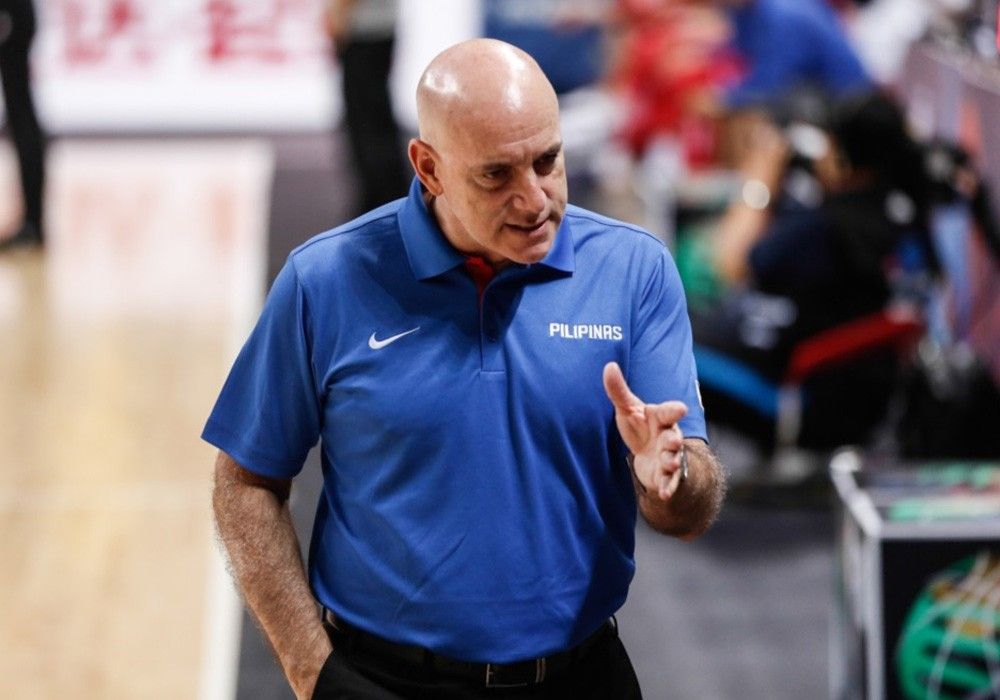 MANILA, Philippines (Updated 12:32 p.m.) — Five years after his initial stint with the national team, Tab Baldwin is back at the helm for Gilas Pilipinas.

According to an announcement by the Samahang Basketbol ng Pilipinas (SBP) on Sunday, the multi-titled mentor will be the head tactician for the upcoming third window of the FIBA Asia Cup qualifiers slated in Clark where an all-cadet Gilas squad is set to see action.

"I have accepted the opportunity and the challenge to be Gilas' Head Coach at this time. I am honored to continue working with this outstanding coaching staff as we strive to take these next steps forward in the direction we envision for 2023," said Baldwin, who also holds the position of program director for the SBP.

"I'm hoping that my international coaching experience and familiarity with our playing systems will be an additional asset to the team in the upcoming challenges the team is facing," he added.

Former TNT Tropang Giga active consultant Mark Dickel was the first to hold the reigns in the first window back in February 2020 while Jong Uichico was head coach back in November last year.

In his tenure as Gilas' coach back in 2015, Baldwin led the national team to silver medal finishes in both the William Jones Cup and the FIBA Asia Championships.

While Baldwin expects challenges in their June calendar, especially with the youth of the team and the COVID-19 pandemic affecting training, he remains firm in his trust in his players.

"Bumps along the road are inevitable due to their youth and relative lack of experience, but these could be double-edged swords too," said Baldwin.

"I know that when push comes to shove, these men will not only move forward, but more importantly, they will rise up because of the energy, athleticism, and determination granted to them by their youth," he added.

Baldwin's Gilas, headed by collegiate stars like Javi Gomez de Liano, Mike Nieto, Dwight Ramos, recently cleared Ange Kouame, and hopefully, Kai Sotto, will need to eke out a win in the third window of the qualifiers to punch a ticket to the Asian Cup.

Gilas plays its first game against regional rivals South Korea on Wednesday, June 16, and then again on Sunday, June 20.

A clash against Indonesia is sandwiched in between the two matches against the Koreans, penciled in on Friday, June 18. — With reports from John Bryan Ulanday

Share
Previous The House: Will Doug Ford pay a price for deploying the notwithstanding clause?
Next Israeli PM Netanyahu’s 12-year hold on power to end Sunday