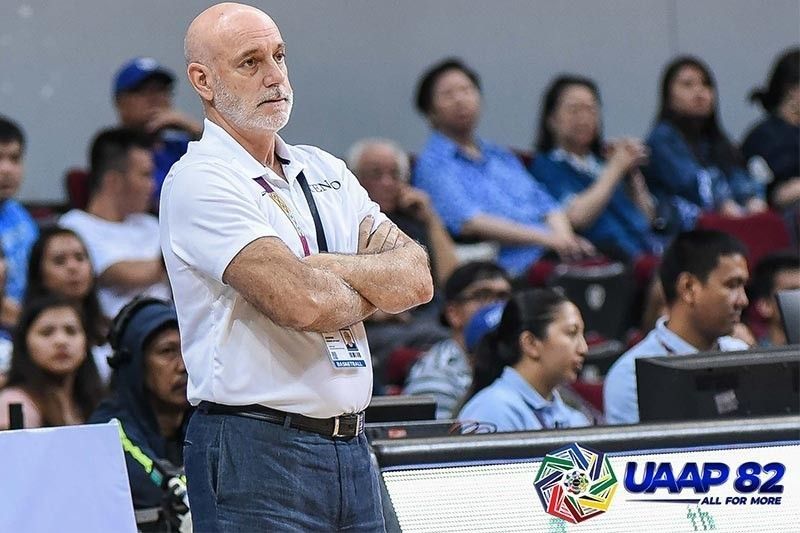 Instead of focusing on the negative effects of the PBA's situation, Baldwin is choosing to look at the setup as a chance to develop more talent and be more proactive for the future.

While Baldwin admitted that it will always be better for the national team to have its professional hoopers at beck and call, he also thinks that it is possible to be able to conduct a successful camp even without them.

"Not having the PBA players, every time that happens, that is a setback for the Gilas program because ultimately we're always going to get an injection of talent… But we don't always need them for the extensive training we're doing in the bubble," said Baldwin on Noli Eala's Power & Play on Saturday.

Baldwin recently said he was assembling the "youngest-ever" Gilas pool in the upcoming tournaments, including 10 newbies from the collegiate ranks.

Like in the second window of the Asia Cup qualifiers, the Philippines will field an all-cadet squad bannered by holdovers from the second window like Dwight Ramos and William Navarro, as well as newcomers like Lebron Lopez of Ateneo High School and UP's Carl Tamayo.

Though not having any problems in cherry-picking young talent for Gilas Pilipinas tournaments, Baldwin hopes that it will be easier for the program to tap the country's best from the PBA.

Both the Asia Cup Qualifiers and the Olympic Qualification Tournament is set to tip off in June, right smack in the middle of the planned PBA season.