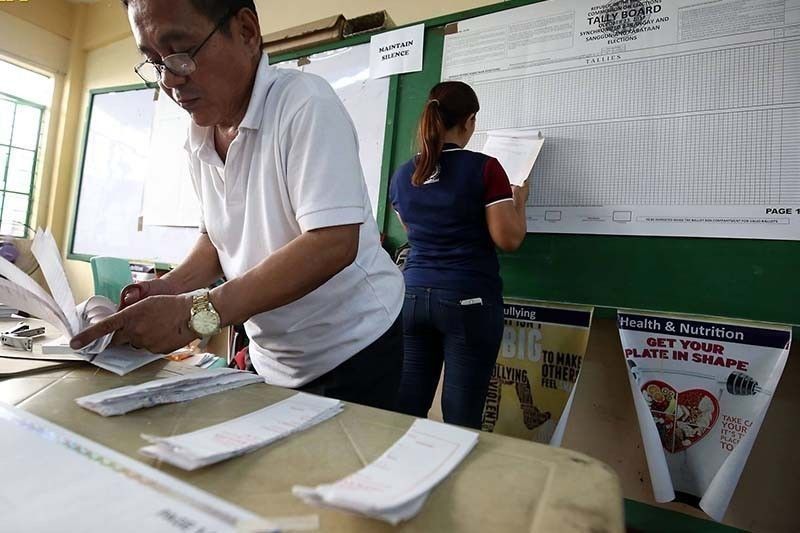 MANILA, Philippines — A teachers' group on Monday pressed senators to pass a measure that would exempt poll workers' pay from taxes.

The Alliance of Concerned Teachers made the call after the House of Representatives last week approved House Bill 9652 on second reading.

“Public school teachers performing the noble, essential, and often dangerous duties of poll workers deserve to get their compensation in full," said ACT Secretary General Raymond Basilio, "especially as the coming elections will be held in the midst of a raging pandemic and worsening economic crisis."

The Department of Education in June said the Commission on Elections has agreed to hike poll workers' compensation in the 2022 elections.

Comelec Chairperson Sheriff Abas supported DepEd's proposal for a P3,000-hike in the honoraria.

Sen. Sherwin Gatchalian filed a counterpart bill in 2019. Senate Bill 1193, however, remains pending at the committee level based on the chamber's website.

"We call on our duly-elected lawmakers to make this their priority," Basilio added.

The group called as well to provide health measures for teachers in May next year, such as free COVID-19 testing, hazard pay, and medical services and aid, to name a few.

“The coming elections will be twice as hard as before considering the unabated health crisis," Basilio continued. "Our teachers will be at the frontlines of that, and the least that the government can do is ensure that we are well-protected from all threats and properly compensated."