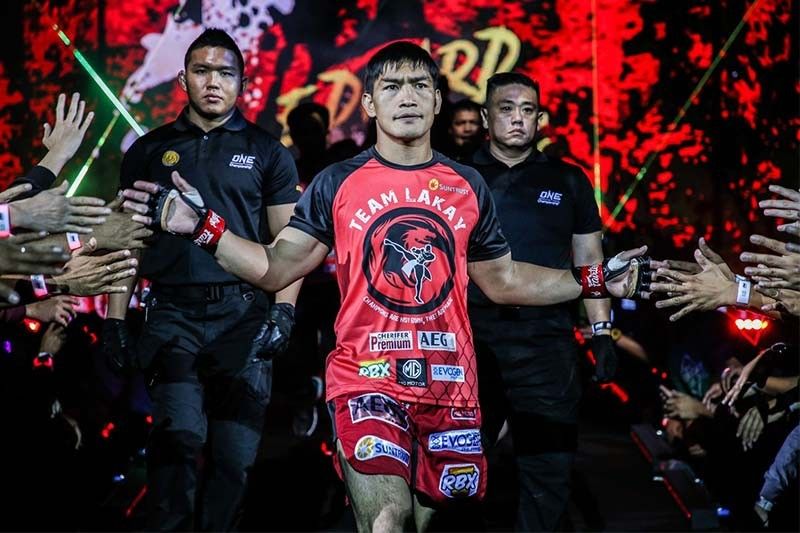 MANILA, Philippines — Former ONE Lightweight World Champion Eduard Folayang will not only be having his career in mind when he faces rival and fellow former titlist Shinya Aoki in ONE on TNT IV.

This as he plans to showcase a spectacular performance for US-based Filipinos as the bout will be aired on US prime time on April 28 (April 29, Manila time), a chance that Folayang has not encountered very often.

Knowing the numbers of Filipinos who are in the US as migrants and overseas workers, Folayang is eager to dedicate the fight and hopefully bring home the win for them.

"It's an added motivation for me. I have may friends and fellow kababayans in the United States who are eager to watch me fight," said Folayang.

"I'm proud to get the chance to compete in front of American fans as well. It's an important event and fight, for sure," he added.

The veteran out of Team Lakay had toured the US before, after he had first captured the lightweight crown back in 2016 where he met US-based fans at different locations.

"Many fans and people wanted to see me. It was a great feeling to receive the love and support," said Folayang.

"A lot of Filipinos dropped by to say hello," he added.

Apart from wanting to give his fans a show, however, Folayang knows just how important this fight is to his career as he aims to stop a two-bout skid against a fellow veteran in Aoki.

It might also be one of his last chances to get back in contention for the title in his stacked division.

So for "The Landslide", there is no shortage of motivation when he enters the Circle.

"It’s always an honor to share the cage with legends. That in itself has added a lot of motivation for me to succeed. This is one of the most important bouts of my career, so I’m really focused on claiming the victory," said Folayang.

ONE on TNT IV is the fourth and final installment of the ONE on TNT event series and will feature Aung La N Sang stake his ONE Light Heavyweight World Championship belt against Vitaly Bigdash.

Also on the card is Eddie Alvarez who recently suffered a disqualification loss.