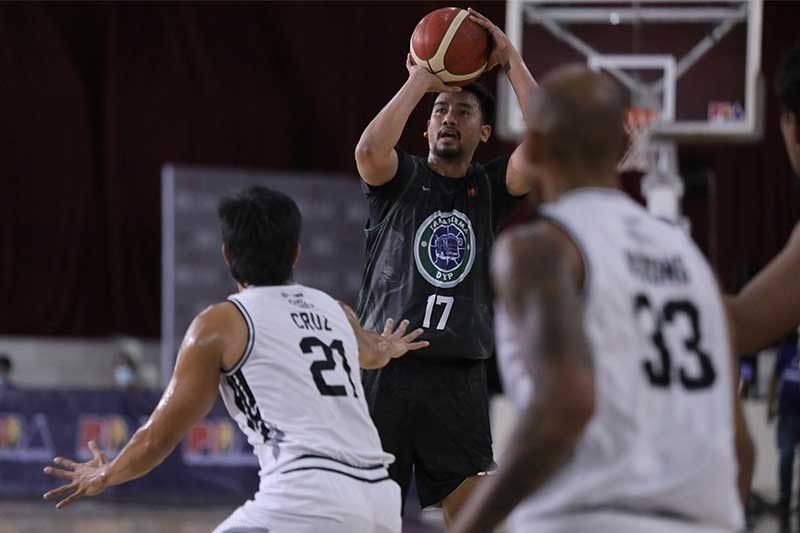 MANILA, Philippines — The Terrafirma Dyip took their third win in a row in the PBA Philippine Cup after turning back the winless Blackwater Bossing, 96-84, at the DHVSU Gym in Bacolor, Pampanga on Sunday.

Though the Bossing were able to shackle Juami Tiongson after back-to-back career games, the whole Dyip squad stepped up with Aldrech Ramos leading the pack to improve to 3-4.

Ramos had 17 points in a game that saw five Terrafirma players finish in double digit scoring.

It was the Bossing who led early, though when they were ahead early in the second quarter, 40-27, with Mike Tolomia and Baser Amer leading the offense.

The Dyip would tie things up late in the third quarter at 63-all after Andreas Cahilig converted on two free throws.

Rashawn McCarthy would then give the Dyip their first lead since 12-9 in the opening quarter, with a bucket shortly after.

While Marion Magat woul tie the game at 65-all going into the fourth quarter, that would be the last instance the game would be tied.

Eager to close the door on the Bossing, the Dyip outscored their opponents, 31-19, in the final salvo to keep Blackwater searching for their first win.

At their most dominant, the Dyip held an 18-point advantage.

The balanced team effort saw the Dyip rely on almost all its offensive options.

Reden Celda scattered 15 points while Cahilig had 12. Tiongson and McCarthy also chipped in with 10 points each.

For the Bossing, it was Simon Enciso who paced the offense with 13 points.

Blackwater remains without a win in seven games.