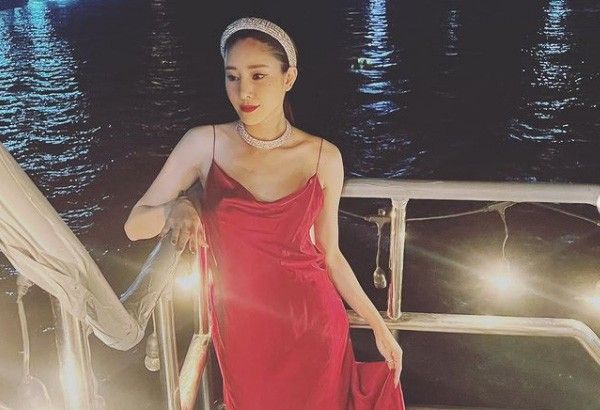 Her body was found 300 meters away from Pibulsongkram pier in Nonthaburi province after she fell from a boat two days ago.

Reports said that the speedboat owner Tanupat Lerttaweewit and the driver Paibul Trikanchananan were formally charged with death by negligence. The owner is also facing additional charges of using a boat with an expired license.

Tangmo was with her manager and with four other people when she fell from the boat.

Autopsy report from the Institute of Forensic Medicine at the Police General Hospital said that there’s sand in her lungs.

Tangmo’s mother Panida Sirayutthayothin said that her daughter’s death may not have been accidental.

“Someone might not have been pleased Tangmo was there,” she said.

Tangmo was one of the most popular actresses in Thai entertainment industry. She starred in the movie “The Fallen Leaf” and a series called “Bangkok Love Stories: Innocence.”