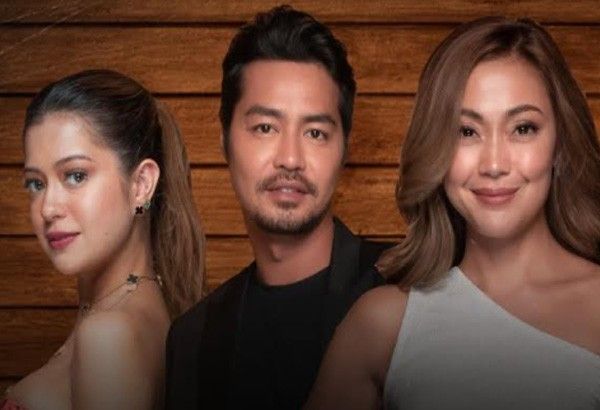 MANILA, Philippines — Social media users have mixed reactions on the casting of “The Broken Marriage Vow,” the Philippine adaptation of the hit series “Doctor Foster.”

ABS-CBN revealed on Friday that Jodi Sta. Maria, Zanjoe Marudo and Sue Ramirez were tapped to lead the local adaptation of the series.

While several social media users approved the casting, some said that it’s better to give the lead roles to others.

Twitter user Vinci Mendoza hoped that the series should be played by Judy Ann Santos, Ian Veneracion and Julia Barretto.

Ang powerful sana ng casting na ‘to oh! But still excited to watch and see how Jodi, Zanjoe, and Sue will play their characters. Credits to @missjoeabuda for this fan art. #DoctorFosterPH#TheBrokenMarriageVow#TheWorldOfTheMarriedpic.twitter.com/trNpec9XLP

Another Twitter user said that Judy Ann or Angel Aquino should play the lead role instead of Jodi.

When a Philosopher once said:

Some Twitter users, however, defended the casting saying Jodi and Zanjoe were both Emmy nominees.

Just a reminder before you question Jodi and Zanjoe's acting abilities. #DoctorFosterPH#TheBrokenMarriageVowpic.twitter.com/IOU1BH5pqs

Another user said that fans should appreciate the actors of the series because they accepted the role despite of the pandemic.

Daming hanash nung iba,di kasi yung bet nila yung gaganap lol. Let’s be grateful that someone accepted the project (w/ a high caliber pa) despite the hardship on being in a lock in taping.Jusko! Let’s just support na lng, mga taong to! #DoctorFosterPH#Jodi#TheBrokenMarriageVow