‘The Bubble’ that burst 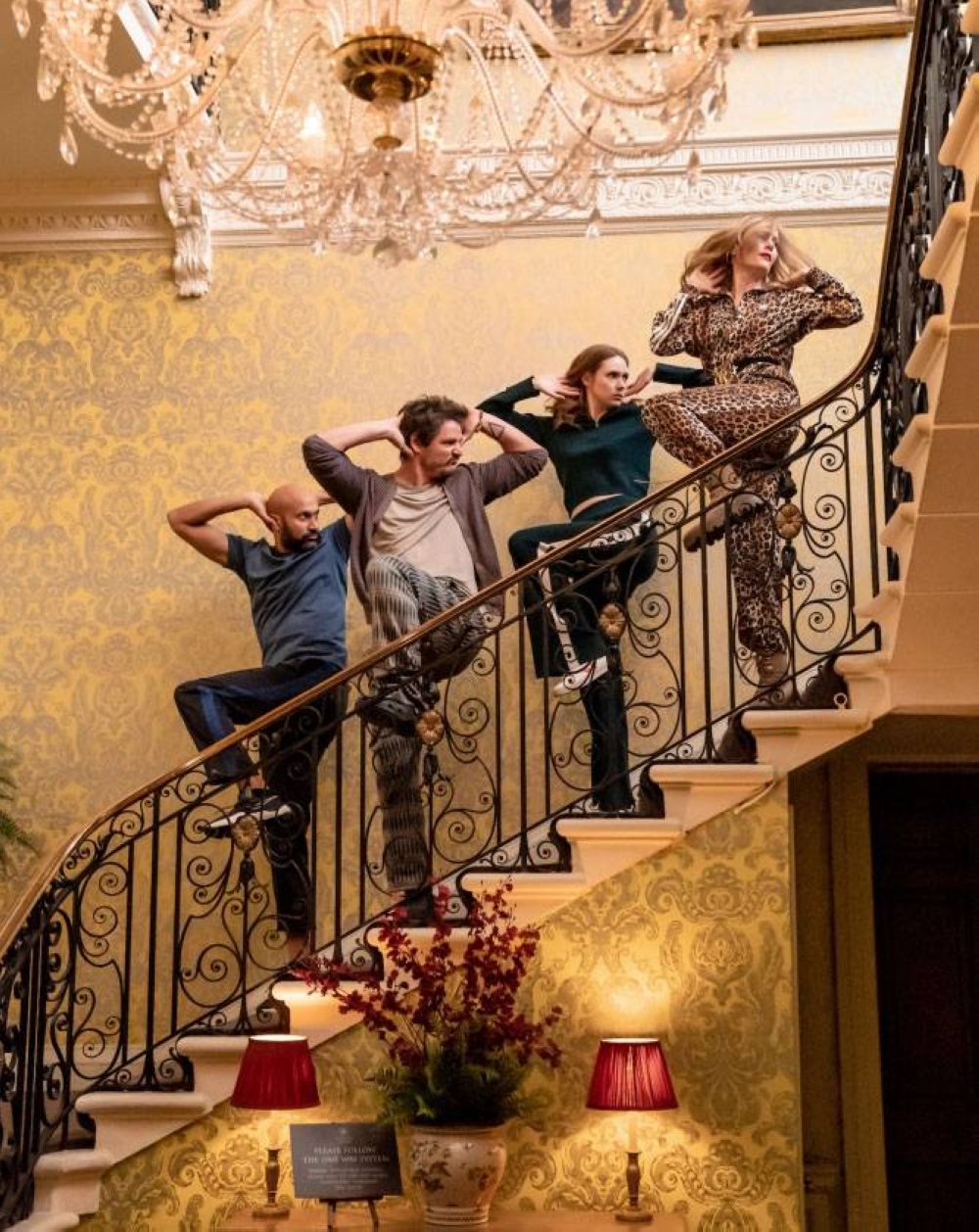 How could something so right go so wrong? Can we get this magical ensemble back but with a better script? NETFLIX PHOTOS

I've really been in the mood for comedy lately and thought Netflix's “The Bubble” was my ticket for April Fool's Day. The cast had great comedians and comedy writers among them — David Duchovny, Karen Gillian, Fred Armisen, Peter Serafinowicz, Leslie Mann, Keegan-Michael Key, Kate McKinnon, Maria Bakalova (the Bulgarian breakthrough actress from “Borat Subsequent Moviefilm”) and my favorite, Pedro Pascal who celebrated a birthday last Saturday.

“The Bubble” is about actors basically having all sorts of meltdowns and crises during a “lock-in shooting.” They've been assembled to complete the sixth installment in a franchise known as “Cliff Beasts.” Deadly pre-historic beasts swoop, circle and prowl around Mount Everest while the main characters try to avoid their own deaths and destroy the monsters.

The cast are put up in some fancy lodgings in England with their director, concierges, representatives of the studio, security and some hotel staff. There are problems with clashing egos, impostor syndrome, failed relationships, cabin fever, substance abuse, ennui.

There were a lot of missed opportunities considering all the talent that was on board. I found myself cringing at a lot of the gags. I really loved that cast, but it was utter folly to hope that things would turn around. “Just wait it'll get better” doesn't apply. Like hoping your first sip of spoiled milk didn't mean the whole carton was ruined. 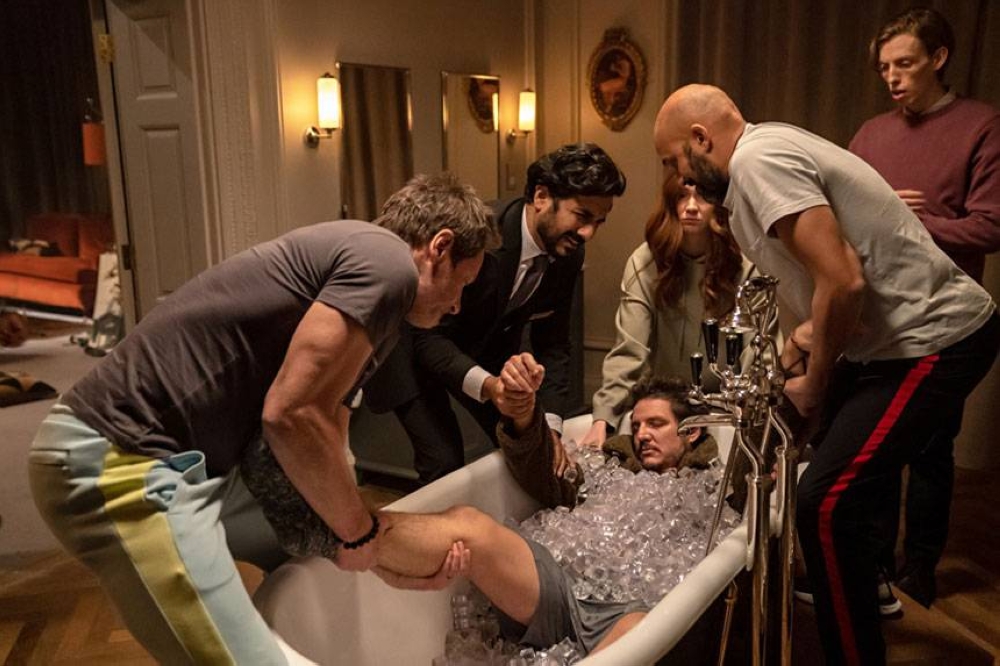 The cast of ‘The Bubble’ showing what to do on a hot summer day. 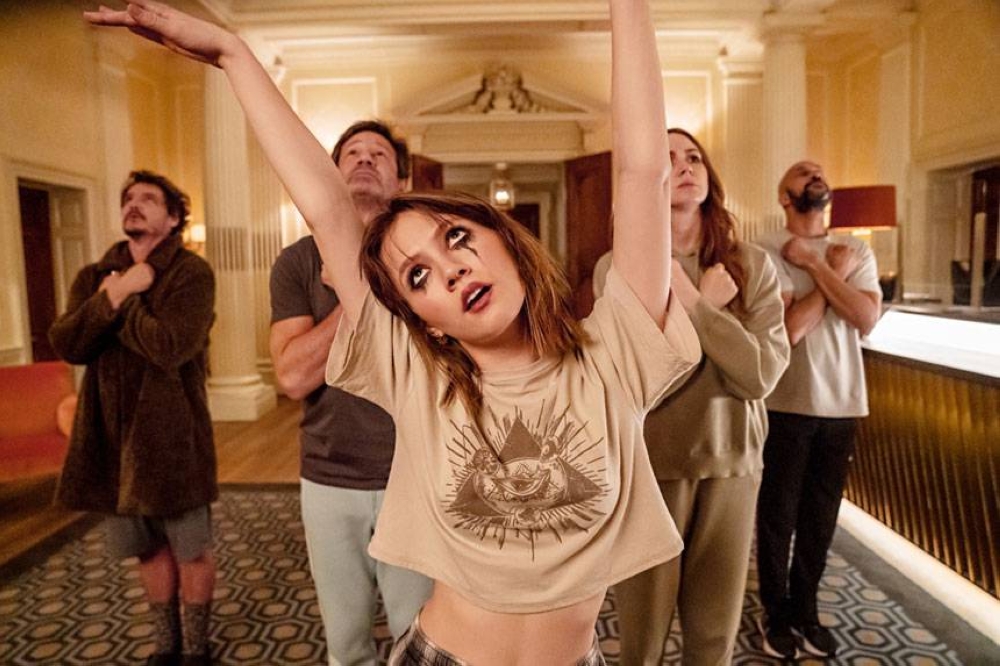 Are celebrities relevant these days if they’re not on TikTok?

What makes it worse is along with that cast, there are cameos from John Cena, James McAvoy, Daisy Ridley, John Lithgow and a deep fake Benedict Cumberbatch! It's like someone having the best toys but not having the imagination to play with them.

“The Bubble” was directed and co-written by Judd Apatow who got to work with his wife Leslie Mann and their daughter, Iris Apatow. Iris plays one of the characters that's probably closest to being funny, a TikTok-er named Krystal Kris, cast in the film to attract a younger audience. She calls Karen Gillian's Carol Cobb “old.”

There are other up and coming younger comedians here too like Samson Kayo from “Our Flag Means Death” (which I talked about last week), who are trying despite the weak material.

It looks like Pedro Pascal will be able to turn things around with another comedy, “The Unbearable Weight of Massive Talent.” Nicholas Cage is a down and out actor who ends up accepting one million dollars to attend the birthday party of a very rich superfan. He also is contacted by the CIA to take on an important mission, which includes saving his loved ones. The trailer looks great.