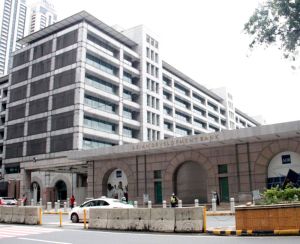 A RECENT study done in connection with the Asian Development Bank's (ADB) September Asian Development Outlook update provides some surprising insights into the relationship between corruption and entrepreneurship in an economy. As these subjects are the focus of public concern as well as a great deal of policy planning and political rhetoric, government leaders would be well advised to carefully study and understand the report's findings.

The research was carried out by ADB's Economic Research and Regional Cooperation Department, and examined 61 economies (including the Philippines) using data covering the time period 2007 through 2017.

What the researchers were trying to determine was if there is a clear empirical connection between corruption and entrepreneurship because, anecdotally, the relationship was unclear. As they explained it, “there are plausible grounds for both a positive and negative relationship.” For example, in highly regulated economies, corruption might be an unexpected advantage to some entrepreneurs who can avoid complicated processes by paying a few bribes. On the other hand, the existence of corruption, especially in economies with weak institutions, discourages risk-taking, which is one of the fundamental characteristics of entrepreneurship.

The study concluded that “the impact of corruption on entrepreneurship is not only statistically significant but also economically significant. For instance, the empirical results indicate that a decrease in corruption increases the entry rate of new firms.”

The study's authors added, “Overall, our analysis found robust empirical cross-economy evidence of a negative relationship between corruption and entrepreneurship. That is, less corrupt economies enjoy more vibrant entrepreneurship and more corrupt ones suffer from weaker entrepreneurship. The bottom line is that corruption, which is a bad thing in and of itself, entails the significant cost of discouraging entrepreneurship, a key driver of economic growth and development.”

It is also significant that higher levels of entrepreneurship — according to a basic measure of numbers of new business startups — are also associated with stronger economies, ones that have higher levels of GDP growth and GDP per capita.

One interesting implication of the study is that part of the reason that entrepreneurship thrives in less corrupt environments is that lower levels of corruption encourage “higher quality” businesses; in other words, as the study explains, “In economies where entrepreneurship is weak, for instance, entrepreneurs tend to depend on political connections to make a profit rather than on their own efforts.” We can perhaps look to examples of that here in the Philippines, where occasional scandals reveal that firms with no experience and very little capital are discovered to have somehow obtained lucrative government contracts.

The results of the study should come as no surprise to anyone; it has long been understood, even by political leaders who have otherwise been ineffective in reducing corruption, that there is a real and broad economic cost to allowing corruption to become entrenched. The study, however, provides some dimensions to the problem, and implicitly offers a suggestion about where the Philippines' efforts against corruption should be focused.

In order to encourage entrepreneurship, which leads to innovation and business growth, a fostering environment must be created at the local level where all enterprises, regardless of their starting size, are engaged in practical matters to get their businesses up and running. Time and again we have heard complaints from investors, whether large or small, foreign or domestic, that while national-level policies and rules are comparatively consistent and easy to manage, or at least are improving as time goes by, dealing with local procedures and regulations is another matter entirely, and the point at which corruption becomes a costly problem.

Of course there are relevant laws intended to prevent this, and agencies such as the Anti-Red Tape Authority, but these have not helped much, as they are insufficient and overworked. And unless the issue of corruption is more aggressively addressed, the problem may only get worse as the newly increased internal revenue allotment for local government units allows them an even greater degree of autonomy. Thus, while policies and programs to support entrepreneurship and growth in the micro, small and medium enterprise (MSME) sector are good, unless they go hand in hand with efforts to remove the obstacles of corruption, their outcomes will be less than they could be.