THE Philippine government must keep close tabs on the simmering tensions in the Taiwan Strait following the visit to Taiwan by US House of Representatives Speaker Nancy Pelosi earlier this week.

Pelosi, the highest US government official to visit Taiwan in 25 years, has Beijing all rankled up as it accused Washington of flouting the One China policy, the cornerstone doctrine defining diplomatic relations with the island. 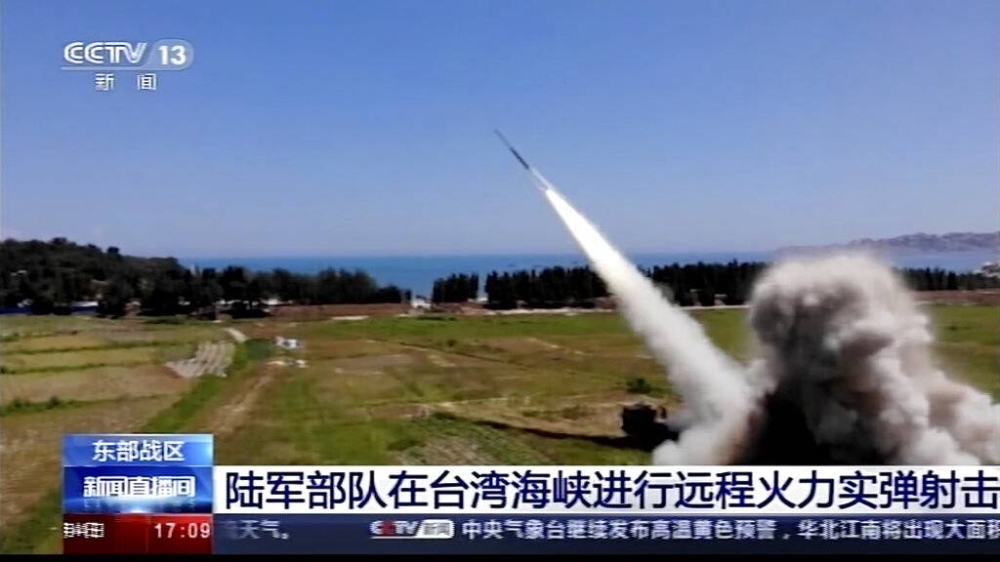 This image taken from video footage run by state-run broadcaster China Central Television (CCTV) shows a projectile being launched from an unspecified location in China on Thursday, Aug. 4, 2022. CCTV PHOTO VIA AP

The Chinese foreign ministry quickly fired off a barrage of barbed statements that “Washington will pay the price” and “those who play with fire will perish by it.”

But in a move far more telling than the rhetorical broadsides, more than 27 Chinese warplanes have flown into Taiwan's air defense zone and the People's Liberation Army announced it will hold live-fire drills in the waters around Taiwan.

The unprecedented show of force sends a clear message that Beijing will not allow such a provocation to go unpunished.

Pelosi, however, further stoked the fire by saying she came to Taiwan “to make it unequivocally clear we will not abandon our commitment to Taiwan.”

China has reason to be furious; it has long held that Taiwan is a breakaway province that has no international personality or identity.

The One China policy may have driven Taiwan into the backwoods of international diplomacy, but that did not stop it from growing into an economic force.

Taiwan, whose area is only 35,980 square kilometers, has the eighth largest economy in Asia and the 18th biggest in the world.

Its growth is anchored mainly on industrial manufacturing. Taiwan is the leading maker of computer chips.

Remarkably, it has thrived despite the constant threat of an invasion from across the strait. Chinese President Xi Jinping has perpetuated that threat by saying that one of his dreams is to unify China by bringing Taiwan back to Beijing's fold, by force if necessary.

With a two-million-strong army, China can easily assemble an invasion force that could overwhelm Taiwan's 169,000 troops. What's holding it back is the prospect that the ensuing conflict could draw in the US.

So far, the Americans have been limiting their engagement with Taiwan to arms sales to boost the island's defenses. An outright invasion could lead to a much deeper US involvement, and Beijing apparently is not ready to enter that stage.

Still, Pelosi's strong posturing may have prompted China to up the ante. An invasion is still an extreme option, but some observers believe China could transform the vessels involved in the live-fire maneuvers into a blockading force to constrict shipping in and out of Taiwan. One of the maneuvers is in fact being carried out a few kilometers off Kaohsiung, Taiwan's biggest port.

Because Taiwan is only about 100 kilometers from Batanes, the Marcos administration could easily be sucked into a brewing crisis north of our border.

Malacañang's reply has been guarded. Press Secretary Trixie Cruz-Angeles has said that in matters of international relations, “We take time to study the matter and do not want to react immediately. Loose words might affect relationships and might be very, very difficult to rebuild.”

She added that the Palace “will take our cue from the Department of Foreign Affairs if such a reaction is even warranted.”

There are 160,000 Filipinos in Taiwan, 142,000 of them migrant workers, mostly in the manufacturing sector. This early, the government must make preparations to bring them home in case the crisis worsens.

The volatile situation in the Taiwan Strait will also test President Ferdinand Marcos Jr.'s declaration that the Philippines is “a friend to all.” The President will have to tread very carefully in charting a policy of accommodation with China, Taiwan and the US. At one point or another, he will have to make some hard decisions and stand by them.