Such are how veteran Entertainment journalist and TV host Ricky Lo, who passed away on May 4 night, will be remembered by friends and collegues at The Philippine STAR, where he was an Associate Editor and an Entertainment Editor for 35 years. He was 75. He served the entertainment industry for at least 50 years.

According to Susan Lee, Ricky's sister, they wanted the public to respect her brother's death so they did not reveal details about it at the moment.

Born Ricardo Lo in Las Navas, Northern Samar on April 21, 1946, Ricky is of Chinese descent. He earned his Bachelor of Arts in English degree from the University of the East.

From 1969 to 1972, he began as Editorial Assistant at Variety magazine, Sunday supplement of The Manila Times, where his "FunFare" column first appeared.

He then joined the Philippine Daily Express as Staff Writer, then as Deskman of The Evening Express and eventually its main broadsheet. He worked as Editorial Assistant for the Sunday magazine Weekend until 1986.

From Entertainment Editor at The Manila Times, Lo held the same post for The Manila Chronicle before moving to The Philippine Star, where he revived "FunFare" and his regular Sunday feature, "Conversations with Ricky Lo." 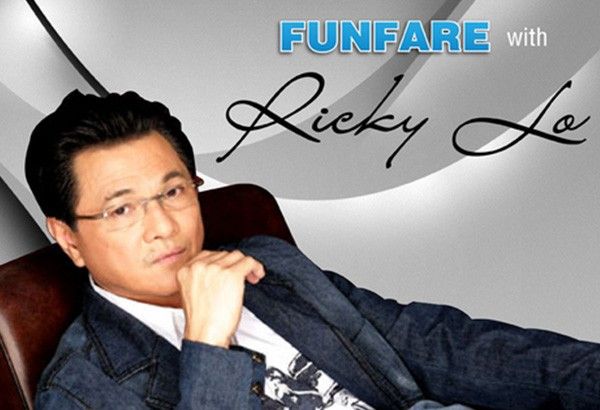 Apart from being a journalist, Lo is also the author of books "Star-Studded" and "Conversations with Ricky Lo."

Popularly known as “Hipon Girl,” and one of Willie Revillame's eye- catching squeezes at “Wowowin,” …