The return of Satanic Panic? 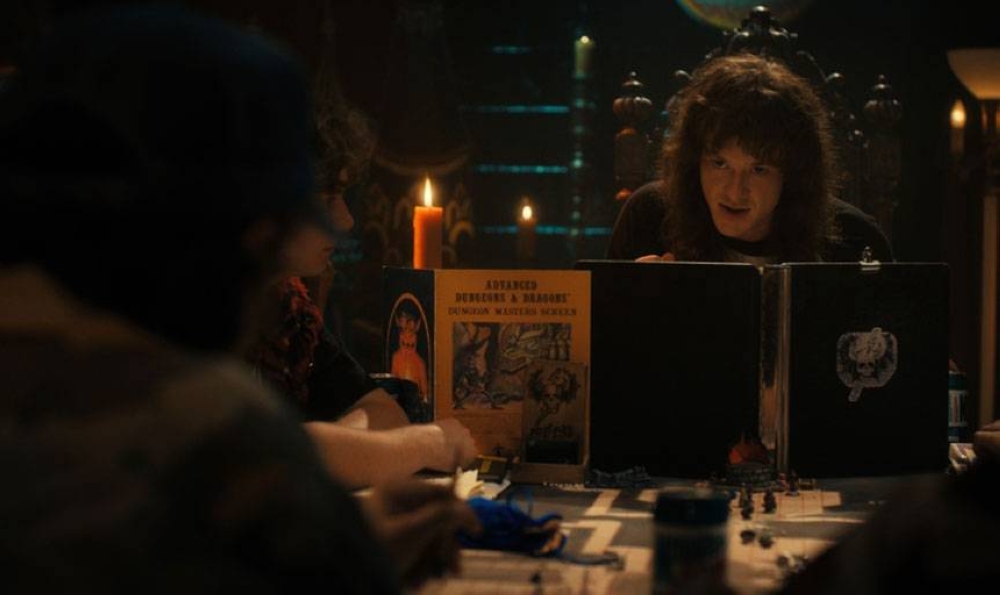 There's a funny tweet with this thought — “Top Gun” is the number one movie, Kate Bush's “Running Up That Hill (Deal With God)” earns the number one spot on the Billboard charts and the US is at odds with Russia. Are you sure this isn't 1986?

Those aren't the only things with shades of the '80s (or maybe the late middle ages?). With the announcement of the construction of a center for exorcism, otherwise known as the 'St. Michael Center for Spiritual Liberation' in Guadalupe Viejo, Makati, could we also be getting into a new era of Satanic Panic in the Philippines?

The Satanic Panic of the '80s is part of the plotline in the latest season of Netlfix's “Stranger Things.” In the wake of some gruesome deaths, the townspeople of Hawkins, Indiana inevitably set their sights on rocker and Dungeon Master, Eddie Munson — judging him to be a pawn used by the devil to carry out his vile deeds.

Viewers know he's innocent but being at the wrong place at the wrong time and belonging to both a rock band and a Dungeons and Dragons gaming group called “The Hellfire Club” just makes him the prime suspect.

Back in the '80s I do remember tuning into the religious program “700 Club” at 11:30 p.m. one night (it was one of those late night shows you'd watch before the stations signed off) and it was warning us all about “Dungeons and Dragons” being a gateway to manipulation by Satan.

There was actually a 1982 TV movie called “Mazes and Monsters” starring Tom Hanks based on a book about the dangers of fantasy role playing games. In high school, were were also was warned about the rock songs I was listening — that there were supposed Satanic messages back masked into songs by Queen, the Beatles, Led Zeppelin and more.

The St. Michael Center which is set to be completed end of next year will house The Archdiocese of Manila Commission on Extraordinary Phenomena, The Ministry of Exorcism Office, The Ministry on Visions and Phenomena Office and The Headquarters of Philippine Association of Catholic Exorcists.

A news item in The Daily Mail says according to the church, the “mental, emotional, spiritual, and physical stress caused by the pandemic made for a perfect storm for possessions and demonic intervention.”

I just hope this won't lead to a version of religious red-tagging or actual witch hunting like they did in the 15th to 18th century and that there will be men and women of medical science on board to examine anyone they bring in for an exorcism. What if they're just having an actual mental breakdown or if they're suffering from a psychiatric condition?

With regards to the stresses over the pandemic, I would think a focus on social services and demanding the government to eliminate all the corruption in providing health services so facilities, programs and funding for a staff would likewise address this level of stress and its effects.

All this made me think of the 2019 documentary “Hail Satan” by director Penny Lane which paints a picture of modern The Satanic Temple (TST) in the United States.

The Satanists she features in the documentary stand for religious liberty, challenge corrupt authority and would rather see plurality of religions publicly represented of having one religion being so dominant it heavily influences governance and politics. And yes, it does ask why the TST is the subject of disdain and derision when hundreds of thousands of minors have been recorded as victims of sexual abuse at the hands of the Catholic Church in the last seven decades.

The documentary makes mention of the “Seven Fundamental Tenets” of the TST and with number five being quite relevant, “Beliefs should conform to one's best scientific understanding of the world. One should take care never to distort scientific facts to fit one's beliefs.”

The first one though is, “One should strive to act with compassion and empathy toward all creatures in accordance with reason.” Which is why they had cut ties with a prominent figure, Jex Blackmore who espoused more extreme actions like offing the president (at the time, this was Donald Trump). The TST's Lucien Greaves reiterated that it espouses non-violence. The last part of the documentary shows them doing a blood drive, a sock drive for homeless people and a beach clean-up (albeit using pitchforks).

I think it's pretty scary when we let our emotions — fear, depression, anger—get a hold of us and make us jump to conclusions that could harm a someone who has different beliefs yet is innocent. Like our friend, Eddie Munson.

Maybe when it comes to fighting evil, the focus should shift away from deviants and dissenters to those who abuse of authority and think nothing of inflicting trauma on others.