The Return of the Native

He was sorely missed during his almost three-year (self-imposed) absence from showbiz. Proof is the insatiable curiosity of showbiz-watchers who continue to monitor his comings and goings, gobbling up with gusto sightings of him — strolling at a mall still recognizable even if he was “hiding” behind uncut hair (beard and mustache), biking around Cebu where he was holed up with girlfriend (now his “ex”) Ellen Adarna with whom he has a son named Elias Modesto, showing up at a movie-ads exhibit (by the late Vic Delotavo) in UP, politely begging off from an ambush interview (“I’m not showbiz anymore” was his excuse) and (finally, finally!!!) appearing in another Lav Diaz movie, his first after his 2015 starrer (I Finally Found Someone) with perennial screen sweetheart Sarah Geronimo.

The Lav Diaz movie is Servando Magdamag (roughly translated “serving overnight”) based on the novel by Ricky Lee (see accompanying story on “jump” page). It’s his third film with Lav. The first two, both shot in 2016, were the eight-hour-plus Hele sa Hiwagang Hapis (A Lullaby to the Sorrowful Mystery) with Piolo Pascual and the second was as a cross-dresser in the four-hour Ang Babaeng Humayo (The Woman Who Left) with Charo Santos in the title role. Humayo won the top Golden Bear Award in the Venice International Film Festival (VIFF) and the Silver Alfred Bauer (Audience Award) in Berlin. 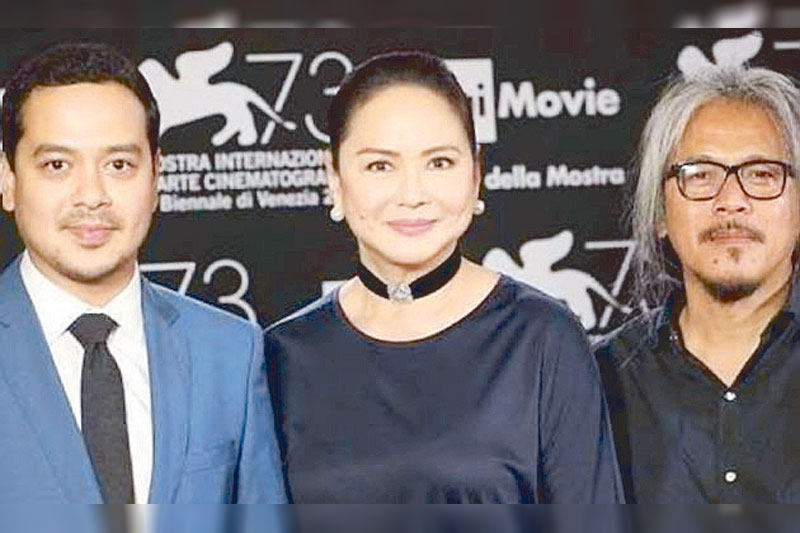 With Charo Santos-Concio at the Venice International Film Festival/VIFF

The following very exclusive Conversation was facilitated by Lav (who has just won Best Director in Venice for Lahi, Hayop).

Why did you choose Servando Magdamag as your comeback vehicle?

“I did not choose Servando Magdamag as a comeback film. I don’t actually see it as such. If anything, perhaps it is a continuation of a dialogue between the filmmaker and his audience.” Hele sa Hiwagang Hapis (A Lullaby to the Sorrowful Mystery, with Piolo Pascual)

How do you find Lav’s directorial style?

“I will never forget my very first scene with Lav. It left me dumbfounded. I was humbled by it.”

What were the demands and challenges in doing Servando compared to Hele and Humayo?

“I’m not sure about demands but the challenges I experienced while doing Servando Magdamag gave a whole new meaning to hard work and commitment.”

How do you usually prepare (condition yourself) for a role?

“My preparation for a role has a mind of its own. I don’t usually meddle.”

Away from showbiz for almost three years, how is it like “starting all over again”? 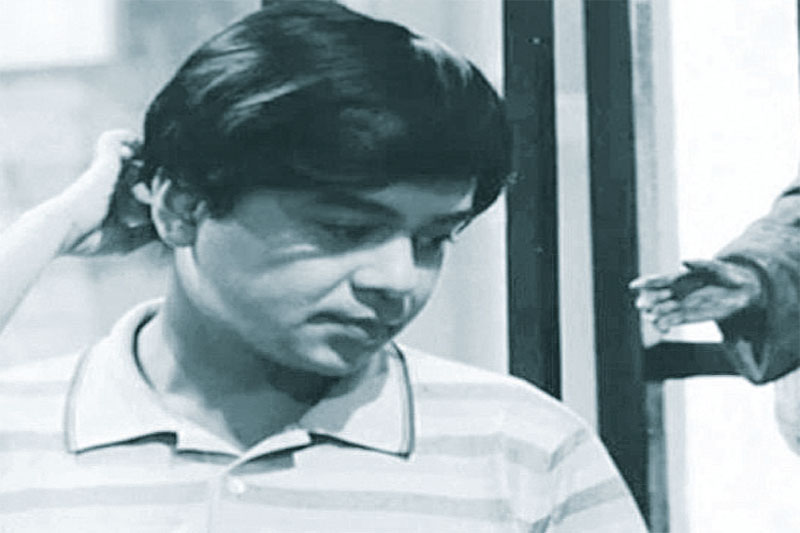 Good thing it was just a much-needed respite and not a total goodbye. Did you make an assessment of your life during your time away from the maddening world of showbiz? 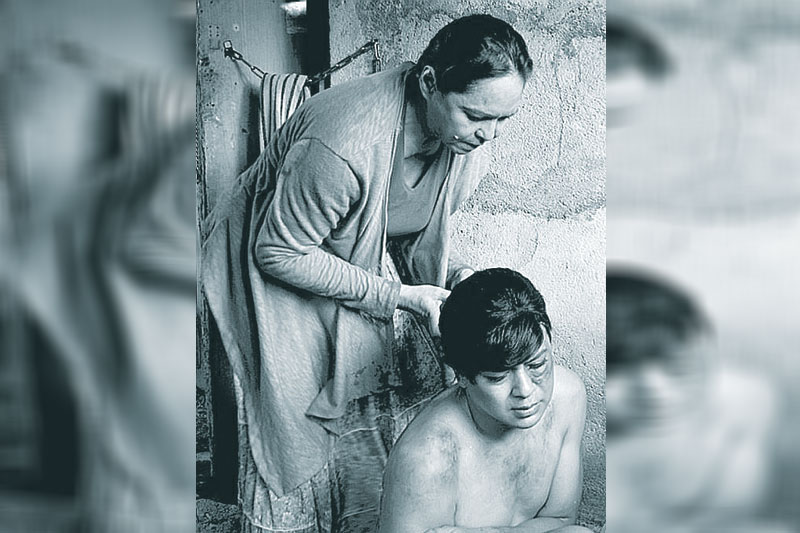 Ang Babaeng Humayo (The Woman Who Left, below right, with Charo)

“I learned that there is a polite way to avoid casually thrown personal questions. Of course, always with respect.”

Anything in your life that needs “changing” or “re-inventing”?

“There is a poem Bukowski wrote. It is called We Evolve.”

Has fatherhood affected your outlook in life?

“Fatherhood is so much fun. It melts your ego in a joyful way. And it gave time a new context.”

How is your project with Bea Alonzo?

“I’m doing a couple of projects with Bea Alonzo next year. Slightly nervous but looking forward to it!” 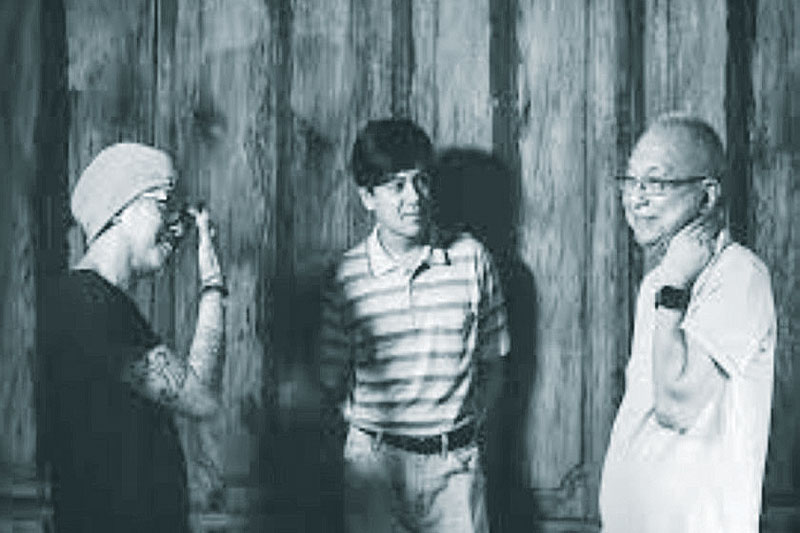 On the set of Servando Magdamag with Lav (left) and scriptwriter Ricky Lee (also shown below). ‘From what I’ve seen of him on the set,’ noted Ricky, ‘John Lloyd was very good. Sobrang challenging at kakaiba ang role niya dito.’

Are you back for good and what kind of projects appeal to you henceforth?

“I never really left I guess. I just had to discover a way to live a life that I already have.”

(Aside: Asked to comment on reports that he’s negotiating with a John Lloyd for a project, Brightlight Productions head Albee Benitez said that he is “working on it.”)

Share
Previous PNP seizes P500,000-worth of smuggled drugs
Next More than The Crown: Why the mythic tone around Diana, Princess of Wales echoes today