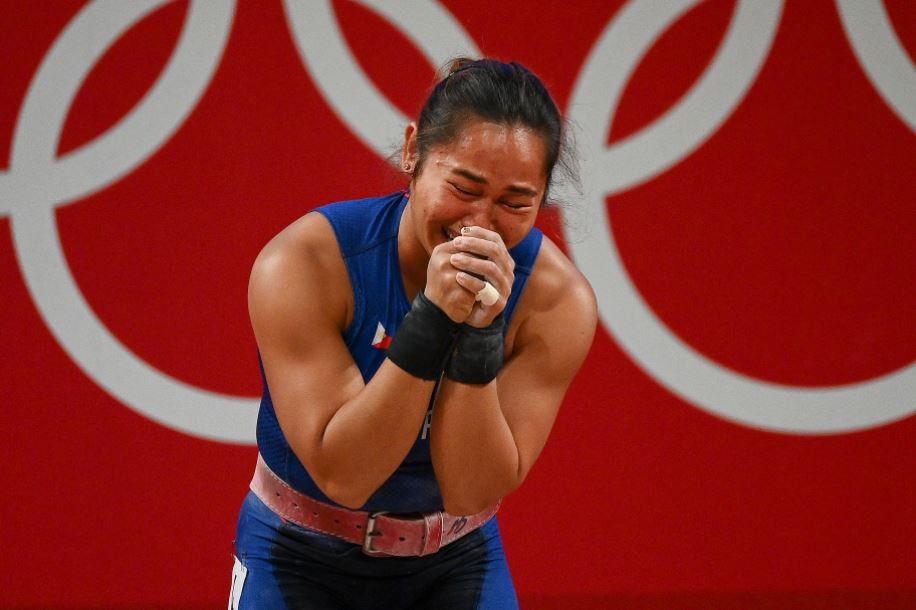 MANILA, Philippines — The year was 2014, and Hildilyn Diaz, dealing with a knee injury and the loss of a coach, was in what she described as her downtime as an athlete.

Before a Catholic Church-led conference some few years back, she spoke of a spiritual hunger and emptiness that eventually spiraled to depression.

Related Stories
‘Lift of Faith’: How Hidilyn Diaz bore the hopes of an entire nation

"I didn't know my purpose in life and why I was in weightlifting," she said in Filipino during 2018 Philippine Conference for the New Evagelization in UST Manila.

That was then, and the journey — no matter how long it took — only proved to be providential.

As Diaz clinched the Philippines' first gold in the Olympics, not only did she uplift the spirit of a pandemic-hit nation; she also credited it to God, whom she encountered in the lows of her life.

"I learned how to pray when I didn't know how to before," said Diaz, 30."And I trusted in God. I told myself, there's a purpose why I'm here."

Many on social media took notice she had two medals on the night of her win. There was the Olympic gold, and the Miraculous Medal, a devotional by the the French saint Catherine Laboure who reported to having Marian apparitions.

Diaz said the latter was a gift from a friend, who held nine days of novena for her pursuit in the Olympics.

Philippine bishops joined the nation in congratulating Diaz and hailed her devotion to Mary as "she carried in her victory her great faith to God."

"Hildilyn is a true weightlifter who draws her strength from her love for the country and her deep Catholic faith," said Davao Archbishop Romulo Valles, president of the Catholic Bishops' Conference of the Philippines.

Some seven years ago, Diaz knew she had to get past her personal turmoils and found way to direct her time to encouraging other athletes.

"It's natural to get hurt and feel sad," she said in Filipino during the PCNE. "Being injured, losing, or stumbling is part of being an athlete. But winning is, too."

There, she stressed it was important to trust in God and in one's self. Fast forward to 2021 in Tokyo, Diaz said she did not expect she could lift the 55 kg.

"Perhaps that was God and all the people who prayed," she continued. "I'm truly thankful for all who prayed and held novenas."

Diaz returns to the Philippines on Wednesday, a country dealing with hardships from the pandemic but whose people found emotional relief from her Olympic win.