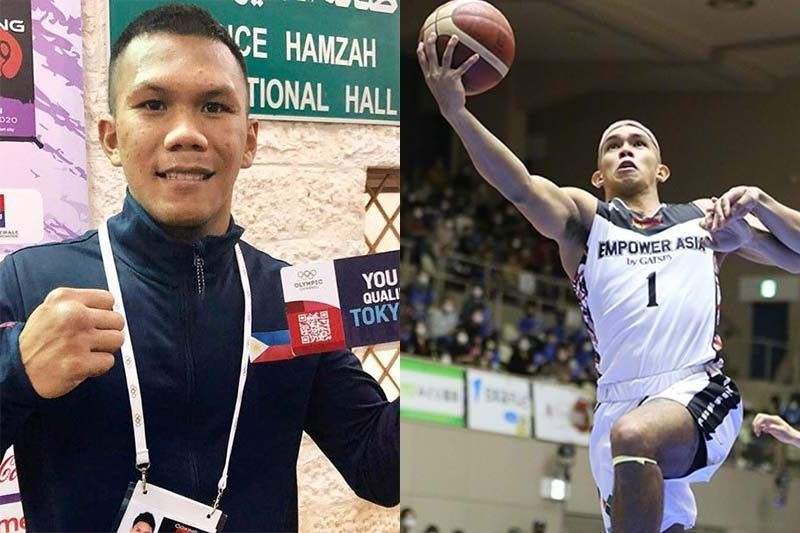 MANILA, Philippines — Three-time UAAP champion Thirdy Ravena has reportedly reached out to Olympian boxer Eumir Marcial to offer his support for the latter's journey to the Olympics in Tokyo.

Marcial, who had recently opened up about his grievances on the lack of financial support from the Amateur Boxing Association of the Philippines (ABAP) and the Philippine Sports Commission (PSC), posted on social media on Sunday that Ravena contacted him to offer help.

The former Ateneo Blue Eagles stalwart recently inked an extension with Japan-based team San-En NeoPhoenix, extending his stay overseas after missing out on most of his rookie season due to injury.

Marcial expressed gratitude to Ravena's actions, and hopes that the attitude can be shared not just by their fellow athletes, but also sports lovers and leaders.

"The only person who can understand us most/better is our fellow athletes, and who understands our sacrifices for the country," wrote Marcial.

"I hope that idol @3rd_e Ravena will become an inspiration and will influence other Filipino athletes to help one another in different ways. I also wish that it can influence sports lovers and most especially our sports leaders," he added.

Marcial and officials from ABAP and PSC have been on a rift recently, following claims on social media and on interviews that contradict the other party's statements.

The middleweight fighter is one of the best bets of the Philippines to earn the elusive gold medal in the Olympics.

Share
Previous Suns cling on top-seed hopes with rout of Spurs; Lakers win fourth straight
Next Why Canada could soon turn the corner in the pandemic — even if it doesn’t feel like it yet