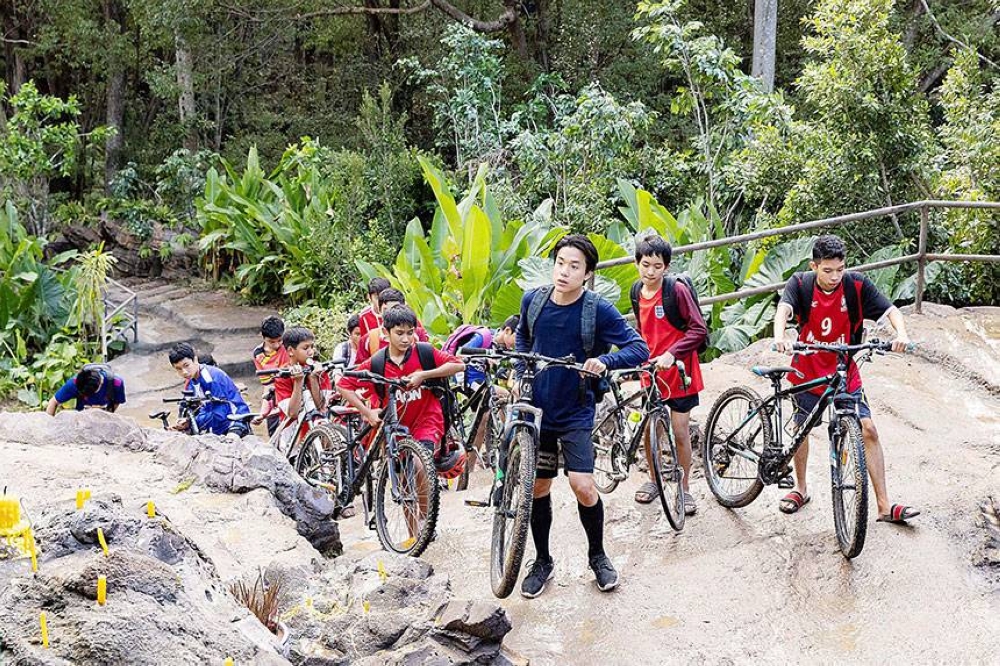 ‘Thirteen Lives’ is a dramatic retelling of the 2018 incident that kept the world at the edge of their seat. PHOTOS COURTESY OF METRO GOLDWYN MAYER PICTURES

On June 23, 2018, 12 young soccer players and their coach were trapped way inside the Tham Luang cave system northern Thailand while the people outside scrambled to get them out.

We're no stranger to monsoon rains in this part of the world, nor are we to the dangers of flooding. While there's already a great documentary on this called “The Rescue,” this true story is just so compelling and moving, getting the big studio treatment for a dramatic retelling was practically inevitable. 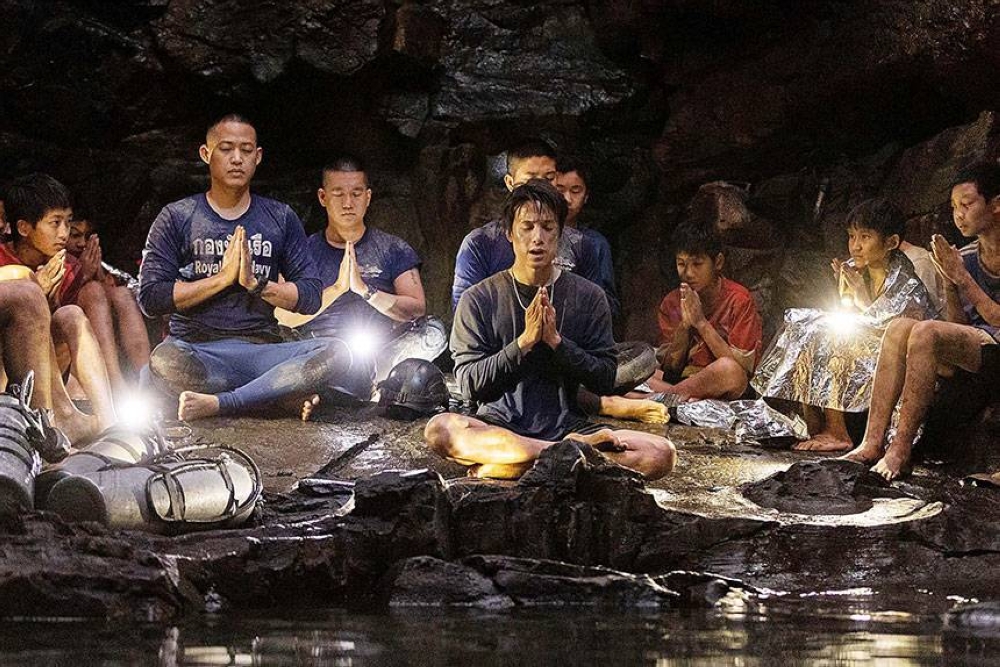 After they were located, Thai Navy Seals stayed with the boys and their coach until they were rescued.

Ron Howard does a fantastic job of telling the story of what went on over the 18 days it took to rescue the team. Even if most of us knew the story and of all the ways people were proposing they get the team out like waiting the four months for the rainy season to end, drilling a hole in the cave, Elon Musk's mini submarines — Howard's “Thirteen Lives” effectively holds the viewer in suspense.

The rescue mission involved the efforts of so many people from Thailand and from around the world. Much of the story is told from the points of view of experienced rescue divers Rick Stanton (Viggo Mortensen) and John Volanthen (Colin Farrell) who were able to locate the kids and record proof of life ten days later on July 2. They were about four kilometers in from the mouth of the cave. 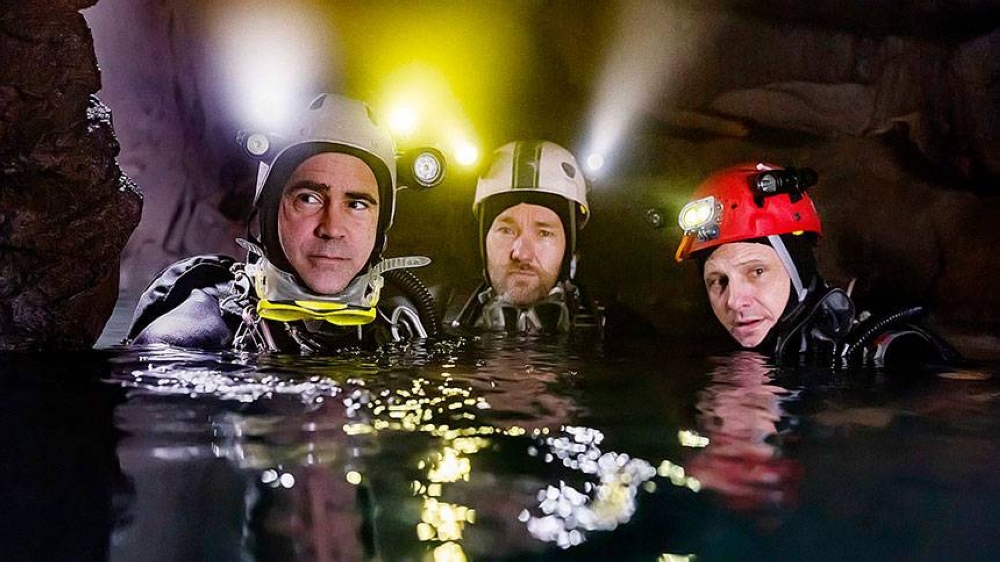 What follows is a risky operation to get the boys out by going in, traveling hours and hours underwater through narrow, dark, jagged stalactite tunnels within a limited number of days. The threat of flooding was imminent. There were so many moving pieces to this mission that any number of things could go wrong.

And they actually did. Former Thai Royal Navy Seal diver Saman Gunan, who volunteered to help, died while delivering oxygen cylinders the group would be needing for the team to get in and for the boys to get out.

Director Howard and cinematographer Sayombhu Mukdeeprom were able to capture all the danger and risks involved and give viewers this feeling of claustrophobia. Here we are watching it on screen and gasping and just trying to imagine a little bit of what it must be like for the divers to go through it all. Unlike an open water dive, there is no surfacing. 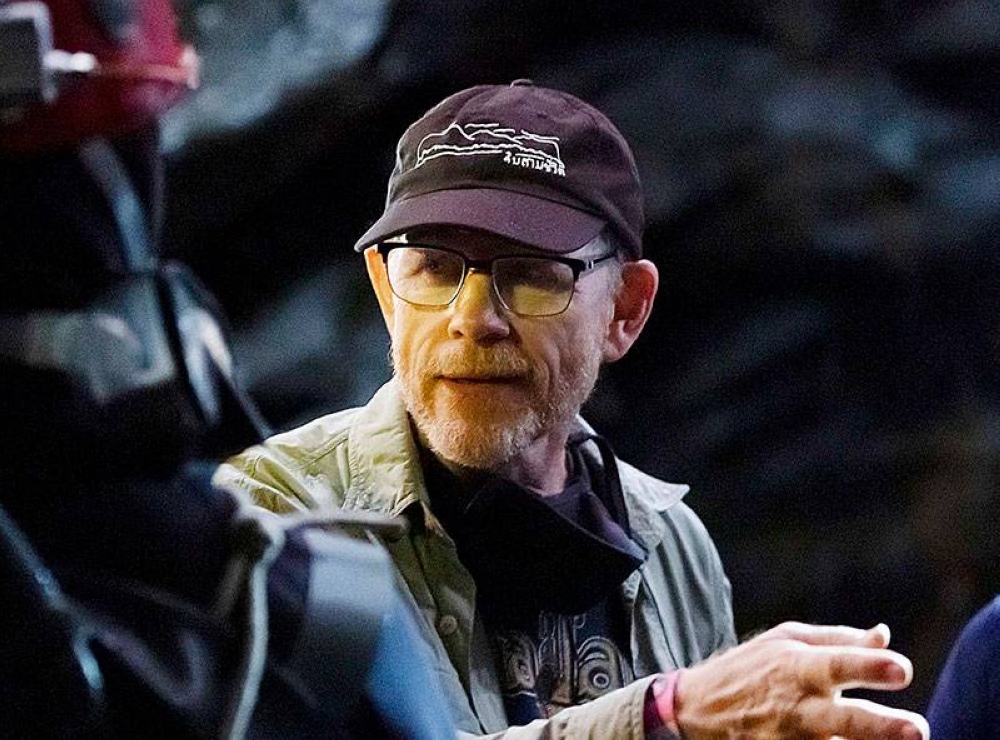 Director Ron Howard does a fantastic job of telling the compelling story.

The film also shows the efforts made across the board — from the Thai government and military officials who had to make crucial calls, to the farmers and medical teams; not to mention ordinary people were genuinely invested in these kids.

Outside the diving team (which takes up most of the story), there's groundwater engineer Thanet Natisri (Nophand Boonyai) who just happened to be in Thailand on a project. While pumps were being used to get water out of the cave, he knew they had to address the sinkholes on the top of the mountain. “Thirteen Lives” throws in Natisri's part and the villager's part in diverting millions of gallons of water away from Tham Luang.

There's the rare combination of rescue diver, cave diver and anesthesiologist in Australian Richard “Harry” Harris (Joel Edgerton) who played a crucial role in getting the boys out. Of course, not every hero could be featured. Thousands of people from 17 different countries actively participated in the efforts, while so many people around the globe following the story. It is one of the more triumphant points in recent world history, when people came together and worked together to save young lives.