MANILA, Philippines – Efren Torres Jr. never thought that he’d find or even follow a dream in Eastern Europe. He thought he’d just coach gymnastics in the Philippines but when Arnold Labadan, father of 15-year old gymnast Breanna, asked if he could accompany his daughter for training in Budapest (along with gymnast Daniela dela Pisa), he acquiesced.

Little did he know it has opened his life to even more opportunities in an eventful two years in Budapest.

Aside from waiting for Hungarian citizenship (that will be accorded in a few years), Torres designed the Hungarian national team’s uniforms for the 2019 European Artistic Gymnastics Championships held in Szczecin, Poland. 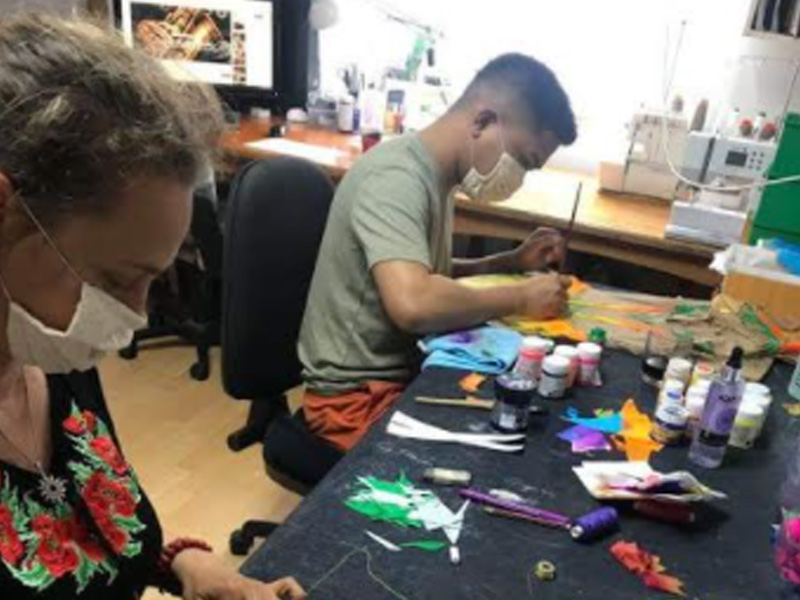 Torres at work in Hungary.

“It is an honor,” said the Bansud, Oriental Mindoro native as he groped for words.

“I became friends with the owner of AOG, the manufacturer of Hungary’s costumes even before I moved to Europe,” related Torres. “The coach of the girls’ national team asked for a new design and the AOG owner asked me if I wanted to design it. Of course, I took the opportunity.”

Torres, who took up design at Polytechnic University of the Philippines in Bansud, Mindoro, bases his designs on the music that the gymnasts perform to during competitions. “I analyze the music and its history. For example, the Japanese-inspired leotard was based on the music. I came up with three different designs so the gymnast can wear what they feel is appropriate for their performance.

“Every leotard needs a different technique so most of the time, I work on the painting part as well as the sewing and putting on the rhinestones.”

And the response to his designs?

Once more, Torres seemed at a loss for words, he humbly noted, “They loved it! I received good feedback after they wore it during the final fitting and also during the competition.”

Since that competition, Torres’ work has been used by gymnasts and teams from the United States of America, Ukraine, Italy and Romania. 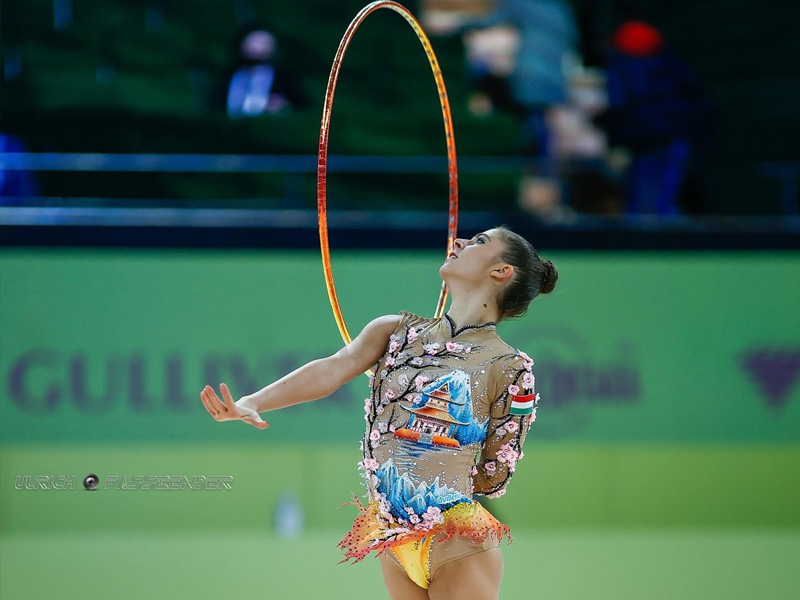 A Hungarian gymnast sports one of Torres' finished works.

“To think at first, I was just designing costumes for Daniela and Breanna and now, lumago.”

“When I watched the gymnastics competition during the last time the Philippines hosted the Southeast Asian Games, I dreamed of being involved both as a coach and a designer of costumes.”

As a designer, Torres is largely self-taught.

Efren liked doing design and illustration as early as his elementary years. With textbooks and manuals mostly unavailable, Torres was oft at the school library absorbing whatever information and designs he could get his hands on. His grandfather clipped newspaper articles on design and pass them on to his apo.

“I made the most of what I had,” said Torres.

However, come his college years, his parents couldn’t afford to send him to fashion school so he had to work as a wedding pianist in order to pay for his tuition.

As for the sport, my physical education teacher Mrs. Belen Novencido asked me to help her create a routine for our school’s gymnastics team and that was my entry point. After that I went to Manila to further expose myself to the sport and see how I can be involved. I started out with the Gymnastics Association of the Philippines and learned as much as I could. Eventually, I also got to show my talent as a leotard couturier.”

Sometimes, Coach Efren has to pinch himself to see how far he has come. Those days from Mindoro seem so far away. And every so often, Torres gets sentimental about his journey.

“If you told me I would have this opportunity in Europe noong bata ako, hindi ako maniniwala at tatawagin kitang bolero,” laughed Torres. “I’m just so happy to be in the position I am in.”