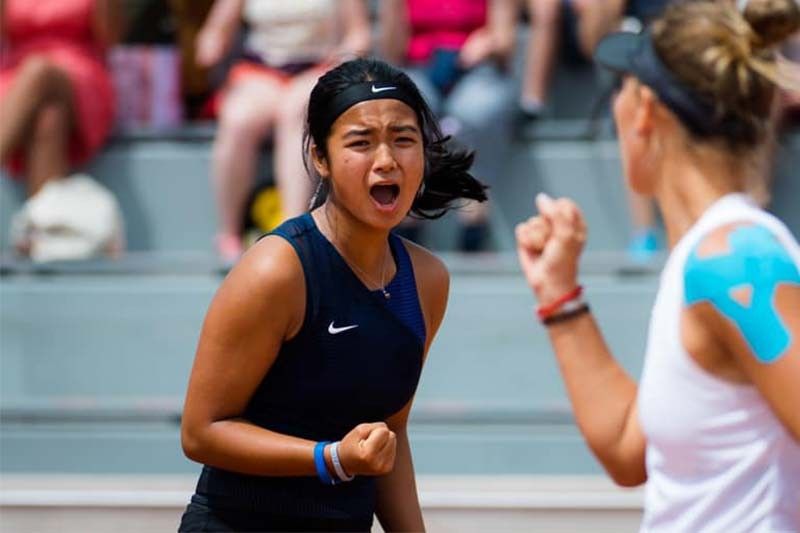 MANILA, Philippines – She may be a two-time Grand Slam winner in the doubles category, but Alex Eala still plans to focus on singles as her main category on competitions.

Speaking to the media recently after winning her second Grand Slam in the French Open Girls' Doubles tournament, Eala revealed that although she plans to continue competing in doubles, she will still primarily be a singles player.

"Definitely, I will be joining a couple of doubles tournaments along with singles. I think you can also learn a lot of things from doubles," said Eala.

"But as I said [before], I will still be focusing on singles and that will be my primary category," she added.

As a junior player, Eala has won two Grand Slam titles in the Girls' Doubles tournament, while still searching for her first Grand Slam in Girls' Singles.

Her best finish in a Girls' Singles grand slam was in last year's edition of the French Open where she reached the semifinals.

She does have a singles title in the WTA tour, however, ruling the W15 tournament in Manacor, Spain last January.

As for pro doubles, Eala came close to a title in the W25 Platja D'Aro, where she finished second with her 2021 French Open Girls' Doubles partner Oksana Selekhmeteva.

True to her word about also putting some effort into doubles, Eala will be playing in both the doubles and singles tournaments of her next tournament — the Wimbledon Championships.

Her first-ever stint at Wimbledon following last year's cancellation and visa problems in 2019, Eala expressed excitement in playing in the prestigious tournament.

"I’m super motivated for Wimbledon. I’ve been working hard. My team has been working on my areas of improvement. I’m very confident but I would just go there and play, not expecting anything and will just take it match by match," said Eala.

The 16-year-old's stint at Wimbledon unfurls on July 5.