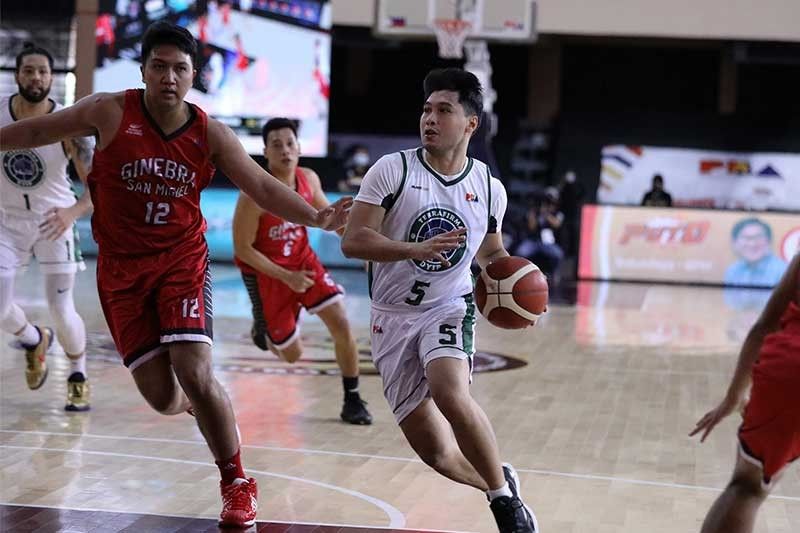 MANILA, Philippines — Juami Tiongson has stringed the best performances of his career in back-to-back games in wins against powerhouses team in the PBA Philippine Cup.

The point guard scored 28 points against the San Miguel Beermen, and then 31 against defending champions Ginebra San Miguel just two days after.

But Tiongson is keeping his feet firmly on the ground even after leading the Terrafirma Dyip to their first win streak since 2017. He gave credit to their work during the month-long break as the secret to the team's resurgence.

"I just had to do what we had to do," Tiongson said after their 95-90 win over the Gin Kings on Friday.

"During the break (from the season), we had our zoom exercises and credit to coach [John Edel Cardel] for pushing us and kept helping us stay in shape," he added.

The 30-year-old was hailed hero for the Dyip in their past two games, where they also saw their first win in franchise history over the Gin Kings.

And while he knows the role that he played in those stunning wins, Tiongson didn't forget to also credit his teammates.

Without them, the former Ateneo Blue Eagle said, it wouldn't have all been possible.

"[It] means everything," Tiongson said of his teammates' contribution to the game.

"It wouldn't be possible if everyone didn't [do] their roles," he added.

Tiongson and the rest of Terrafirma hope to bump their win streak to three games when they face the winless Blackwater Bossing on Sunday at 2:00 p.m.