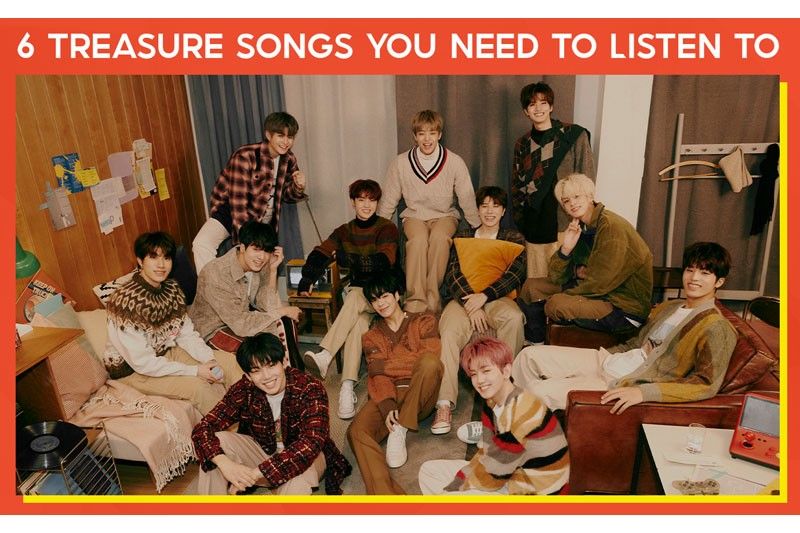 MANILA, Philippines — Two years since they participated and won in the reality survival program "YG Treasure Box," K-pop rookie group Treasure is gaining fans with its music and dance moves.

The 12-piece band composed of Choi Hyun-suk, Jihoon, Yoshi, Junkyu, Mashiho, Yoon Jae-hyuk, Asahi, Bang Ye-dam, Doyoung, Haruto, Park Jeong-woo and So Jung-hwan have released singles that their fans have been listening to.

Here are six songs that new and would-be fans of the K-pop group can check out.

There's nothing more special than being Treasure's debut song. "Boy" is the single to listen when one needs that energy boost to get work done. Queue this dance track, which features strong raps laid over catchy synth beats.

Every Treasure fangirl's track for any of their biases in the group. The upbeat dance-pop number features a medley of angelic vocals in each verse, shifting to a banger EDM drop in the chorus.

It might be titled as an expression that describes a delightful sensation but "MMM" has a darker flavor.

Vibe out with this smooth, sensual hip-hop number and admire the Treasure’s complex dance moves in the music video.

Turn on a good mood with this track's bright, bouncy rhythm and happy lyrics. "My Treasure" showcases the band’s sweet, melodic voices while a few rap verses here and there lend a bit more edge.

Those who have been the group's fans since day one of the reality survival show recognize this track.

Just like how it captured Treasure fans, "Going Crazy" is a catchy pop song set to an upbeat melody.

Fans of the 12-piece group would argue that Treasure has one of the strongest vocal lineups around.

"Beautiful" illustrates the members’ harmonious vocals that start off mellow and sentimental, then soar to a rousing chorus, perfect for singing along to with friends on road trips.