Trudeau says 249,000 vaccine doses to arrive in Canada by the end of the year

Prime Minister Justin Trudeau today announced that several hundred thousand doses of the Pfizer COVID-19 vaccine will be available in Canada before the end of the year — shots primarily earmarked for long-term care home residents and the staffers working there.

Trudeau said up to 249,000 doses of the two-dose vaccine will be on hand by year’s end to launch a mass inoculation campaign, which is expected to take many months to complete.

The first doses will arrive as some provinces — notably Alberta, Manitoba, Ontario and Quebec — grapple with a sharp increase in COVID-19 caseloads and deaths.

Trudeau said these doses will be delivered by the company directly to 14 distribution centres now equipped with the necessary cold storage. This particular vaccine must be stored at -80 C — which will make the logistics of distribution “incredibly complex,” Trudeau said.

The vaccines will be distributed to jurisdictions on a per-capita basis, meaning each province will receive vaccine doses in numbers proportionate to their share of the population. The vaccine will not be sent to the territories for the time being, as they now lack the capacity to safely store the Pfizer product.

While the exact location of each of the 14 distribution centres has not yet been disclosed, some provinces, including Newfoundland & Labrador, have said the Pfizer product will be stored at major hospitals in urban areas. 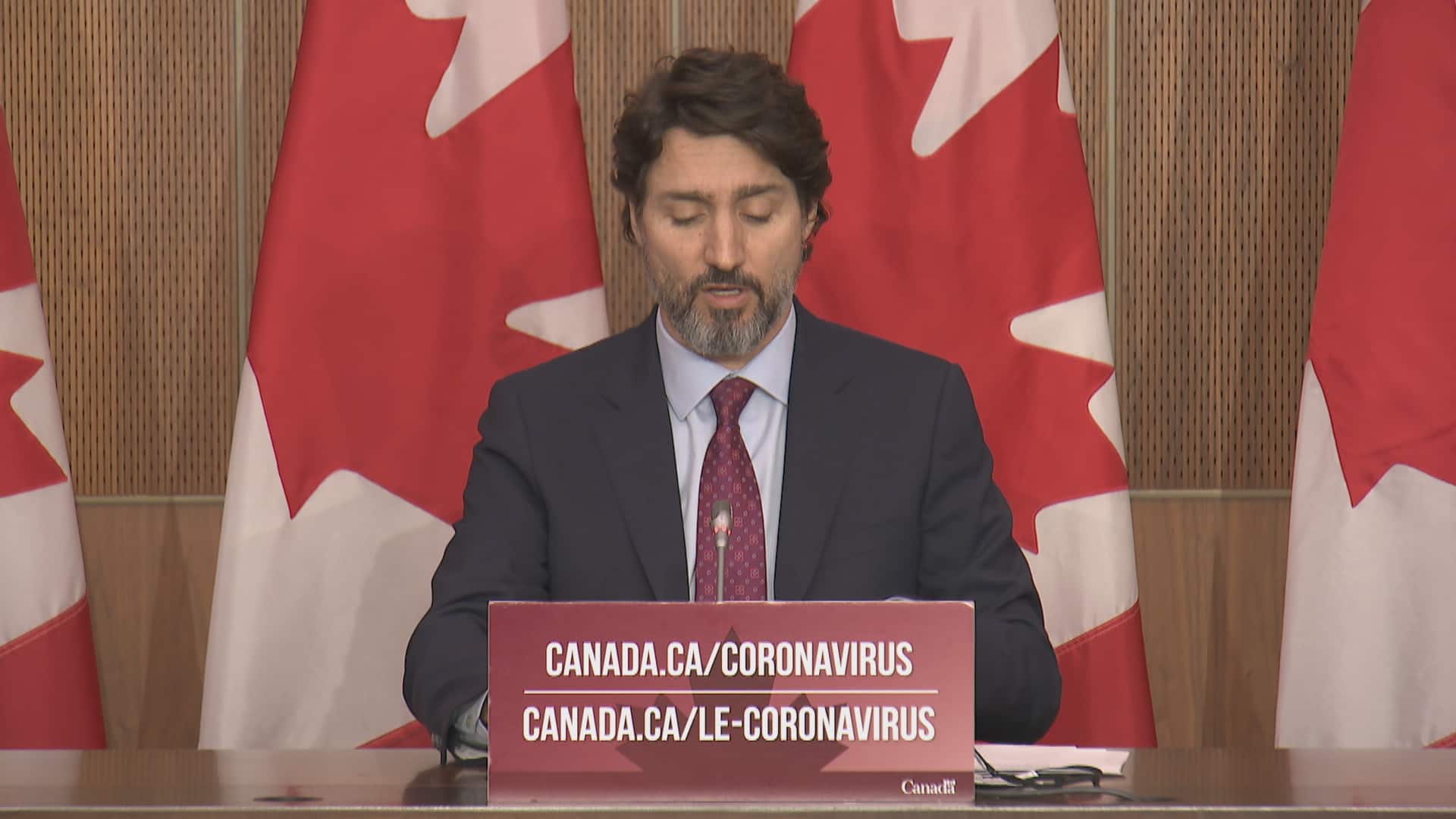 Prime Minister Justin Trudeau updated Canadians on when the first vaccines will arrive in Canada during a news conference in Ottawa on Monday.1:17

The National Advisory Committee on Immunization (NACI) said last week the limited initial quantity of doses should be reserved for people who are most at risk of contracting the virus and developing severe symptoms — elderly residents of long-term care and assisted living facilities, retirement homes and chronic care hospitals, and the staff who care for them.

After long-term care home residents and staff are immunized, NACI said the next priority group should be all Canadians over the age of 80. It will be up to provincial leaders to decide who gets shots when, but Trudeau said the premiers are in agreement that the NACI guidelines should be followed and the most vulnerable should be first in line.

While the first batch of vaccines to arrive is relatively small, Trudeau said this shipment will give the provinces and territories the chance to work through any kinks in the supply chain before the anticipated arrival of millions more doses in the first three months of 2021.

“This is the largest mobilization of vaccines in Canada’s history, and being able to start with a small number and rapidly scale up as the flow of vaccine doses starts increasing quite rapidly — this is a good thing,” Trudeau said.

The announcement comes a day after Pfizer and its German partner, BioNTech, told CBC News the two companies are prepared to ship vaccine doses to Canada within 24 hours of regulatory approval. Trudeau said the first shots should arrive next week, if Health Canada gives the product the green light.

Dr. Supriya Sharma, the chief medical adviser at Health Canada, has said her department could approve the Pfizer product as soon as this week. That timeline is roughly in line with American regulators’ plans for vaccine approval.

With recent polls showing that a sizeable number of Canadians say they will refuse a vaccine altogether, or will wait some time before lining up for a shot, Trudeau said he wants Canadians to be assured that the science will not be rushed and Canada’s regulators will only approve products that work.

“The regulatory process is ongoing and experts are working around the clock. They will uphold Canada’s globally-recognized gold standard for medical approvals,” Trudeau said. “The regulatory process needs to be as rigorous as it always is. There are no corners cut by Health Canada in terms of approving a vaccine for safe use by Canadians.”

Maj.-Gen. Dany Fortin, the military commander leading the Public Health Agency of Canada’s national operations centre on vaccine logistics, will lead the first of several planned “dry runs” with the provinces and territories today to work out the best way to handle the extremely temperature-sensitive vaccine.

Fortin said health care professionals can start administering the Pfizer shots “a day or two” after they arrive on our shores.

“Once you receive the product you have to unpack, thaw, decant, mix — so that’s a relatively fast process for the health professionals,” he said.

Asked why these doses are coming now when his government has long said shots wouldn’t arrive until 2021, Trudeau said there was always a possibility that vaccine doses would be available in December but he didn’t want “to get people’s hopes up.” He dismissed the suggestion that the early shipments were driven by a desire to silence criticism from the opposition Conservatives.

Health Canada is reviewing applications for other promising vaccine candidates in the development pipeline, including products from Massachusetts-based Moderna, U.K.-based AstraZeneca and the pharmaceutical division of Johnson & Johnson, Janssen. Moderna has said Canada will be among the first countries to receive its vaccine once it is approved.

These three vaccines do not require such stringent temperature control measures and, if approved, will be more widely distributed than the Pfizer vaccine.

During a news conference earlier Monday, Conservative Leader Erin O’Toole accused the government of undermining confidence in COVID-19 vaccines by failing to keep Canadians informed of the process.

“Information in a pandemic is a critical tool, and the secrecy of the Trudeau government is leading to more uncertainty, more confusion and a lack of confidence at a time where we’re seeing Christmas celebrations cancelled,” he said.

Later today, MPs will vote on a Conservative motion that calls on the government to present a detailed vaccine rollout plan.

The motion calls for a status update on:

Today’s news conference also comes ahead of a first ministers’ meeting set for Thursday. Trudeau is expected to talk with the premiers about issues such as the vaccine rollout and federal health transfers. The premiers are pushing for a $28 billion annual boost in health funding.

Share
Previous Trudeau says 249,000 vaccine doses to arrive in Canada by the end of the year
Next House panel approves tax discounts for medical front-liners

Canada is slowly reopening, but is live theatre being left behind? 3 insiders weigh in

Mourners in London, Ont., hope ‘unison in suffering’ can lead to healing after attack