Breaking News
Home / In the News / Around Canada / Trudeau set to speak with Biden in U.S. president’s first call with a foreign leader

Trudeau set to speak with Biden in U.S. president’s first call with a foreign leader

Prime Minister Justin Trudeau will speak with newly inaugurated U.S. President Joe Biden this afternoon — the first opportunity for the two leaders to chart a fresh course for the Canada-U.S. relationship after four tumultuous years with Donald Trump.

The call — President Biden’s first with a foreign leader — is part of the new administration’s effort to send a message that maintaining relationships with traditional allies is again a top goal of U.S. international relations.

Speaking to reporters this morning outside his home at Rideau Cottage, Trudeau said there are opportunities for cooperation between his government and the new administration — even though one of Biden’s first moves was to effectively cancel the Keystone XL pipeline by revoking its permit.

“It’s not always going to be perfect alignment with the United States. That’s the case with any given president,” Trudeau said.

“In a situation where we are much more aligned — on values, on focus, on the work that needs to be done to give opportunities for everyone while we build a better future — I’m very much looking forward to working with President Biden.”

Trudeau called Biden’s executive order on Keystone “a very difficult one for workers in Alberta and Saskatchewan” and pledged to raise their plight with Biden directly.

WATCH: Trudeau says he will address Canadian job losses over Keystone with Biden 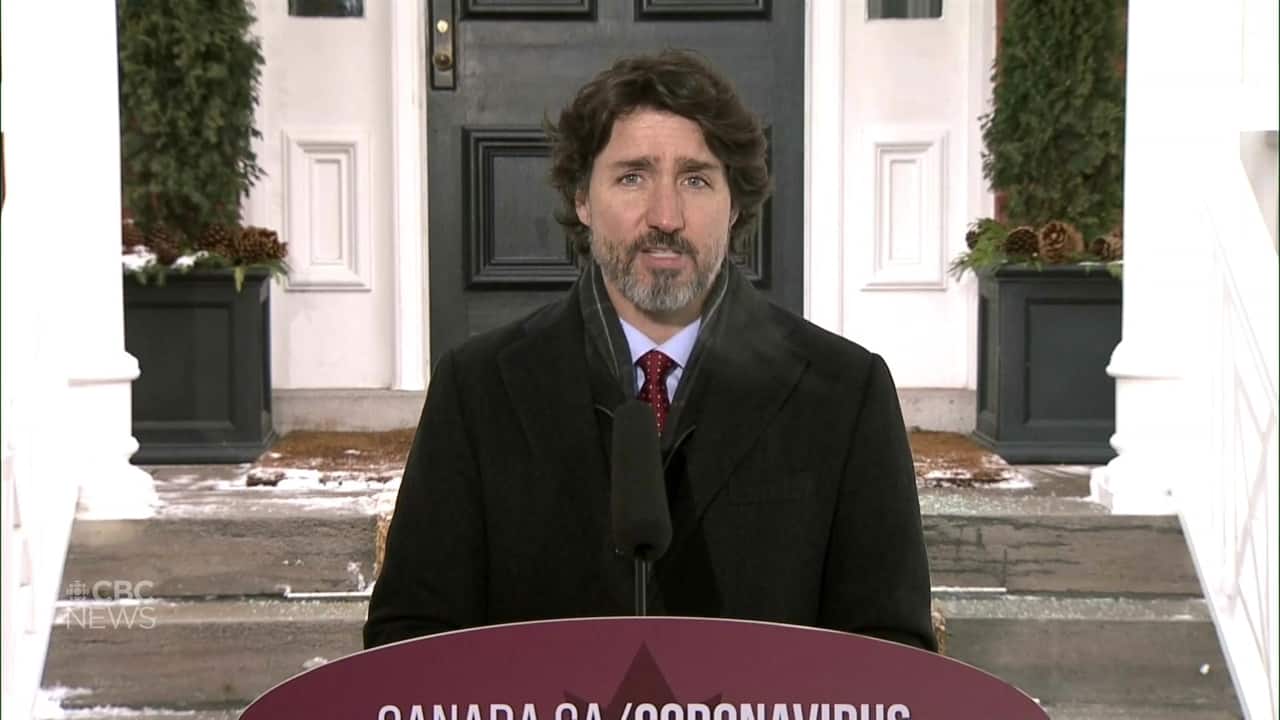 The phone call comes a day after Trudeau held a call with provincial and territorial premiers, several of whom pressured Trudeau to push back against what they called a dangerous precedent. Alberta’s Jason Kenney, Ontario’s Doug Ford, Saskatchewan’s Scott Moe and Quebec’s François Legault all pushed the prime minister to take action to save Keystone.

The details of that meeting were first reported by Global News and confirmed by CBC News.

In a letter sent to Trudeau today, Kenney called for economic retaliation against the U.S. or compensation for TC Energy and the province for the loss of billions of dollars.

“By retroactively revoking the presidential permit for this project without taking the time to discuss it with their longest standing ally, the United States is setting a deeply disturbing precedent for any future projects and collaboration between our two nations,” the letter reads.

“The fact that it was a campaign promise makes it no less offensive. Our country has never surrendered our vital economic interests because a foreign government campaigned against them.”

“His record shows the American people that he’s committed to clean energy jobs, to jobs that are not only good, high-paying jobs, union jobs, but ones that are also good for our environment. He thinks it’s possible to do both,” Psaki said.

Biden opposed the Keystone XL expansion as U.S. vice-president under President Barack Obama, who blocked the project in 2015.

“He had opposed the Keystone pipeline … and he’s been consistent in his view and he was delivering on a promise he made to the American public during the campaign,” Psaki said.

Canadian proponents of the project have argued that Canada has strong environmental regulations governing the extraction of crude oil, and that the project is much more environmentally-friendly today than it was five years ago when Obama blocked it.

Earlier Friday, NDP Leader Jagmeet Singh said Kenney has shown “a complete lack of leadership by pursuing a misguided position that failed to help workers and has hurt Albertans.”

Singh said that the Alberta government needs to put out-of-work energy employees to work closing down abandoned oil wells — a way to boost employment while helping the environment.

Singh said Kenney’s decision to invest in Keystone XL despite its uncertain future was “a massive, abysmal failure.”

“We’ve got a premier who is so disconnected from reality, given the clear evidence this was no surprise,” he said. “There is no surprise that Joe Biden was going to discontinue this and there’s no surprise that the world is headed in a direction that is making it harder and harder for energy sector workers.”