U.S. President Donald Trump spent Christmas Day golfing at his West Palm Beach club while millions of Americans faced the risk of losing jobless benefits on Saturday and the threat of a partial government shutdown next week if he refuses to sign a $2.3 trillion US coronavirus aid and spending package.

Democratic president-elect Joe Biden, whose victory Trump still refuses to acknowledge nearly two months after the Nov. 3 election, spent the day at his Delaware home and had no public events, according to his staff. Biden takes office on Jan. 20.

Trump stunned members of both parties when he unexpectedly announced this week his dislike of the $2.3 trillion US spending bill, a package that had taken members of Congress months to negotiate. The bill provides $892 billion US in coronavirus relief, and $1.4 trillion in regular government appropriations.

A source familiar with the situation said many White House officials were caught by surprise. While his strategy going forward on the bill is unclear, he could still sign the package given he has not made an explicit veto threat.

The bill is now at Mar-a-Lago, Trump’s Florida resort, awaiting his decision.

Without his signature on the coronavirus aid bill, about 14 million people will lose unemployment benefits on Saturday, and a partial government shutdown will begin on Tuesday.

The White House said the president was briefed on a Nashville vehicle explosion that injured three people in what police described as an “intentional act.”

On Christmas Eve, Trump tweeted a series of grievances, repeating baseless claims about the election result, including one aimed at Senate Republicans, whom he accuses of abandoning him because many now publicly recognize Biden as the winner.

Made many calls and had meetings at Trump International in Palm Beach, Florida. Why would politicians not want to give people $2000, rather than only $600? It wasn’t their fault, it was China. Give our people the money!

Trump, who was represented in the negotiations with lawmakers by Treasury Secretary Steven Mnuchin and had not objected to the terms prior to the votes in the House of Representatives and Senate, complained that the package was too full of money for special interests and foreign aid, and said the $600 US in direct payments to most Americans was too small.

Instead, he demanded that the amount be increased to $2,000.

Americans face an unprecedented holiday season amid a pandemic that has killed more than 320,000 people in the United States, and the daily death toll is repeatedly well over 3,000 people, the highest since the pandemic began. 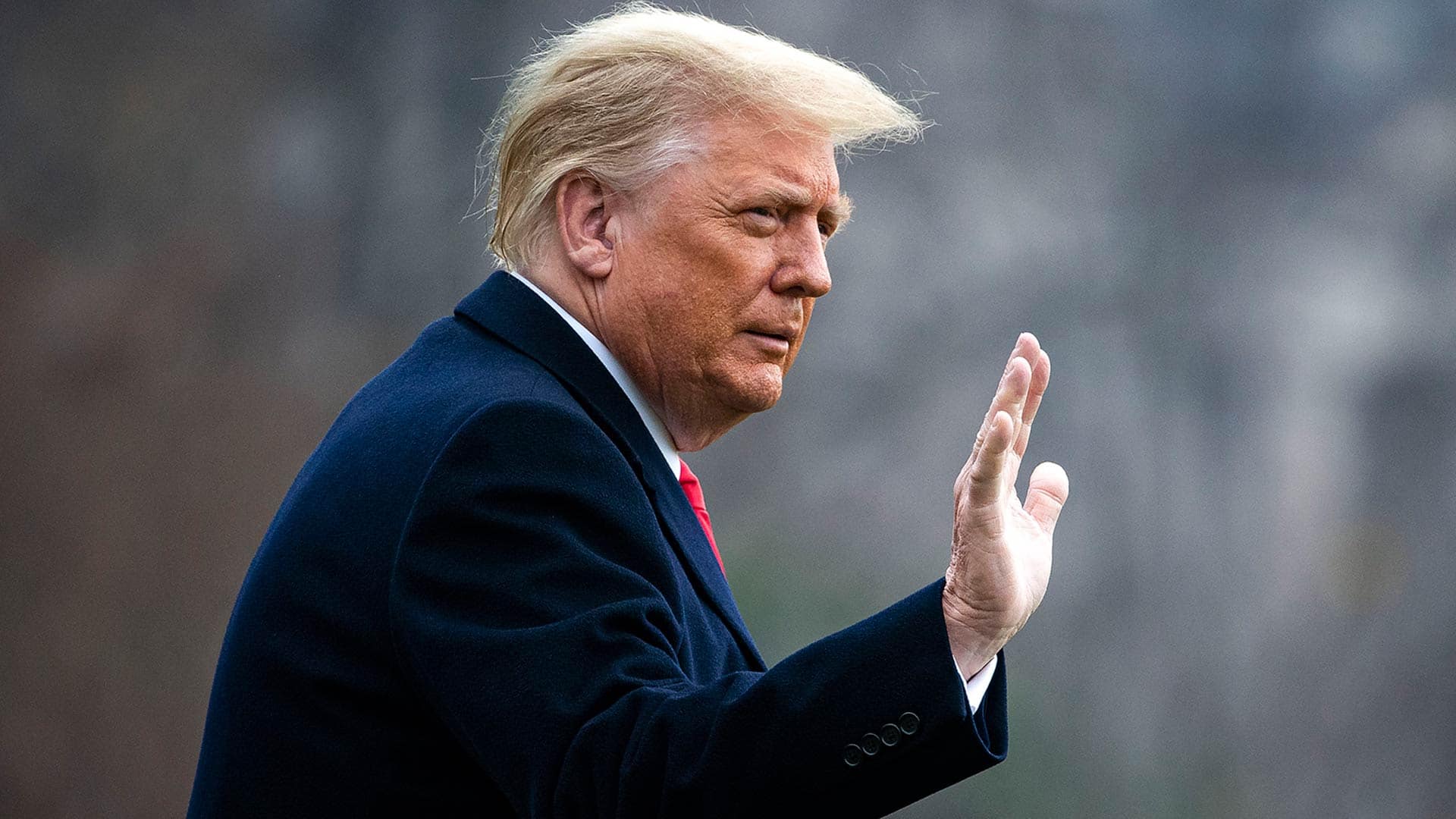 U.S. President Donald Trump has made a series of controversial pardons, including allies Paul Manafort, Roger Stone and Charles Kushner. But some critics are singling out his pardon of four military contractors responsible for the massacre of 17 civilians in Baghdad in 2007.3:07

Meanwhile, Congress, which normally is adjourned the last week of December, will be preparing to return to work.

On Monday, following the Christmas weekend, the House of Representatives is scheduled to vote on overriding Trump’s veto of a $740 billion US bill authorizing the country’s defence programs. If the House vote succeeds, the Senate could hold its vote as early as Tuesday.

Trump could also choose to take advantage of a situation known as a “pocket veto,” rather than outright vetoing the coronavirus aid package.

Because the current Congress expires on Jan. 3, Trump could let the normal 10-day period that a president has to sign or veto a bill simply run out. Bills die if they are not enacted during the Congress in which they are introduced.

If he does issue a veto, the House and Senate could try to override it next week. Congress might also have to pass a stopgap spending bill on Monday, before money that funds government operations expires at midnight.

Also on Monday, the Democratic-controlled House plans to vote on legislation providing one-time, $2,000 checks to individuals to help them during the coronavirus pandemic.