Turning 60 and no turning back 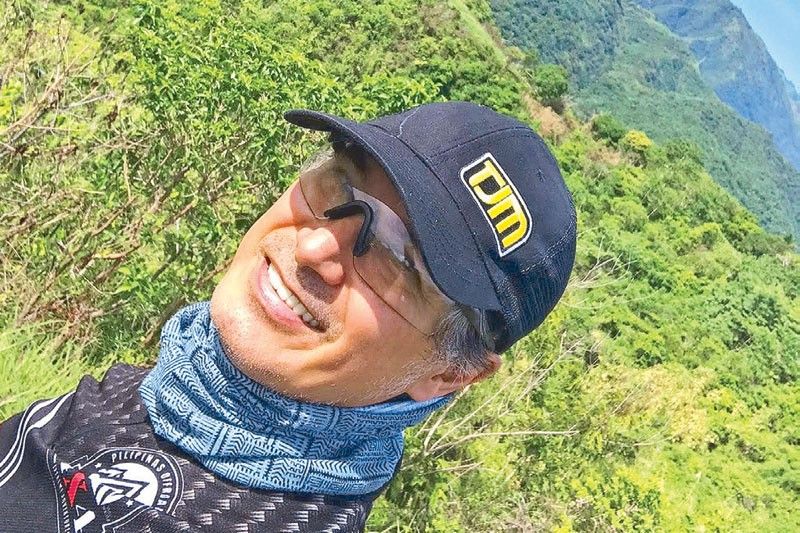 Welcome to the Seniors Club!

He doesn’t look it but Albert Martinez is turning 60 tomorrow, April 19 (at the junction of Aries and Taurus). Yes, turning 60 and no turning back. Only looking back.

“As they say, actually it’s just a number,” muses Albert. “But when you realize that turning 60 is being a senior citizen, you really have to prepare for that milestone in your life. I have been preparing for it.” 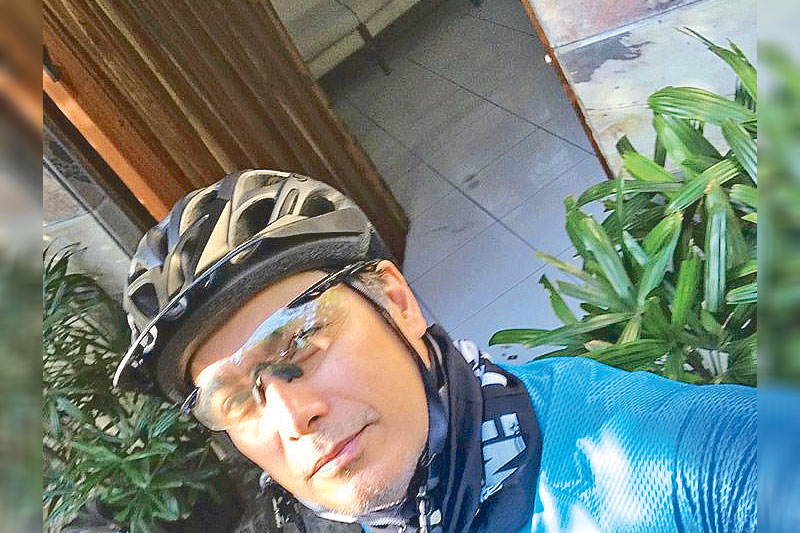 Every morning at 6 o’clock, Albert goes around the village where he lives on his 20k bike.

He calls it “streamlining” (others call it “downsizing”).

“I have so many things that I don’t need anymore,” including 22 classic (not vintage) cars he has been collecting since 1995, luxury watches and expensive clothes and shoes. “I will keep only very few, the ones that I use every now and then. For five years now, I’ve been driving a Ford E150 Camper.” 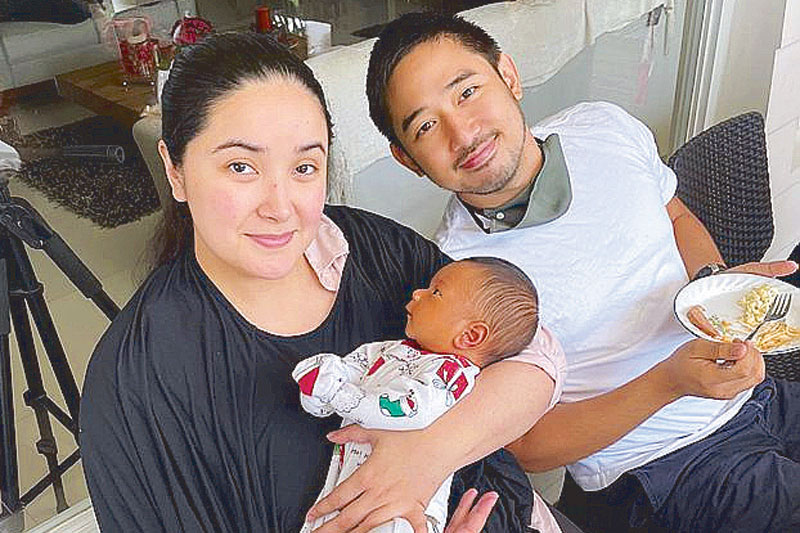 Weekends, he goes ‘off roading’ in Tanay. With children from far left: Alyanna and daughter Adalynn camping in Treasure Mountain; Alfonso and wife Miki Hahn with their son Arturo; and Alissa and husband Paulus Reyes with son Amati.

There are also certain things that he may not be able to do anymore.

“Like extreme adventure…I used to bike from Quezon City to Laguna with my group. Tigil na siguro ‘yan. Hindi na bagay sa age ko. Aside from a road bike, I also have a mountain bike for riding around mountains. Tigil na rin ‘yan.”

Except for his silver top which becomes him as if he was to the color born, not a part of his well-toned body betrays his years. Why, he could even pass for the kuya of his children and in-laws (Alyanna, married to Roy Macam with one child; Alissa to Paulus Reyes with one child and Alfonso to Miki Hahn with one child). 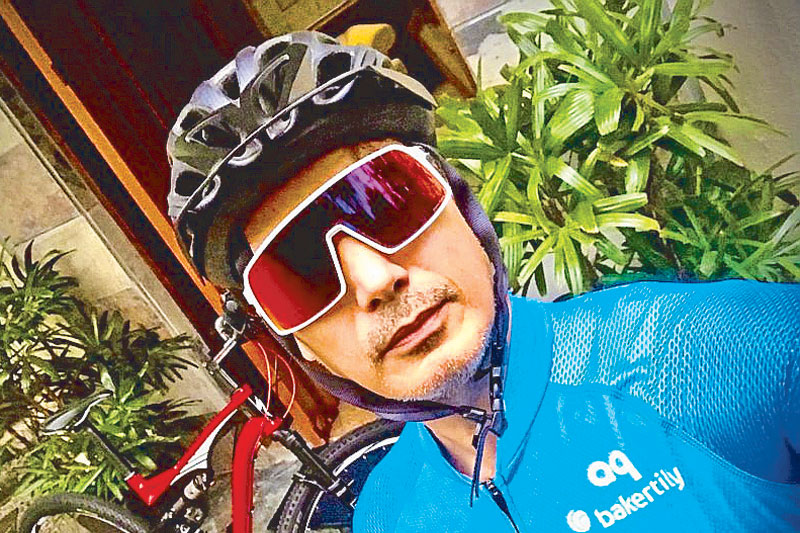 “I take good care of my health because I want to see my grandchildren grow up and graduate from school. I want to go camping with them. They are just babies now. I don’t want to feel old. I take a cup of coffee, with stevia, in the morning and just one meal a day, usually at 3 p.m. Not too heavy but just protein, green leafy vegetables and black rice. I don’t take anything with sugar. That’s all our body needs.That’s why my mind is even sharper now and I can memorize long lines in the script faster. I work out regularly and I make sure that I get a good sleep every night. I want to be in good shape. I’m not taking any medication, only vitamins and supplements.” 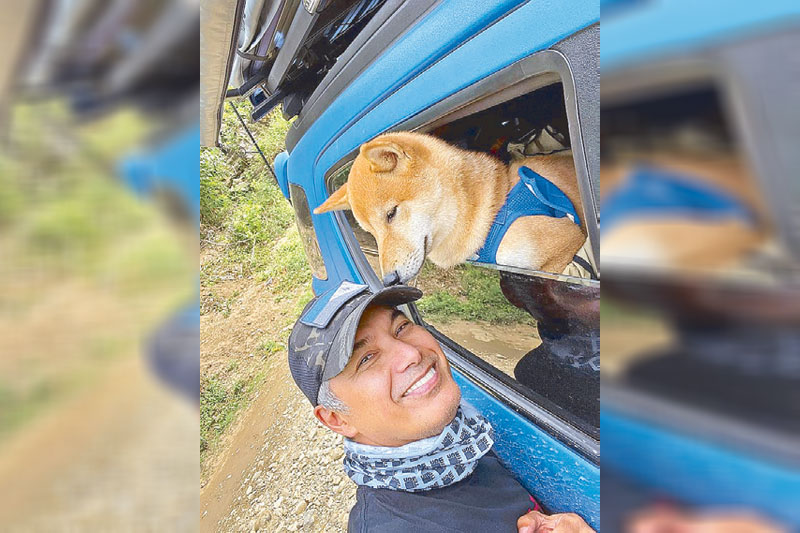 ‘I’m travelling light through life. I have my dogs; I enjoy the company of my three grandchildren. I go camping to break the boredom and monotony of being locked down at home. It’s a simple life and I enjoy it.’

Since he lost his wife Liezl Sumilang to cancer on March 14, 2015 (12 days short of her 48th birthday), Albert has been living mostly alone in the Quezon City house he shared with Liezl for 29 years. His children have been living apart from him (Alyanna and Roy are in California while Alissa and Paulus are migrating to Vancouver). Alfonso and his family are temporarily living with Albert while his house in New Manila is being renovated.

Hasn’t his house become much too big for him?

“You know what,” Albert says, “two years ago, I moved to a condo unit but I stayed there for only four months. I didn’t enjoy it. I realized that I was not a condo person. So I moved back to the old house.”

“I love it when the children and their families are around. We usually spend Sundays together. We miss Alyanna since she’s now in the States. It’s fun. During the holidays last year, they were all at home. They recall to their children, ‘We used to play here, this is where we used to sleep.’ It was so much fun. They would tell stories over meals, talking about things that I couldn’t relate to. Kwentuhan sila, tawanan sila, habang ako karga-karga ang mga apo ko. I always look forward to our time together.”

Does he spoil his grandchildren? 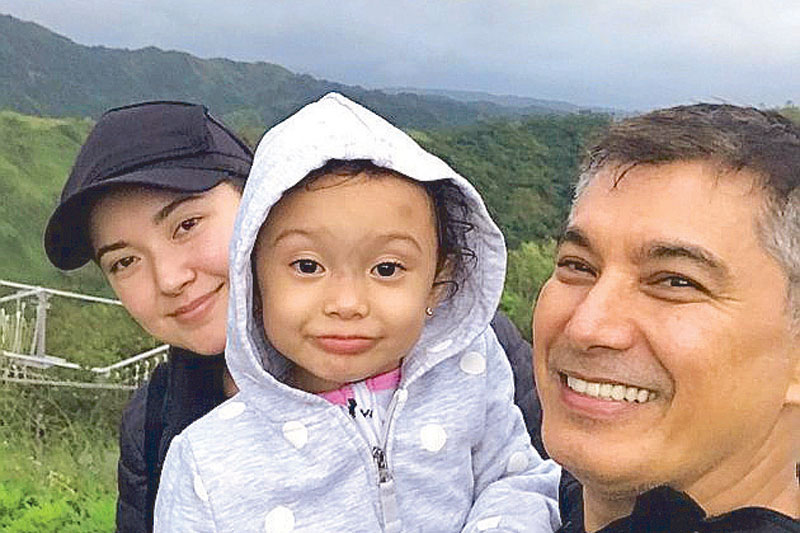 He will get his senior card soon, excited about the 20-percent discount.

“I will treat my children and my grandchildren with McDo, delivered to their homes.” 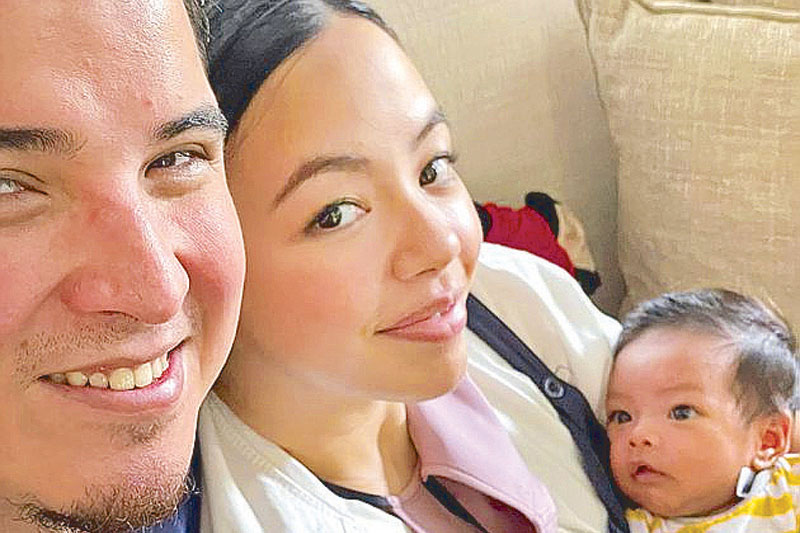 While waiting for the start of his lock-in shoot for the GMA series Las Hermanas (with Yasmine Kurdi and Thea Tolentino), Albert goes camping to break the boredom and monotony of staying home.

“Usually with Alfonso and Alissa or with friends. Mahirap ‘yung nakakulong ka sa bahay. When we are out in the mountains, it is so liberating, so refreshing. Good for your mental health.”

Time for some looking back. Is there anything that he would have done differently?

“None. I live a very challenging and very colorful life. I’ve been through many trials. You know what I mean. My life is an open book. Everything that happened in my life made me a better person, made me a survivor. It made me who I am today. I have no complaints, no regrets. Lahat ng nangyari may aral akong natutunan. Mahirap pero ganoon talaga ang buhay. That’s life!”

What’s the most daring thing that he has done?

“Eloping with Liezl.” (It happened in San Francisco, California, on the night Liezl turned 18. Liezl’s mom, Amalia Fuentes, was furious. But love will always find a way, harangan man ng sibat.) “It was a life-and-death situation. I could have landed in jail.”

And what would he consider the three things he’s most proud of?

“One, marrying Liezl. I went to the States purposely to elope with her. Two, having grandchildren. Three, rediscovering my career.”

In the States, he worked at a gas station, at Walter Mart and as a baker (and eventually becoming manager of the bakery).

“When I eloped with Liezl, I thought I was done with showbiz…until I started watching Filipino films, sometimes six films at a time. My passion for acting was rekindled. Nainggit ako sa mga actors na napapanood ko. I was built up as a matinee idol and I never really enjoyed it. I didn’t like being just a star; I wanted to be an actor.”

So he and Liezl came back.

Albert re-invented himself as a serious actor in the mold of an Eddie Garcia who could be a bida or a kontrabida with amazing facility.

“That gave me real fulfillment. I was able to create memorable characters. I learned what ‘craft’ was all about. What turned me on were those actors I watched who could do different characters. I realized that acting is not all about money; it’s about performance.”

And three movies that he is proud of?

“One, Segurista by Tikoy Aquiluz (with Michelle Aldana as his leading lady). Tikoy made me a natural actor. It was my first role as a kontrabida. Two, Rizal sa Dapitan, also by Tikoy. Three, Magnifico by Maryo J. delos Reyes.”

“At that time, hindi pa uso ang ‘m-to-m’ (man-to-man) love story. The characters, which I play with Eric (Quizon), are gay but hindi obvious na gay, not like the parlorista gays in other movies. The movie was accepted and appreciated by the public.”

Then he talks about what he describes as “the darkest chapter of my life” — Liezl’s battle with the Big C.

“That was the biggest letdown of my life. What could we have done so it wouldn’t happen? Have I done enough? That was what troubled my mind, what haunted me. We did everything we could, research at kung anu-ano pa, but still I wondered, have we done enough? I was in limbo for seven years. I would struggle to get some sleep with all questions in my mind. I would wake up anxious about what was going to happen.”

Liezl is irreplaceable, according to Albert. Marrying again is farthest from and not even in his mind. And there’s a Big But.

“I’m not looking but if somebody comes along and makes my heart beat again, maybe…Mahirap sabihin ayoko na, I’m not closing my door. But as of now, I’m enjoying the company of my grandchildren. They are my life now, my happiness.”

He’s traveling light through life and he’s happy with it.

“I am at peace with myself. I am proud of what I have accomplished with myself, with my family, with my business and with my career. No regrets, no hatred in my heart. I have forgiven those who have done me wrong. No chips on my shoulder.”