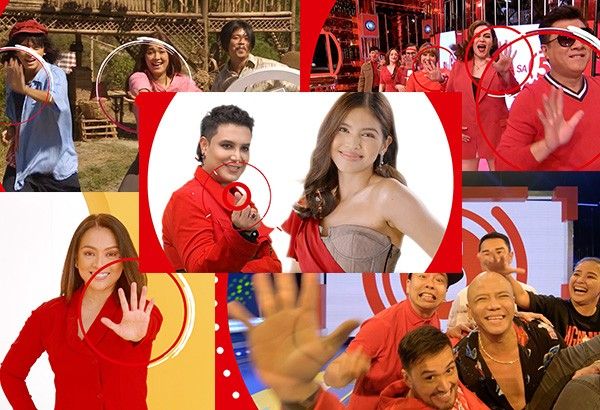 MANILA, Philippines — TV5's station new station ID shows a mix of its own content and titles by blocktimer ABS-CBN. It also popped up a surprise with Maine Mendoza joining its upcoming talent reality show.

The jingle is composed by Jeff Arcilla, the man behind "Apat na Buwang Pasko" and the original singer of the World Youth Day Song, "Tell the World of His Love."

"The concept behind it is to showcase the wide range of programs and genres that TV5 now provides the Filipino audience. Since TV5's transition back to entertainment, it has now become a one-stop channel for all types of content—dramas, game shows, talent shows, variety, movies, series, news, and sports. Viewers can just tune in to TV5 and find all these there," chief operating officer Dino Laurena explained.

Maine Mendoza is set to co-host the reality talent search "Pop Pinoy" with "Eat Bulaga" co-host Paolo Ballesteros. The show is on the lookout for the next big girl and boy groups that would propel P-pop into the world stage.