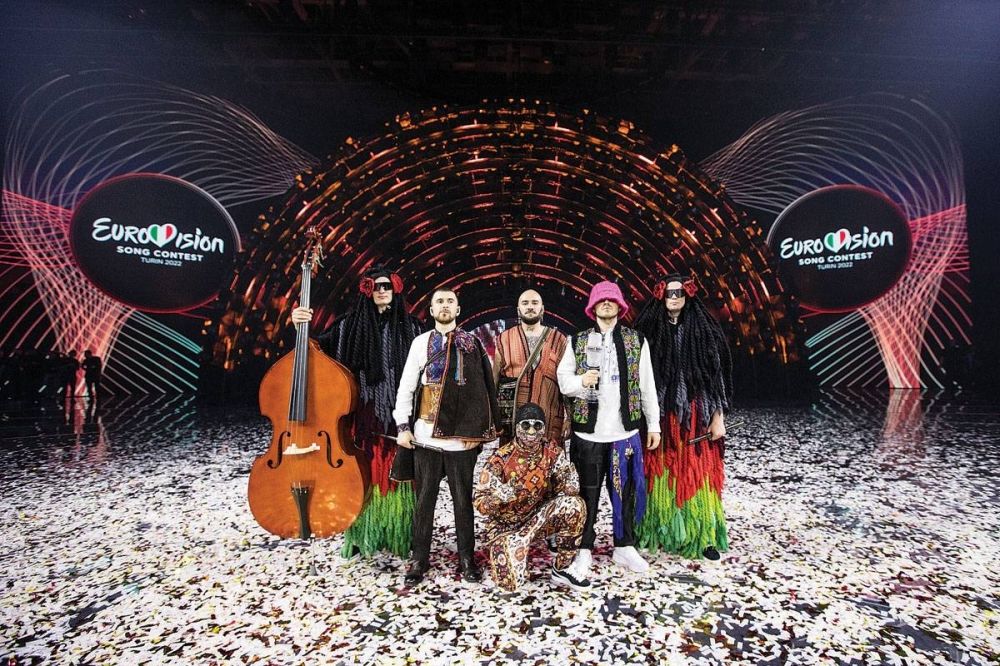 Amid the current situation in their country, Ukraine has won the 66th annual Eurovision Song Contest, held in Turin, Italy.

The winning song was titled “Stefania,” composed and performed (in the Ukranian language) by Kalush Orchestra.

Kalush is a rap group based in Kyiv. The band consists of Oleh Psiuk, Ihor Didenchuk, Vlad Kurochka, Tymofii Muzychuk, Vitalii Duzhyk, and Sasha Tab. Kurochka, also known as MC KylymMen, serves in the Ukrainian Territorial Defense Forces during the Russian invasion of Ukraine. Didenchuk is also a part of Go_A, a folk trio that represented Ukraine in last year's edition in the Netherlands.

According to the Eurovision website, the song's lyrics are a tribute to the mother of Psiuk named Stefania.

Ukraine won the contest with 631 points, followed by the United Kingdom's Sam Ryder with the song “Space Man” with 486 points; and Spain's Chanel with the song “SloMo” with 459 points.

Australia, represented by Filipino-Australian singer Sheldon Riley with the song “Not the Same,” finished in 15th place with 125 points.

The total points were announced separately during the event, with votes from national juries coming first, followed by public votes.

This was Ukraine's third victory in the contest's history, having won in 2004 and 2016.

Mariupol and Azovstal are among the hardest hit areas during the Russian invasion.

For the United Kingdom, which has won five times in the past, this was their 16th time finishing in second place, and their first top 5 placing since 2009.

Ukrainian president Volodymyr Zelenskyy said Ukraine will host next year's contest and suggested holding the contest in a “rebuilt” Mariupol.

“Our courage impresses the world, our music conquers Europe!” he wrote in Ukrainian. “Next year Ukraine will host Eurovision! For the third time in its history. And I believe, not the last. We will do our best to one day host the participants and guests of Eurovision in Mariupol. Free, peaceful, rebuilt!”

Though traditionally, Ukraine would host the 2023 edition of the contest, it is not yet clear where next year's edition will be held, as Ukraine is still reeling from the invasion by Russia. Kyiv hosted in two different editions, in 2005 and 2017.

Italian band Måneskin, who won the previous year's edition in the Netherlands, tweeted the victory of the Ukrainians was more than well-deserved.

“This means even more than a well deserved victory,” the band said on Twitter. “In dark times music is always able to bring light and make everyone feel closer. Thank you.”

Jamala, the Ukrainian singer who won the 2016 Contest said history repeats itself.

“Sometimes history repeats its unforgettable moments,” she wrote on Instagram. “Congratulations to all of us on winning Eurovision 2022. Now we are waiting for a complete victory of Ukraine and peace in our country.”

Ukraine was originally going to be represented by singer Alina Pash, but was barred from competing because of having gone to the disputed territory of Crimea. Kalush finished 2nd in the country's national final to Pash before eventually getting the green light to represent Ukraine in the Contest.