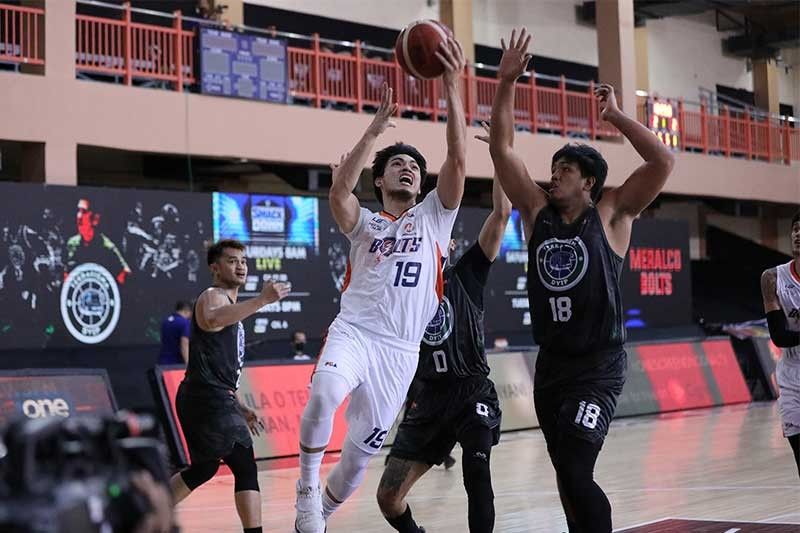 MANILA, Philippines – Despite missing stars due to injury and coming from a long layoff, the Meralco Bolts rallied to beat the Terrafirma Dyip, 95-83, in the PBA Philippine Cup at the DHVSU Gym in Bacolor, Pampanga on Thursday.

Without Chris Newsome and Cliff Hodge, six different Meralco players finished in double-digit scoring to fend off the slumping Dyip.

Bong Quinto, who sparked a strong start for the Bolts, scored a game-high 17 points to help Meralco improve to 6-2 and keep alive their hopes for twice-to-beat advantage in the quarterfinals.

Meralco needed to keep at bay a gritty Terrafirma side until the fourth quarter wherein they finally pulled away and led by as much as 14 points in the final minute.

The Dyip kept themselves within striking distance, even taking a one-point lead in the third quarter.

But a fourth salvo where the Bolts outscored the Dyip 22-13 shut the door on the Terrafirma.

The Dyip thus fell to 3-7 in the standings.

Allein Maliksi, Reynel Hugnatan, Raymond Almazan, and Alvin Pasaol also finished in double-digits in the win for the Bolts.

Share
Previous The wealthier, the greener: Why trees are more common in higher-income neighbourhoods
Next Groups call for better pandemic response as Metro Manila curbs ease