UP Law profs urge House to ‘do right by the people’, junk ‘baseless’ ouster rap vs Leonen 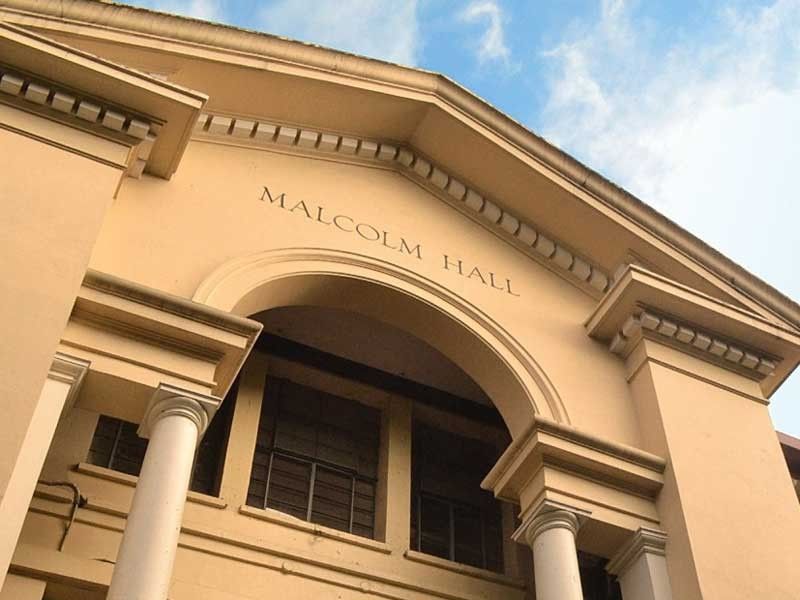 This undated photo shows Malcolm Hall, the main building of the UP College of Law at UP Diliman

MANILA, Philippines — More than 130 members of the faculty of the University of the Philippines College of Law backed their former dean, Supreme Court Associate Justice Marvic Leonen, against an ouster bid that they called “baseless.”

The law professors urged the members of the House of Representatives “to do right by the people” by junking the impeachment complaint and prioritizing more important work for lawmakers.

“We must not allow this latest assault to send our nation further down the dark road, especially while a global pandemic still hangs over all our heads and threatens to bring our society into despair and destitution,” they said.

“Overcoming the pandemic demands the undivided attention of the Executive and Legislative Branches, and the spectacle of political circuses should not distract the government from this far more important task,” the law professors added.

Deputy Speaker Rufus Rodriguez, a lawyer, said last week that the House justice committee might be able to tackle the impeachment complaint in 2021.

RELATED: Leonen says he trusts lawmakers to 'do right thing' on impeachment rap

No grounds for impeachment

Edwin Cordevilla of the Filipino League of Advocates for Good Government — not to be confused with the Free Legal Assistance Group — in his complaint filed last week accused Leonen of violating the Constitution and of betrayal of public trust over the justice’s supposed failure to dispose of 37 cases and his supposed failure to file Statement of Assets, Liabilities and Net Worth when he was a law professor.

But the UP Law professors noted that the complaint does not state “grounds for impeachment — certainly, not the alleged sloth or alleged incompetence or even that he frequently dissents—yet he has been targeted because he dares to uphold the laws and procedures that try to safeguards our electoral processes against the whims and abuses of those seeking greater political power.”

“He is under fire because he remains a steady, sanguine, and intelligent voice against the increasingly unreasonable demands of despots-in-waiting and their cohorts,” they added.

Leonen is the member-in-charge of Marcos’ vice presidential poll protest.

Marcos and Calida previously sought to inhibit Leonen from the proceedings, claiming bias and deliberate delay in deliberation of the case. The SC however junked both of their unrelated but similar motions.

Gadon and Marcos, through his spokesperson, both denied that latter’s hand in the impeachment complaint.

The UP Law professors, meanwhile, stood by Leonen and vouched for his character, integrity and principles.

They admitted that while they do not always agree with what Leonen has written while on Court, they value the freedom to think and to hold an opinion. “We aspire for an independent, responsive, relevant and principle judiciary that stands for, and serves, the people,” they added.

They also stressed that Leonen has emerged as a respected voice for “a more independent judiciary, a more responsive arbiter of rights, and a more relevant force for more meaningful freedoms,” which are features of a working democracy.

Leonen served as dean of the UP College of Law from 2008 to 2011. This statement is the latest among expression of support for the SC justice.