UP’s Perasol tells Fil-Am hopefuls: ‘Have an edge’ to play in Philippines 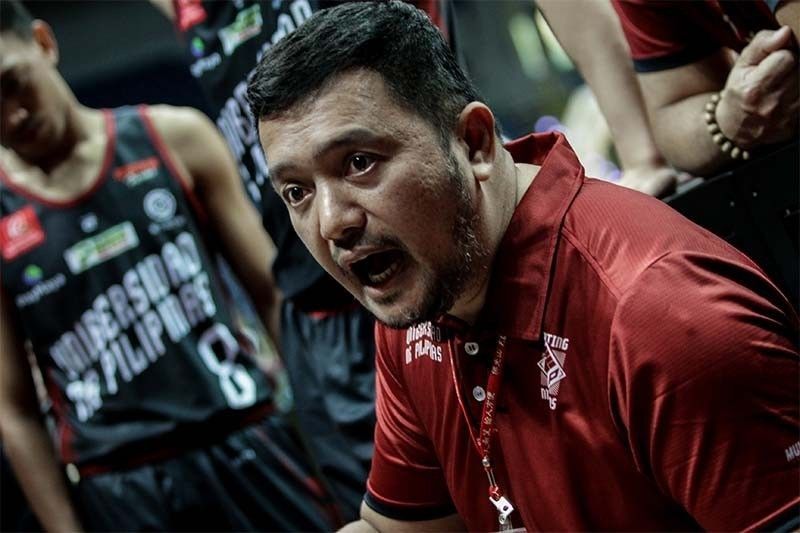 MANILA, Philippines — Filipino-American basketball hopefuls had a chance to receive important advice from some of the best Philippine collegiate coaches in Fil-Am Nation Select's Building the Bridge showcase.

Among those who shared their insights to the basketball prospects was UP Fighting Maroons head coach Bo Perasol.

Perasol, who led the UP Fighting Maroons back to the UAAP Final Four conversation, spoke to the prospects and advised them to step up their game to be noticed in the basketball-crazy Philippine community.

"If I want to win the UAAP championship… I have to get what's best out there," Perasol said of how collegiate coaches work in recruiting talents overseas.

"What I'm saying is that, for you guys to be able to play here… You need to have an edge. What's going to set you apart from the homegrown talents here," he said.

The Fighting Maroons' program has already been at the receiving end of Fil-Foreign recruitment with the likes of David Murrell, and Sam Dowd already in their lineup.

And the seasoned coach only wants the Fil-Foreign prospects to remember one thing: work for your spot if you want to play in the Philippines.

"[The] Philippines is the heaven of basketball… I want you to have that edge and work on it," he said.

Share
Previous DoH vows Phl will have vaccines that are acceptable to the people; Sinovac to undergo scrutiny
Next After 11 years in jail for less than a gram of shabu, SC acquits 2 drug accused