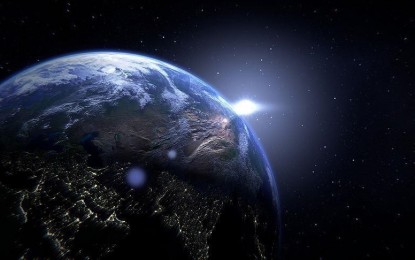 ANKARA – US Space Command on Wednesday confirmed that scientists discovered the first known interstellar meteor to ever hit the Earth.

The meteor, which is known as CNEOS 2014-01-08, crash-landed along the northeast coast of Papua New Guinea on Jan. 8, 2014, CNN quoted a US Space Command document as saying.

The finding came as a surprise for Amir Siraj, who identified the object as an interstellar meteor in a 2019 study he co-authored while an undergraduate at Harvard University, the media outlet reported.

Siraj was working with Harvard University’s Abraham Loeb, a professor of science, to investigate “Oumuamua,” the solar system’s first known interstellar object discovered in 2017, it added.

Loeb and Siraj were unable to publish their findings in a journal because their data came from NASA’s CNEOS database, which does not include information such as the accuracy of the measurements.

After years of trying to obtain the necessary information, they received official confirmation from John Shaw, the deputy commander of the US Space Command, that it was, in fact, an interstellar meteor.

“Dr. Joel Mozer, the Chief Scientist of Space Operations Command, the United States Space Force service component of US Space Command, reviewed analysis of additional data available to the Department of Defense related to this finding. Dr. Mozer confirmed that the velocity estimate reported to NASA is sufficiently accurate to indicate an interstellar trajectory,” Shaw wrote in his letter.

The command is a part of the US Department of Defense and is responsible for military operations in outer space.

An interstellar meteor is a space rock that originates from outside our solar system — a rare occurrence. (Anadolu)