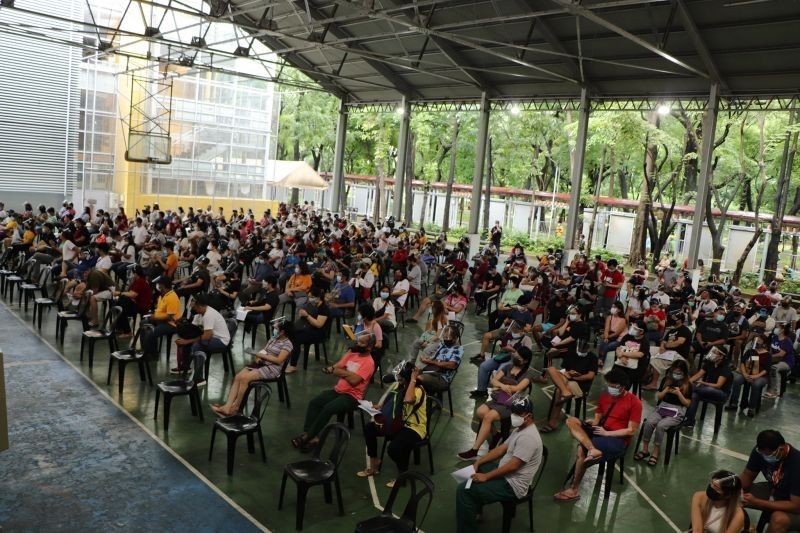 MANILA, Philippines — The campuses of 63 higher education institutions in the Philippines now serve as vaccination sites, with Metro Manila having the most HEIs serving as inoculation centers.

According to data from the Commission on Higher Education, the Philippine capital region already has 11 universities serving as vaccination sites; followed by the Davao region with 10, while Calabarzon, Soccsksargen, and Zamboanga Peninsula are tied with six HEIs each serving as vaccinationa centers.

CHED chairman Prospero de Vera III said it is crucial for universities to become vaccination sites, adding that he has met with HEIs and encouraged them to work with their local governments to become jab hubs.

"There is a need to fast track our vaccination rate as more supplies come in," de Vera told Philstar.com.

He added that when they were inspecting universities applying for limited face-to-face classes, he noticed that the universities have big retrofitted facilities like gymnasiums that can support vaccinations so he suggested turning HEIs into inoculation centers.

However, regions like Cagayan Valley, Mimaropa, and Bangsamoro Autonomous Region in Muslim Mindanao currently have no HEIs that serve as inoculation sites.

One of the 11 HEIs which were opened as vaccination centers in Metro Manila was the University of Santo Tomas, whose students, including those who do not reside in Manila, are eligible for vaccination.

But the hopes of some to get vaccinated at UST were dashed when Metro Manila was placed under Enhanced Community Quarantine for the third time.

Among them is UST student Chyna Patricia Mananquil, who wanted to get vaccinated in Manila before the semester starts.

"I honestly [felt] anxious and sad when I heard the news because the vaccination drive in Bulacan is too slow and getting vaccinated in UST is my only hope," Mananquil told Philstar.com.

This was echoed by UST Central Student Council vice president Gerald Mathew Dela Cruz who said the travel restrictions are a huge setback in the vaccination efforts.

"Many students and staff living in the province wouldn't be able to travel to Manila to get inoculated given the security and checkpoints in the borders of Metro Manila," Dela Cruz told Philstar.com.

But for people living in the provinces like Arlie Bosque, a student from West Visayas State University, opening their school as an inoculation site would greatly help more people gain access to the jabs.

"Hopefully, opening the school as a vaccination site would really speed up the acquisition of herd immunity in the province," Bosque told Philstar.com.

As of August 9, 2021, 11.6 million individuals have been fully vaccinated in the country and these account to 10.65 percent of the whole Philippine population. — intern Siegfred Aldous Lacerna