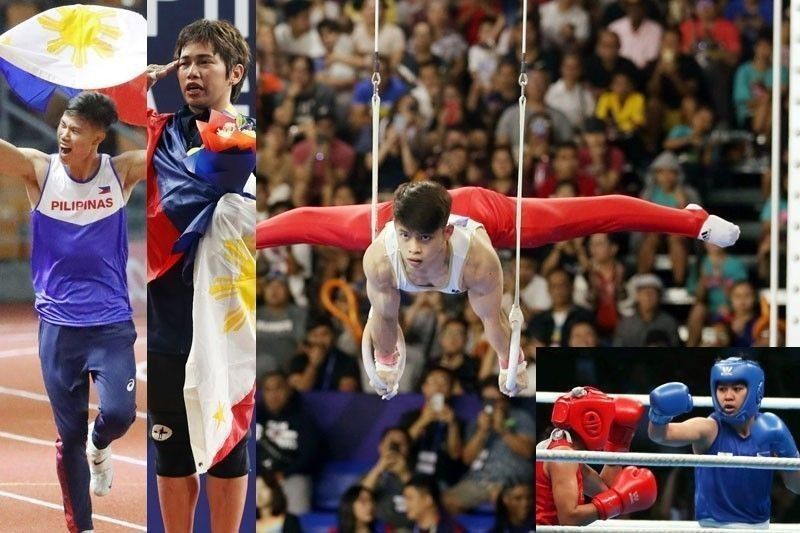 MANILA, Philippines — National team athletes who will be joining the Olympics and the Southeast Asian Games later this year will be receiving their COVID-19 jabs in a matter of a few weeks.

This was the update shared by recently appointed vaccine czar for the 2021 SEA Games Al Panlilio on Saturday, stating that the athletes will likely get innoculated in May or June with the approval of the IATF.

"We're asking permission with the IATF if we can prioritize also the athletes, especially the Olympians," Panlilio said during Noli Eala's Power & Play.

"I think we have a bit of time for our SEA Games athletes [but] hopefully we're seeing the first major tranches to come some time in June," he added.

The basketball executive said that around 1,200 athletes bound for the SEA Games are expected to be innoculated through the efforts of the vaccine task force he leads.

Meanwhile, Olympians, who will be competing at an earlier calendar in July, will be receiving their jabs earlier — with business mogul Ricky Razon of International Container Terminal Services Inc. (ICTSI) already committed to getting vaccines for them.

"We're working with ICTSI that we can get that as early as we can," Panlilio said.

The efforts to bring the COVID jab to national athletes competing this year comes despite the lack of requirement from both the Olympics, and the SEA Games for athletes to be vaccinated in order to participate in the Games.

However, Panlilio would like to ensure the health and safety of the national teams — regardless of the additional effort it takes to get the job done.

"My understanding is that even in the Olympics, it's not a requirement. But I think it is our responsibility to make sure that our athletes are safe so it's good to be on the safe side by vaccinating our athletes," said Panlilio.

Share
Previous SpaceX wins $2.9B contract for NASA moon lander
Next Jazz take down Pacers in Clarkson return but lose Mitchell to injury