Vehicle sales up amid pandemic 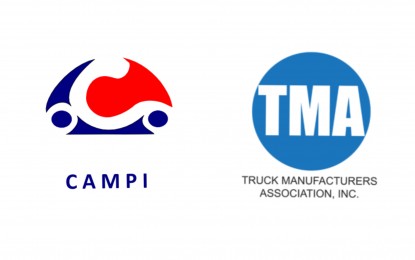 MANILA – Vehicle sales from January to April this year increased by 36.3 percent to 88,155 units from 64,675 units in the same period in 2020, the Chamber of Automotive Manufacturers of the Philippines, Inc. (CAMPI) and Truck Manufacturers Association reported Tuesday.
Both passenger car and commercial vehicle segments grew double-digit during the period.
Sales of passenger cars went up by 54 percent in the first four months of the year to 27,425 units from 17,812 units in the same period last year.
Growth of commercial vehicle sales was slower at 29.6 percent, selling 60,730 units in January to April this year from 46,863 units in 2020.
Compared to April 2020, joint sales reports of the industry groups improved by a whopping 13,315.8 percent from 133 units to 17,843 units last month.
To recall, the entire Luzon was placed under enhanced community quarantine (ECQ), the most stringent lockdown measure, in April 2020.
However, month-on-month sales recorded a 13.8-percent drop from 20,702 units in March 2020.
CAMPI president Rommel Gutierrez attributed the decline in sales to lower demand amid the reimposition of stricter quarantine measures in Metro Manila, Bulacan, Cavite, Laguna, and Rizal.
“Additionally, tighter bank lending continues to dampen the demand for consumer spending especially for big-ticket items like auto amid the pandemic,” he said.
Gutierrez added the provisional safeguard measure on imported vehicles imposed by the Department of Trade and Industry (DTI) continued to impact prices and demand for automotive vehicles.
The provisional 200-day safeguard duties started on Jan. 20 this year, and it is on its 111th day.
The trade remedy was imposed after an investigation of DTI showed that the increasing number of imported vehicles in the country has injured the local industry.
The government slaps an additional PHP70,000 per unit for imported passenger cars and PHP110,000 per unit of outsourced commercial vehicles.
“The additional deposit due to safeguard measures is burdensome in itself to consumers and industry alike,” Gutierrez added. (PNA)