Share
British Columbia·Video
A 14-year-old from Burnaby, B.C., was killed Monday in what police said was a targeted shooting in Surrey, B.C., the second such shooting in the city in a 24-hour period.

A 14-year-old from Burnaby, B.C., was killed Monday in what police said was a targeted shooting in Surrey, B.C., the second such shooting in the city in a 24-hour period.

Sgt. Frank Jang of the Integrated Homicide Investigation Team (IHIT) said the teen was stepping out of a cab Monday night in the 11000-block of 148A Street in the Guildford neighbourhood when he was shot and killed.

"We believe our victim was targeted for murder," said Jang. "Finding out the motive is the question on our minds and we're working hard to figure that out."

Jang said the victim is known to police. The driver of the taxi was not physically harmed and is co-operating with police.

A dark sedan was seen quickly leaving the area after the shooting.

The teen is the second to be gunned down in Surrey in a 24-hour period.

On Sunday night 19-year-old Harman Singh Dhesi was found with gunshot wounds in the area of 137A Street and 90 Avenue in Surrey. He later died in hospital.

Police believe Dhesi was also targeted by his shooter.

Jang said there is no evidence to connect the two cases. He said he couldn't speculate as to whether the 14-year-old's death was gang related.

In both cases a burning vehicle was found soon after at a separate location. 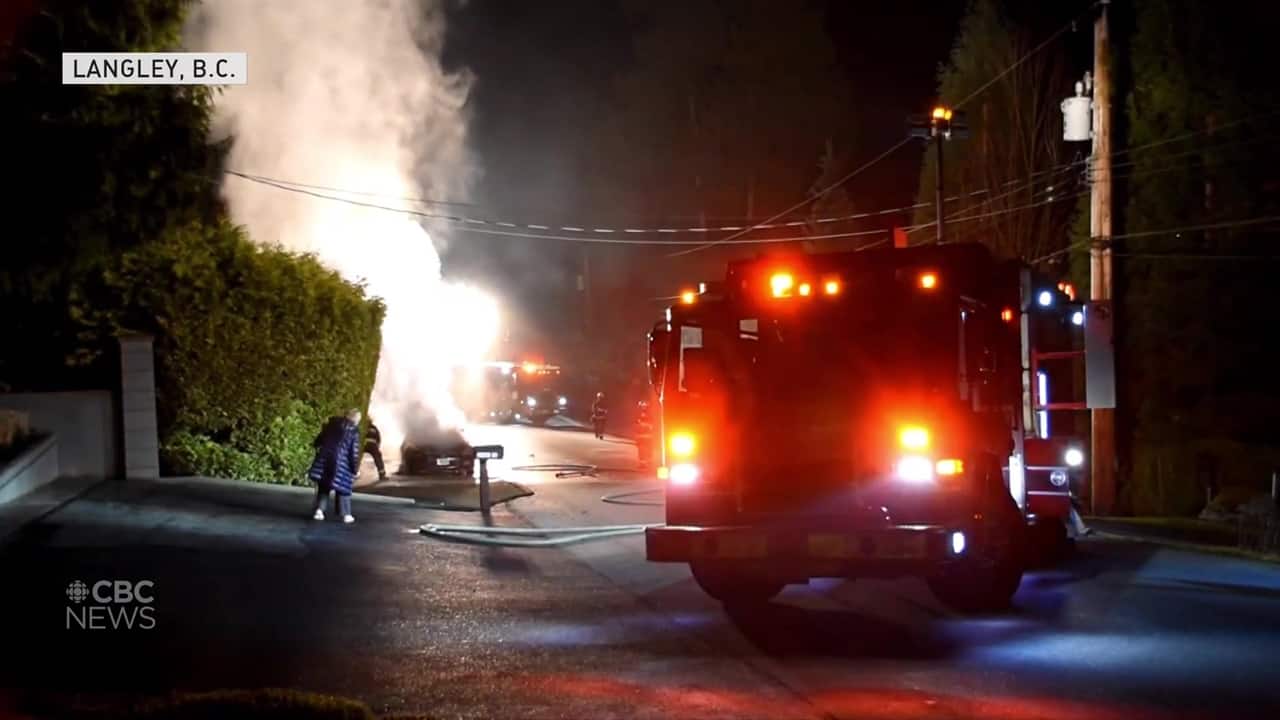 The Integrated Homicide Investigation Team is looking into a suspicious car fire in Langley, B.C. It was discovered just a few hours after a 14-year-old was found shot and killed in Surrey.1:15

On Monday night at 8 p.m., Langley RCMP were called to the scene of a car on fire in the area of 214 Street and 76 Avenue.

Jang said forensic investigators are trying to determine if it's connected to the Guildford homicide.

According to Surrey RCMP Sgt. Elenore Sturko, police and the gang unit are increasing their presence in the city.

"There will be an overt presence of police in the community with an increased number of officers conducting targeted enforcement across the city," she said.