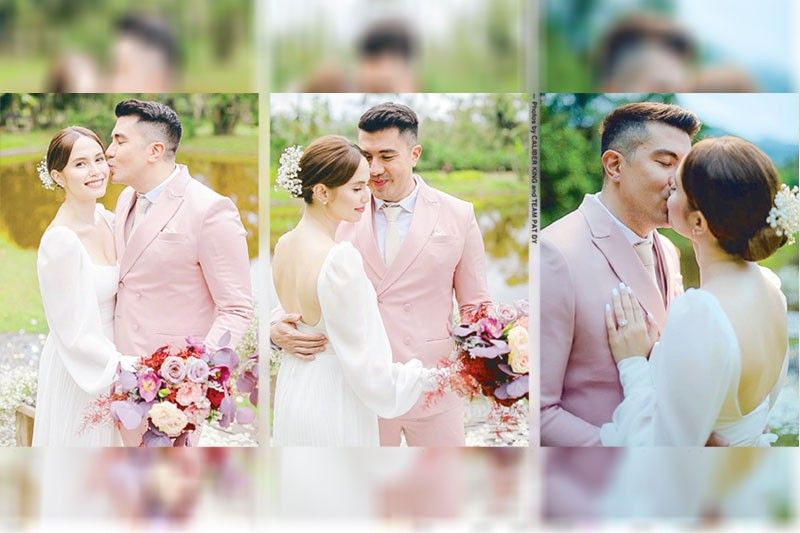 Even Ate Vi was uncharacteristically quiet.

Usually available for comment on whatever topic or issue thrown at her, she was mum on Feb. 21 when asked in a text message if “something important” was happening that day at The Farm at San Benito in Lipa City, Batangas. The buzz early that morning was that her son, Luis Manzano, was marrying his girlfriend Jessy Mendiola two months after they reenacted their engagement in style via a prenup shoot in Amanpulo in mid-December last year chronicled in detail in an exclusive story in The STAR. It was done in elaborate production just like how they do the finale scene in movies. Bonggacious, as they would say in showbiz lingo.

The Feb. 21 affair was wrapped in a conspiracy of silence, as if the no less than 20 witnesses signed a non-disclosure contact — you know, violators (squealers) would be escorted by cops out of the venue.

“Sorry but I promised not to say anything,” Vilma “Ate Vi” Santos said with a vaguely apologetic tone. Correction: “Made” to promise not to say anything. In one very rare moment, she had no choice but to keep her mouth shut. “Anyway, they are adults na and besides, event nila ‘yon, eh.” Was Luis’ manager June Torrejon-Rufino part of the “conspiracy?”

She replied to Funfare’s Feb. 21 message. “What Luis told me is that he and Jessy are taking a weekend vacation at The Farm.”

Didn’t she know that the sweethearts had in tow an event organizer, a videographer, a photographer, a stylist…well, the whole team mobilized for a big event.

“They arrived at The Farm on Feb. 21 pa,” added June. “The couple needed a much-needed break and so be it.”

The “conspiracy” worked until last Easter Sunday when Jessy broke the silence on her YouTube channel. Yes, she and Luis had a civil wedding officiated by Lipa City Mayor Eric Africa and, observing the lockdown protocols, the number of guests was limited to 20 including Ate Vi, the groom’s dad Edu Mazano and stepdad Sen. Ralph Recto.

Jessy revealed that they were scheduled to have a “full wedding” in June and they decided to move it to December when times are (hopefully) back to normal, the month when she turns 29. But they decided to have the civil wedding anyway. Luis is turning 40 on April 21.

At the Amanpulo affair, the motif was blue. At The Farm, the bride wore an immaculate white gown by Patricia Santos (who also designed the Amanpulo gown) and the groom a pink suit by Paulo Lazaro. Jessy’s stylist was Rex Atienza and Luis’ was Jay Sarmiento.

Presumably off-limits to other customers, the venue was dressed up by Gideon Hermosa. Other members of the team were photographer Pat Dy and videographer Bob Nicolas, with Joanne Angeles as organizer-coordinator.

What’s a wedding, whether civil or in church, without tears (of joy) falling?

“Siempre I was teary-eyed,” said Ate Vi. “I just felt soooo happy seeing my son getting married. Sabi ko nga, ‘Totoo na ba ito?’ Of course, I knew about the civil wedding pero they are both adults at sila ang mga nag-desisyon at nagplano ng lahat. What’s important is that mayroon nang Mr. and Mrs. Manzano.”

Luis cried and so did Jessy (but not too much to avoid ruining her make-up).

During the exchange of vows, Luis sort of made the mood lighter by saying, “…They don’t know that I come running home when I fall down. They don’t know who picks me up when no one is around. I drop my sword and cry for just a while…” The bride sheds tears and so does the groom.

Commented Jessy, now dry-eyed, “It sounds like it’s taken from a song.”

She was right. Those lines were from the Gary Valenciano song Warrior is a Child.

Turning serious, Luis vowed, “I want to promise that I will love you each day that comes even on those days na pareho tayong hindi kamahal-mahal, I will choose to love you. I promise to be your rock when you are weak, to put a smile on your face even in the darkest of days.” 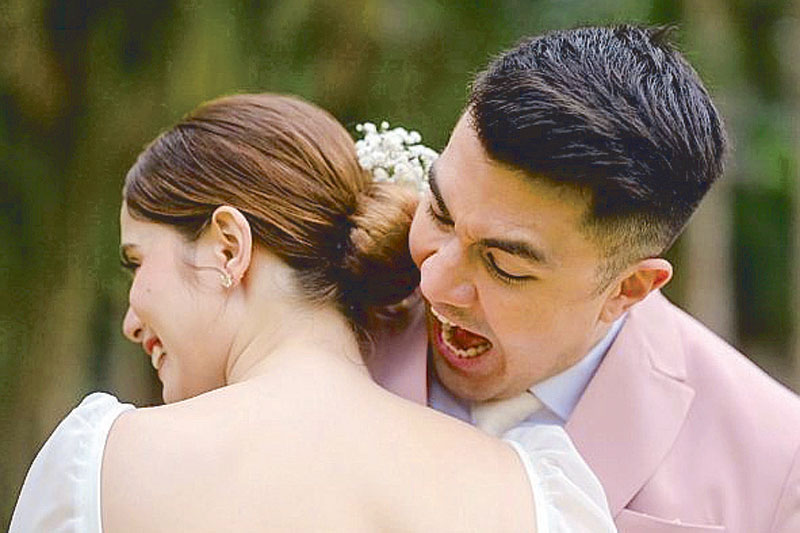 And then, he gets oh-so excited that the ‘vampire’ in him surfaces and almost (but not quite) buries his fangs into his ladylove’s pretty neck.

Jessy replied, “Together in the beginning of our journey, our lives together. I choose to spend today and all my tomorrows with you.”

The honeymoon, supposed to be in Amanpulo, has been put on hold.

The newlyweds will live in the Green Meadows house which Ate Vi and her family used to own.

“Sa kanya na ‘yon,” said Ate Vi. “He was the one who had it fixed and renovated.” What is her wedding gift to the newlyweds?

What she is, and has been looking forward to, is having her first grandchild.

Luis and Jessy will make sure of that.

Share
Previous Three-quarters of oil and gas sector jobs could be displaced by 2050 in move to cut emissions: TD report
Next Powered by sisterhood, women leaders thrive